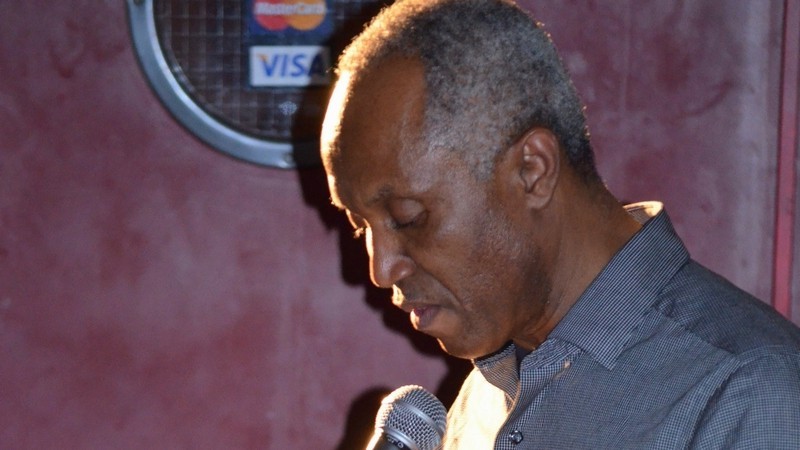 Whether Americans or Africans, my friends reacted in much the same way when I disclosed I was headed for Hargeysa, the capital of Somaliland, to participate in an international book festival.

“Somalia?” one friend asked, a look of deep concern on his face. “Why?”

“No—but, in some respect, yes,” I said. I then explained how British Somaliland had merged with once-Italy-ruled Somalia to form a federation. And how, as a fall-out of the resistance that removed Siad Barre from power and left much of Somalia an anarchic space, the northern clans of Somaliland had opted to form a separate, self-governing republic. Even though Somaliland is bereft of official recognition as a sovereign national entity, its people have run their affairs as a de facto nation-state—complete with an army, police, prime minister, parliament and ministers.

Another friend asked, “Is that not the place where pirates hijack ships?”

Others, in anxious voices, admonished me: “stay safe,” “be extra careful,” “don’t wander.”

There was the impression I was a war correspondent about to venture into a theater of fierce fighting, a bloody war. For that matter, I, too, nursed, some sense of apprehension. Despite reassurances from two writer friends, the Somali novelist Abdi Latif and the Nigerian writer Chuma Nwokolo, I had moments infected by fear.

Despite those residual anxieties—and, in some measure, owing to them—Hargeysa (alternatively spelt as Hargeisa) turned out one of the most moving of the many literary festivals and cultural events I have attended.

The story of my invitation to this extraordinary festival is worth telling. A year and a half ago, Chuma Nwokolo had sent me an email wondering whether I would like to be a guest of the 2015 Hargeysa International Book Festival, the 8th edition of the event. Chuma, the author of such delightful literary romps as The Ghost of Sani Abacha and Diaries of a Dead African, had then participated once in the festival—and had written alluringly about his experiences.

Imposingly tall, his mane of hair remarkable for the dark middle sandwiched by two gray sides, Chuma could easily come across as unapproachable. Instead, his exuberant manner and raconteur’s flair, wedded to a lawyer’s emphatic, methodical mode of delivery, make him an instant crowd charmer. Last year, the organizers of the festival asked him to return for his second outing. Not only was he invited back this year, his third, he was also given the task of curating Nigeria’s delegation, the organizers having decided to honor Nigeria as the “guest” country for 2015.

In the end, the wit and versatile poet, Niyi Osundare, Chuma and I made up the Nigerian team. In number, the writers and participants from Kenya dwarfed us. Of course, Chuma and the organizers had invited a few other Nigerian writers. Some declined due to conflicts in their itinerary. I suspect that one or two others chose to stay away based on the misconception that Somaliland was a hotbed of sectarian terror.

What an amazing reception we got, not only from the organizers but—even more remarkably—from the hundreds of people who packed the capacious conference hall at Guleed Hotel where most of the events took place. Our panel discussion, which explored Nigerian literature, was a big draw.

The festival ran from August 1 till August 6. Day after day, the hall was filled. A passerby might have conjectured that the event was a music concert, instead of a cultural event centered on literature and orature.

In a telephone conversation the day I left the US for the long trip to Hargeysa, the Harlem-based Somali writer, Abdi Latif, had said to me, “You will be impressed.” He had been part of last year’s edition of the event, and spoke highly of Chuma Nwokolo and Jama Musse Jama, the initiator and founder of the Hargeysa Book International Book Festival. It transpired that Latif’s sentiment was a huge understatement.

The celebratory air began in Addis Ababa when I ran into the BBC’s Mary Harper, who was headed to the festival as a moderator. She was just telling me that Chuma was something of a “god” to the festival habitués when, casting a glance backward, I saw the self-same Chuma and Professor Osundare arriving at the departure gate.

As the Ethiopian Airline flight from Addis Ababa made its approach on Hargeysa Airport, I looked out the window on a sprawling landscape of dust, hillocks, and a city that seemed ensconced in a valley. It was a dire portrait, but one that inspired hope. I have always believed that dwellers in deserts have an inborn resiliency, a sense of enterprise and gutsiness to make much out of little. Such a people must be endowed with that can-do, inventive spirit to coax sustenance and life out of an otherwise forbidding, dour environment. That, or they perish.

My spirits soared when, after clearing immigration, we were greeted by a welcome party that had arrived in buses papered with posters of the festival. After posing for photographs, we drove in a convoy to the Mansoor Hotel in Hargeysa. From the airport, it was clear that this was an economically poor country, but one whose people were determined to husband and stretch their resources. The roads were rutted and leeched in places, and plastic bags of various colors littered the more depressed parts of Hargeysa.

Still, Hargeysa was an infectiously upbeat place. Somalilanders impressed me with their ready smiles, their generous laughter, and their habitual extension of handshakes. They came out in such number at the festival because, deep down—even instinctively—they recognized the tremendous reach and power of culture. They knew that culture not only gives identity but also strengthens a people as they grapple with their everyday and existential challenges.

The people I met at the 8th Hargeysa Book Festival, organizers and participants alike, exuded a passion about literature and culture that I had never seen anywhere else before. Some of the most popular panels were conducted entirely in Somali language. I envied the speakers their genius at communicating in their mother tongue, their pride in conveying difficult concepts in their own language. This much was clear: the leaders and people of Somaliland are determined to deploy the resources of their culture to press their case for recognition as a discreet, vibrant nation-state.

It was impossible to witness the Hargeysa International Book Festival without being powerfully moved and convinced. Like me, Niyi Osundare was deeply affected. At one point, he whispered to me, “These people know that culture matters. That literature matters. That memory matters.” It was evident that the awareness Professor Osundare spoke about cuts across different sectors of the society. The chief organizer of the festival, Jama Musse Jama, is a mathematician who took a sabbatical from his teaching in Italy in order to set up a cultural center whose signature program is the book festival. Two medical students spoke to me for more close to three hours about numerous literary issues, and to seek out my advice on how they could become writers. And they attended every session of the six-day festival.

Latif had told me that those who come to the festival buy a lot of books. You had to see it to believe it. In a country whose citizens have little discretionary income, the bookstands were always crowded. And I saw young women and men as well as adults of both sexes buying several books at a time.

In Somaliland I saw for the first time that the people’s reverence for a revolutionary poet named Maxamed Ibraahin Warsame Hadraawi (simply, and affectionately, called Hadraawi), surpasses the notice paid to any political figure. Hadraawi doesn’t own an oil block. He boasts no flamboyant titles save that engraved in the hearts of his people. He used his poetry and his hands to fight Somali dictator Siad Barre. He paid a great price for using his art to resist oppression. When he showed up at the festival, small in physique and even frail, the hall erupted into a carnival atmosphere. I didn’t need any translator to tell me that a hero had come in the midst of his people.

Okey Ndibe is the author of Arrows of Rain and Foreign Gods, Inc.

The Front of the Past: A Short Story By Omale Allen Abdul Jabbar