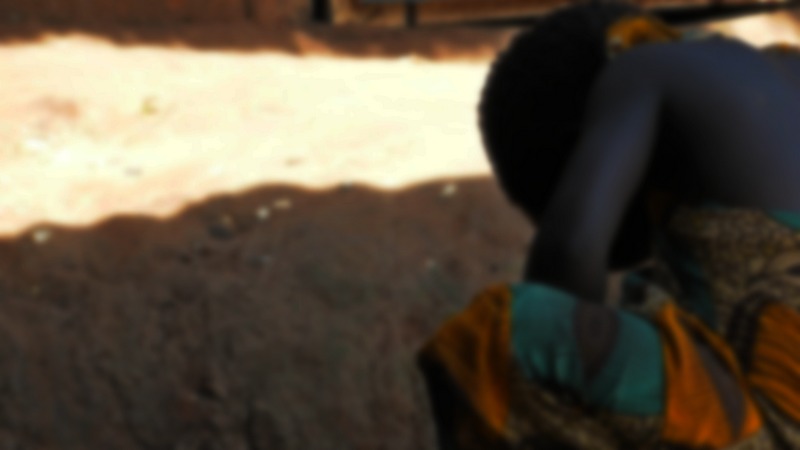 WE SIGNED OUR DEATH SENTENCE

The chickens will not come home to roost
They escaped from cages in Europe, and fled into the wild
They are wandering all over town, singing redemption songs
And dancing on graves of those they pecked and clawed.

But you need not strip naked and bathe in sand
or curse your children for no reason
When your dreams fail to hatch
When your cries of agony aren’t answered
We signed our death sentence
and this, my people, is the price.

You refused to heed ancestral wisdom
even in the gaze of a stranger’s counsel
Stuffed your ears with wax and opened mouths to swallow every poison thrown your way
When the devil came, in a motorcade, singing hosanna
In a tongue too sweet to ignore
You tore others’ throats over their sacraments
And left them gather your souls into ballot boxes!

Why did you entrust them with our granaries
and slaughtering the only beast we’d hunted in the wild
Yet their hands smelt of fresh human blood
And their stomachs swelled with unaccounted chunks of last season’s harvest?
Was it because they are sons of this accursed soil
and a kinsman is never condemned, even after sinning against his people?

Why don’t they chorus and dance to songs of these ridges
Instead of being chauffeured about in tinted guzzlers to hawk slogans
Or fly over our caving roofs, to Dubai or Paris probably
Whilst we besiege filthy streets like vultures, trampled by the giant foot of hunger
Akho, my people: we signed our death sentence
and this is the price!

COMING OF A STORM

This cloud has been hovering over us for a while
Blocking the sun from gazing at our secrets
We saw it and tucked under shed;
Afraid of the heavy downpour.

The fishermen rowed their boats ashore
to secure their loved ones from the impending storm
They couldn’t wait for nets to swallow more fish
Only to find everything in ashes on return.

…and claps of thunder threaten others to wet their pants
Njoroge fastened a monster padlock onto his shop and fled
When some juvenile brats of unknown breed, discord brewing in their blood
Hovered around it like flies over shit
And my brother fastened a rope around his neck
Upon discovering that our fortune had been swallowed
before it could fall into deserving hands.

We have bent our backs long enough
To gather nothings that fall off the king’s table
And clear the ground for his entourage to thrust into our virgin soils
To harvest slaves and sycophants, and preach his gospel to poor masses
Whilst collecting their offerings in ballot boxes.

…and man can’t live on bended knees forever
The age of languishing in the world’s extreme corners is over for earth’s children
We are breaking this engagement;
Since scars are all we can show for our sacrifices
We must end this marriage;
To stop being treated as third-rate partners.
——————

Sighs Against the Wind: A Work in Progress by Chika Unigwe

Raaks The Cock: A Short Story by A.A. Rufai

My Grandmother: A Short Story by Andrew C. Dakalira