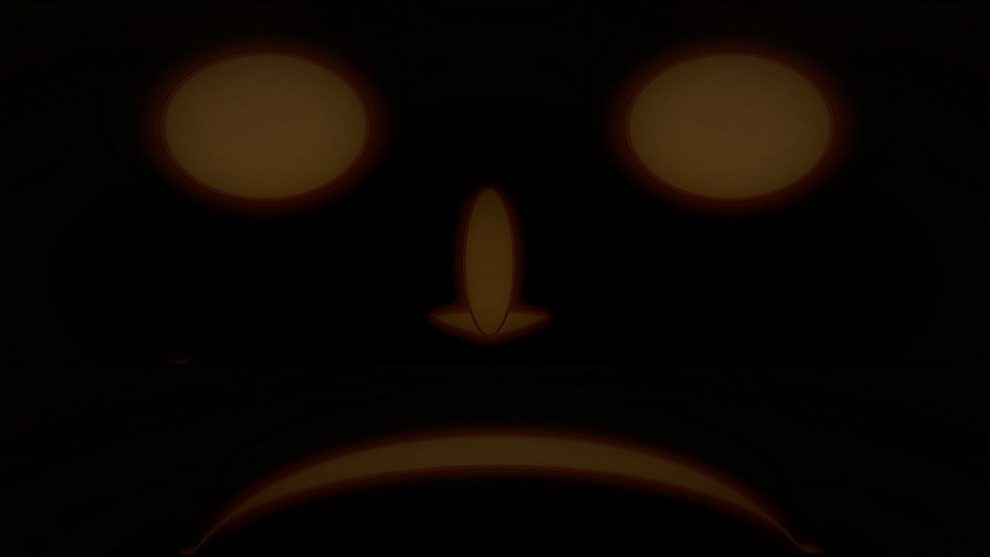 He stood there in semi darkness almost in a world of his own, yet he was a part of everything that moved; he was a part of everything that breathed around him. You could “smell” his presence more than you could see him. Shafts of light from the moving traffic would occasionally illuminate his face, but never stayed long enough to imprint it in our memory. No one could recognize him. Somehow, we knew he didn’t want to be known. The “giant” dark eye glasses he had on masqueraded him well, too big for his size you might say. There was a power about him though; not given or innate, but something he must have taken from a world that doesn’t recognize his kind. With a size small for someone in his place of authority, he was infinitesimal compared to the world, but that didn’t matter, not in the world where Kingpin ruled. No one looked at him; many didn’t even know he was there. Those who did, dreaded him. You could see that. Their eyes watched him as his eye watched them.

He brought out a stick of cigarette; or was it cigarette? Anyway, for Kingpin, the source of fire is irrelevant as long as the fire burns within him. In that brief season of fire, I saw his boys freeze, the music stopped for them. One of his boys who had gone to buy locally made whiskey from the lady peddler froze with the glass to his lips almost in salute. The bus drivers and conductors enjoyed a rare moment of reprieve, a moment enough for a bus or two to escape, the commuters wandered what happened, maybe an angel passed or maybe this is how it has always been and the chaos was just some craziness of our thought. In that brief moment we saw peace and how it should be in a sane world, but this is not a sane world; this is Kingpin’s world.

It was the kind of moment in which a thousand things happened; things that would take another hour to describe. He puffed and the smoke from the cigarette escaped his dark lips and joined forces with the night and then died with the fumes from the jalopy buses that patronized his domain, and life that was held still for that brief moment when he lit his cigarette, that moment of peace, like the wink of an eye, exploded again in its constant noise, pumping violence into the world around it. So, it is not our imagination; this is the real world where Kingpin rules.

I had waited for years to see him, to know him. Many times I have asked myself “Who is the power behind the madness, the boldness, and the ruthlessness of these street children”? And now that I see him I can understand? He was dressed in black. Or was it black? You can’t really say, there was this blackness about him, a darkness that hovered over him, a presence that had nothing to do with size. “There has to be more,” I told myself. Or how can one so vulnerable attract so much command?

Buses going my way came and went but I stood there transfixed, watching mystery do his thing. One of his sons screamed, irked by a bus conductor. Two others came to his rescue and in a moment the bus conductor had been punched and hit with one or two objects, his human rights taken from him. For what looked like forever he had lost his freedom and we all watched cowardly to see how it would end so we could tell the story of the exploits of the area boys. The bus conductor shouted for help. His driver ignored it all. It had become to him a daily routine. We all watched as we always do; it’s the world that lives and breathes around us and we never get involved. That is the law here. Overwhelmed, the boy pleaded for mercy. He finally parted with some cash and was released. He ran and jumped on to his bus again. The driver shouted something about him taking forever. He replied in words I couldn’t hear and life continued as usual. The conductor too, as if he needed that reminder to pay homage to the “area gods…”

If Kingpin noticed this he did not show it, but somehow, I knew he did, because for a short while his cigarette burned in his hand and he did not drag on it. As troops loyal to him quelled the rebellion, the commuters played ignorant too. “That’s the problem with this city” I told myself. “We’ve gotten used to injustice”. One of his soldiers brushed past me in his rush to collect money from another bus. I wondered if it was not time for me to go; this wasn’t exactly my idea of entertainment. But I was enjoying the sight; for once I was not just another commuter in transit, who never notices the power behind the “area boy” phenomenon. I could see the power, hidden in blackness, away from the ordinary eye. I quickly brought out my phone and asked to be a few minutes late. I knew my wife would understand. Tonight, I would tell her more than what was preached in church this evening. I would tell her beyond the wisdom of Solomon what the preacher talked about. I would tell her my story, a graphic account of the events at our regular bus stop. Tonight, I would lead her into Kingpin’s world.

Call it magic if you want. I can’t even remember blinking, but he was gone. Before my eyes, Kingpin became one with the night; the darkness swallowed him and left no trace. Jesus disappearing from the Jews in the book of John flashed through my mind. Just as I wondered what had happened to him, I heard the screeching of tires as policemen pounced on Kingpin’s troops. Shots were fired into the air. Commuters ran in different directions. A woman was brushed aside by a motorist trying to escape the situation. As she got up, limping, the driver zoomed off, scared for his life too.

Maybe it was the shock of it all, but I found myself unable to move. It only took a few minutes, but some of Kingpin’s boys were picked up, gun-butted, kicked and shoved into the police van. And just as it had come, the police van zoomed off with its prey. I watched it fade into the night, and as I turned he was there again, unmoved. His boys took the cue and the jungle was alive again.

Suddenly I felt strange. I couldn’t see his eyes, but I knew he was watching me. Maybe it was the police incident that made him notice me. Whatever it was, I knew it was time to go. A bus arrived. I went for it with the other commuters, but one of Kingpin’s sons – in his rush to get money from the conductor – sandwiched me, making it difficult for me to get on the bus. I cursed him quietly and repented too, just between God and me.

Kingpin had moved and was almost opposite me. I knew I had to get out of the place fast. He waited to cross to my side of the road. Fear gripped my heart. He put a hand in his pocket, and thoughts of a gun flashed through my mind. I begged for another bus to come then, any bus. He crossed. I saw the bus just as he moved towards me. Where it was headed did not matter. I was on it before it stopped. I scrambled on to the back seat and as the bus pulled away I saw Kingpin staring after me. The conductor was already demanding for money. As I put my hands in my pocket to pay, I noticed it was empty. My money and cell phone were gone. I looked back and Kingpin was still there with what looked like a smile on his face and a cell phone in his hand. It was too dark to see but I had the feeling it was mine, or rather, it used to be mine. I sat back to tell my story. Well, at least part of it. As I begged the conductor for mercy, I heard the coarse voice:

“Everybody surrender your money!”

I looked up to the gun pointed at me. I had boarded the wrong bus. My eyes drifted to the window and I saw the police van where it had parked and Kingpin’s boys waving to the “officers” as they jogged back to their base, released after “settlement”.

“Your money!” coarse voice demanded, hitting me on the face.

My world went black. What do I tell my wife now?

In the name of our sisters: Everything Good Will Come

Realm of the Senses: Fiction by Kabu Okai-Davies