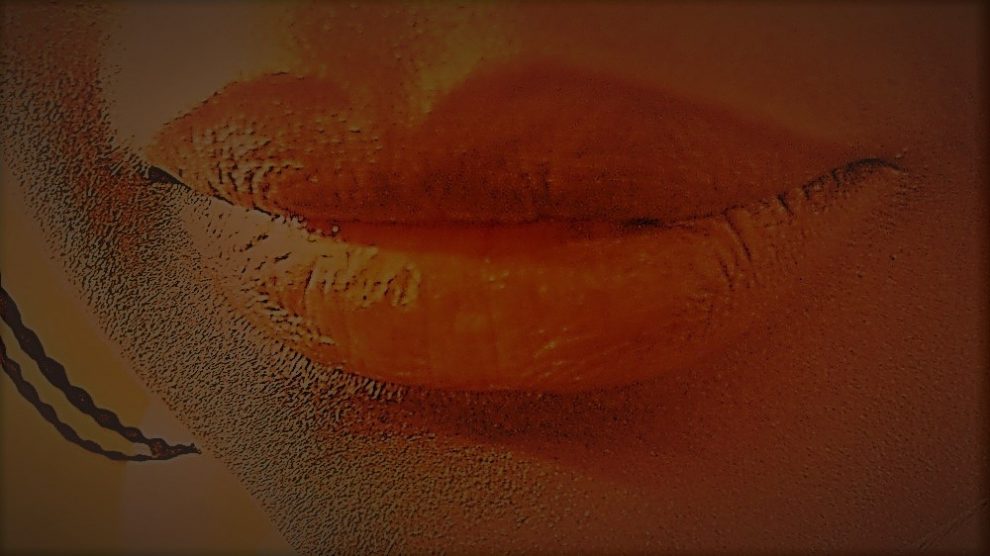 WHAT OLA TOLD ME

Ola,
The fish who swam from a pond into an ocean a fingerling
cursed this world which sucked her dry and left her desiccated
for father and mother to see and laugh like she was never their own.

Ola told me that job had Jobs within;
that I should not let men see
how my breasts could stare them in their faces
or the point where my two legs meet.

Ola told me that when she got a job
she went for work in the dead of the mornings
and closed on the exit of aged evenings.
A daily creed she rendered from Imo to Sokoto
even as her take-home-salary could not take her home.

Ola said to get a job was a job itself,
that you must smell of men’s perfumes in many ways
as words from their mouths echo sex: a trade-OF-barter.
That if you are lucky enough, you get one and
might even forget how to sit well after all
Or your thighs might become open and sticky and
brimmed with unsaturated hopes and crippled appointments.

Ola told me that job had Jobs within.
She said I should not let men
play me at will to soothe their itches,
that I should not let them in their grace
throw palpable palpitating peeps at me or
sour my lips with dead kisses and wet roses or
read me tales of a snake going in-between two cities.

Ola told me that job had Jobs within,
that I should carry my head within my bags
built in the confinements of well-seasoned gates;
that I should plant trees in grounds I mowed and tilled
not in terrains un-graveled and re-tarred by baboons
whose swinging legs are as long as their hairy arms;
that I should not just cure my itchy thighs with any Ibrahim, Tolu or Olisa
for a grown branched tree begins with a cared sprout;
that I should not let men see
how my breasts could stare them in their faces
or the point where my two legs meet.

It was like this on the day before this day:
we peered ourselves in the faces as we sat
and spoke many-many things.
We spoke Aduke, the last of our spoke-ings.
We spoke her longest.

You knew how it felt when you dived into a known river,
maybe Njaaba, maybe Mississippi, maybe Iyiocha,
and took in its embrace and warmth, then told everyone
in the face how good-fast or good-slow you swam; so did we:

Aduke’s nipples are pyramids pushing and tipping
through her Hijabs alluring men to worship, we spoke.
Her hips curve in pair of meniscuses like a sculptor’s curlicues
in all her Jilbābs: an envy to all-alike peeking eyes and
a hell burn in hell desires for men, we spoke on.

Aduke’s mother had long forgotten the name she birthed her
and might not remember she corded out of her womb.
We spoke of the day Aduke’s mother looked
Aduke deep in the face (very deep like one whose sins
would never be forgiven) for probing men’s trousers and legs.
This scorched Aduke’s eyes and spread her legs wide apart as
she called her mother to dip her fingers and cure her curiosity.

We passed our spoke-ings from face to face.

Those of us with little or many or too many openings
spoke with our teeth sunk into the gums.
And our lips bent like the edges of a mallet.
We looked at ourselves too slow or too fast and
hid every bit of contentiousness beneath our skins
whilst our beads, necklaces and rings shone and blinded us,
counted up our soured prayers like the devil not tired of sin.

We spoke Aduke, the last of our spoke-ings, the longest.
You knew how it felt when you dived into a known river.
There, we washed and dumped our guilt and forgot them all.

The silences within us:
Ade, Ada, Assibi and I
are the same as our home.
But Mother’s silences; you cannot see, you cannot tell.
She owns copies of our silences in the pockets of her mind.

Father’s silences; you can see, you can tell.
He owns the ire that plays his rampaging hands, lips and legs;
that cracks our walls; that leaves us to think and wonder
if he still plucks sex from Mother’s thighs.

Every day, Mother returns home
with polythene bag of Ugba which sends signals of
her begging and beseeching neighbours into our eyes.
She carries a shame harbouring too many creditors.
Yet we round her as she perforates a big hole
at the polythene bag’s underneath which exudes
oily teardrops and rains Ugba into our palms.
We clutch them with graceful grimaces.
We eat and then clean our mouths.
But Mother who wouldn’t eat with us
consumes the silences inside of her.

Father returns every evening, drunk, wielding polythene bag
which is dark, and no matter how hard you stare
you are deprived and bereaved of its contents.
Even the darkness in our home wouldn’t dare allow you
as its lazy bulbs that sit on the walls for months refuse
to separate corners from edges, cobwebs from wall paints.

Father tears open his polythene bag which ignites him to curse
the government, his employer who sacked him, and finally Mother.
He calms suddenly with peace in silences, silences in peace.
I thinking now our home will carry on the silence, the silences.

Father abruptly spreads over mother as usual.
First, we would think it play because of the way
he dashes like one let loose from Kirikiri shackles,
like one with overdue yearnings for denied pleasures.
Father kisses, no, kicks, hits, blows and pushes Mother,
making our stares unsteady and unfixed as little as we are;
wearing us silences just like our home;
making me miss the wit of a Father, the courage of a Mother,
the laughter of Sisters and the songs of Brothers: A Home.

Chinua Ezenwa-Ohaeto (@ChinuaEzenwa) is from Owerri-Nkworji in Nkwerre, Imo state, Nigeria and a lover of literature. He has won the Mazariyya ANA Teen Poetry Prize of the Association of Nigerian Authors, 2009; Speak to the Heart, Inc. Poetry Competition, 2016. He became a runner-up in Etisalat Prize for Literature, Flash fiction, 2014 with I Saved My Marriage. Recently, he won the Castello di Duino Poesia Prize for an unpublished poem, 2018. And some of his works have appeared in Lunaris Review, AFREADA, Kalahari Review, Praxismagazine, The Rising Phoenix Review and Raffish Magazine.

On A Sunny Day: Poems by Adeola Ikuomola

No More Black and White: Poems by Nsah Mala

Victor Ehikhamenor
We use cookies to ensure that we give you the best experience on our website. If you continue to use this site we will assume that you are okay with it.Ok