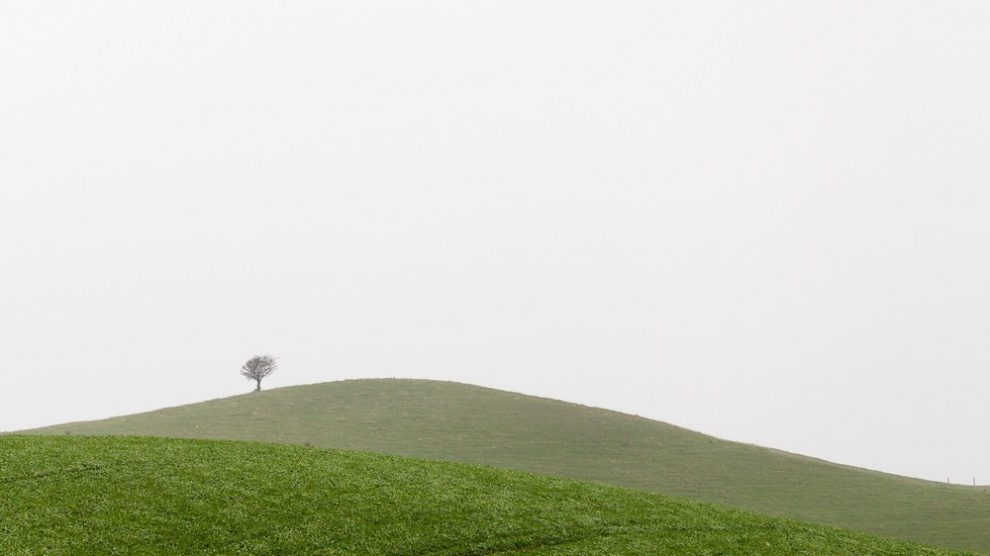 To wave melodrama into melody
To swim like a bloody shark
In the poetry of the dumbfounded
I once stood on the hills of Ido
In this tiny body
I overstepped the realm of giants
On the shoulders of lethargy
Ibadan was uneven ground
Stretched as if yawning, somewhat bored of itself,
An old broodiness hovered
I inhaled the unsettled mist
Wasps hummed like drones
Hawks hovered over me
And crickets’ crescendos in the copse
— surround experience of nature
There, I sat and meditated
And looked on the farthest for clarity
To observe that there are simply no walls
That since the flat planet is round—no God-made barriers.

THE BLEEDING PORTRAIT OF CHRIST

Elulu perches on a branch and bursts shrieking
A ritual song. It goes up in flames, turning the sun
-greased cartwheel of rain. It breaks out

Of the chrysalis of silence, butter-winged
With tropical assault. It descends a withering
Old man on the earth, wearing the vest of gloom.

By whistles of gales. Glass louvers shudder
In angry protest of our concrete safety. But safe isn’t
Here; not this place turned ceramic with mud.

Safe is beyond the sole of a shoe threading
The soggy brown road. The street look at you miserably
Like you’re responsible for what’s befallen. A poet

Is humbled on a sidewalk, is splattered mud as if
He didn’t even wear clothes. He sinks on a pillion and encounters
The liquid balance of an aerated void. He discovers Chad

Occupying the road. That the Okada is also a makeshift life-
Boat, a convulsive fish in a pothole. He’d board soul
Sodden with irritation, a yellow Faragon

Of a bleeding portrait of a blonde crucified
Christ. Where cloth is stripped down to a nude
Secrecy. And the dashboard is a skeleton evolving towards

The past. The fuel gauge points between the uncertain
Consciousness of an engine shrieking in the pall.
Wool won’t save a man from bobbing and growing sore

On the chair. Fashion won’t address the heart. Leave fashion behind.
The driver vouched: Toss my bus in an ocean and it transforms
Into a shark. ‘If anyone wants to go to London on a bus, here,

This vehicle is ready’. But as something inscrutable behind
The bus clanks a laughter gathering speed. The right heart
Of the Journey has shifted to the left, and the ocean is this road.

OF THE HEAVY WALLS OF DOCTRINE

I dealt in arithmetic, the losses, and shoes
At the sanctuaries. I communed at ceremonies, chanting

Foreign gods, I kept frogs on my tongue. I was disonnant
In my heart. I navigated stone floors giant architectures

With bare feet. I felt the earth breath
A certain coldness: feet were entwined with roots

In permanent darkness, right there I counted
Those shoes. I marvelled at the immovable

Pillars of the Mosque, the seat arrangements
Of Church, the doctrinal apartheid, the stragglers

And footwear litter corridors of the mausoleums.
I listened to stories, the lies behind

Their enthusiasms, Stories, I know
Exclude my people, but then my people gather

Into forgetful poplin pockets of sleep.

They are saddled on emotional donkeys
Beside sidewalks, in outreach vehicles— footprints

And footwear – stranded souls.
Stockings stuck in the mud, the semantics

Of trekkers, trekking a treadmill. I watch the shoes
In the gorges, following temporary tides.

The writer, Visar, is a Nigerian whose poetry are snapshots of unsuspecting life. He also writes short stories, haikus and tankas. He has been published on Kalahari Review and Nthanda Review.

A Foray Into the Life of Artists and their Sacrifices

Queen of all Flowers: Poetry by Agnes Aineah

Wanangwa Zondani Mtawali
We use cookies to ensure that we give you the best experience on our website. If you continue to use this site we will assume that you are okay with it.Ok