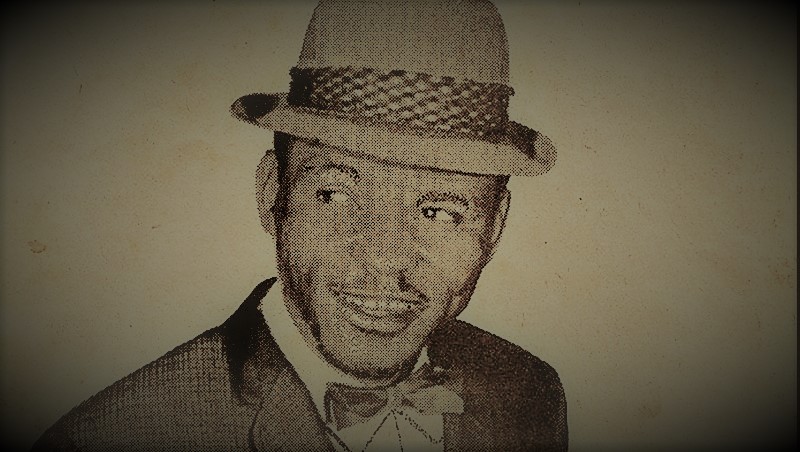 Children of today do not know anything about the look-read photo-magazine African Film, starring the dapper Lance Spearman, alias Spear. The magazine was quite popular during my post-Biafra-war growing-up years in Onitsha, the township on the bank of the River Niger that earned its mark in the world of letters on account of market literature. As a primary school pupil I read African Film and the other photo-magazine Boom, starring Fearless Fang, which was bought for one shilling each by a friend’s father in the tutor’s quarters of the famous Christ the King College (CKC) Onitsha where I lived with my uncle.

Lance Spearman was our darling crime-buster per excellence, a cigar-chomping champion who was a serial lady-killer in the mold of James Bond 007. Riding in his Stingray coupe with his trademark panama hat on the head, Spear showcased the urbane and the modern. Talking through his walkie-talkie and drinking scotch-on-the-rocks, Spear was indeed the toast of the generation. The breath-taking car chases were grist to the Spear mill that kept us hooked for weeks on end. The modernity of technology added cubits to the appeal of Spear as the role model of the new age of ultra-modern architecture, sharp women and sharper criminality.

Given the anti-apartheid politics of the era no mention was made that the magazine originated from South Africa. A Lagos-Nigeria address was ready to hand as the place of publication. It was much later that one learnt that African Film was originally produced out of South Africa by the legendary publisher of the influential Drum magazine, Jim Bailey. In the manner that Drum offered fledging writers such as South Africa’s Can Themba, Nat Nakassa and Nigeria’s Nelson Ottah their break in magazine writing, African Film provided work for about 25 writers, some of whom were students of the University of Lesotho. Initial photo shoots were undertaken in Swaziland, and the strips were then sent to London for mastering before the eventual transnational distribution all over Africa.

The leading man who starred as Lance Spearman was a fellow named Joe Mkwanazi, a former houseboy doubling as a nightclub piano player, who was discovered by the white photographer Stanley N. Bunn. Spear had for ready company Captain Victor, the police honcho who forever wore his uniform. The swanky lady assistant of Spear, Sonia, was a study in independent womanhood. The young sidekick of Spear, Lemmy, lent to the cast a measure of humane and vulnerable precocity not unlike the role of Jim Hawkins amongst the pirates of Robert Louis Stevenson’s Treasure Island. You would always trust Spear to get out of all troubles, given that Captain Victor, Sonia or Lemmy could pull a string or two on their own to stave off the barricades. The dialogue was hip and contemporary, in the manner of the racy thrillers of James Hadley Chase, the hottest writer we cherished back then. The lines were indeed riveting such that one readily committed them to memory that lasts to this day. For instance, the thug bearing down on Sonia gets the following words from Spear as he steps forward for a fight: “Woman-beater, try me for size!” Before the hoodlum can get to the races, Spear lands him the sucker-punch, saying: “You have a glass jaw!” With the fallen thug crying “Aaaaaargh!” Lemmy would congratulate Spear thus: “Attaboy, Spear!”

The archetypal antagonist of Lance Spearman was Rabon Zollo who lost an eye and thus bore the hideous black eye-patch. Zollo was menace in overdrive. There were other villains like the Hook-Hand Killer who as the name suggests kills with the evil hook on his hand. The criminal mastermind was known as Dr Devil. There was Mad Doc with the bespoke serum that had the power to shrink people. Who will ever forget the antics of Professor Thor who could read the thoughts of people through his vile machine? There was Professor Rubens who used the organs of animals to produce the werewolf. The menace of the Cats almost overwhelmed Spear; it was quite daunting doing battle with cat burglars in black masks and claw gloves that could climb and scale all heights. Hilda “the Head Huntress” was yet another villain. The cosmic, end-of-the-world wars of Lance Spearman reverberated and resonated with us because Spear stood as the positive force to save humankind.

It was in the course of 1972 that the supply of African Film stopped with no reason whatsoever. We were not abreast with the high-wire politics of Apartheid, the Cold War and suchlike. The rumour was that Lance Spearman had died. Spear can never die, we told ourselves because “Actor no dey die!” We had to make do with smuggled back issues of African Film dating back to the 1960s and even the years covering the 1967-70 duration of the Nigeria-Biafra War. We devoured the back issues waiting for the inevitable day that the unbeatable Lance Spearman would make a triumphant return, as it stood as a given to us that his death was quite impossible.

Don’t Ask Me about Gods, or Demons: Poems by Nome Patrick

Akeem Lasisi: Why I Perform My Poems

A Minor Mishap: A Short Story by JKS Makokha