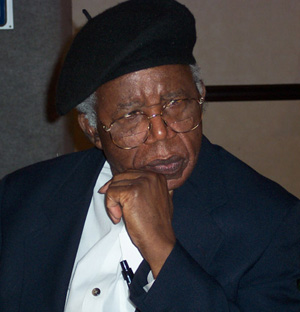 This year alone the world has lost more than ten great intellectual and political leaders. They have been lost to death in a deeply wounding manner. Humanity has indeed been robbed. It is so sad. Three of the leaders were Nobel laureates and the rest were leaders of intellectual, moral, political and spiritual stature in their respective capacities. 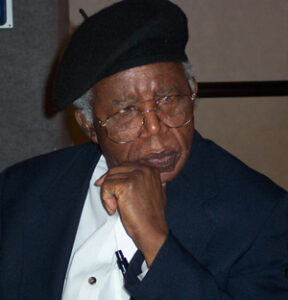 It began without any stampede in the early part of the year when Chinua Achebe, a Nigerian and Francis Davis Imbuga, a Kenyan, both succumbed to early death, plunging not only the citizens of the literary world, but also the African society as well as the global intellectual community into the most desperate bereavement. Thereafter, within a short while, The Venezuelan president and Marxist intellectual, Hugo Chavez also succumbed to death caused by throat cancer. Even though the Pravda, the daily circulating paper of Russia, contended that Chavez was poisoned, it is dismissible as only a Russian stand attributed to ideological hangover, because the Pravda also made similar allegations in relation to deaths of Yasser Arafat, Pablo Neruda and Frantz Omar Fanon, but it did not go ahead to establish the factuality of these very allegations.

What we know is that human life is in most cases contested for by the three spiritual forces of fortune, fate and death, as decried by William Shakespeare in his Romeo and Juliet. This time round in the year 2013, the angel of death has reigned with its untimely consequences in form of fangled early death of our leaders. Herman Melville will remain classical in his concern in Moby Dick where he wails; O death! O death! Why are you untimely?

Sadder was when the Al shabab terrorists killed the Ghanaian born global literary citizen Kofi Awoonor. Awoonor the poet and author of This world my brother was among the people killed in Nairobi during the terrorist attack at the Westgate mall. Of course he had come to Kenya to celebrate in a literary festival organised by a society of publishers in Nairobi. This is an eventuality of some months ago. In September 2013, the Irish born literary Nobel Prize poet, Heaney Seamus, died. He died prematurely when the world most needed his service to literature. 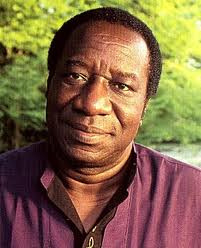 A few weeks ago, again, the world lost two prominent artists, political leaders, human rights crusaders and intellectuals. These are none other than Doris May Lessing and Tabu ley Rochereau. Lessing was a white African living in London, literature Nobel laureate and a feminist as well as an anti apartheid crusader. She is known for her firm stand against communist utopia, championing the causes against dehumanizing human practice like racism. Lessing is known for her great literary works like The grass is singing, Golden Note book, Dann and Mara as well as many other works. Tabu ley was an African Congolese, a musician, a businessman, once a husband to Africa’s most beautiful songstress Mbilia Bel. He was the composer and the vocalist of African Rumba music. His song Bina Mudan which we in Africa always pronounce as Simbukinya was actually an artistic and cultural bombshell. Tabu ley has been a politician and enjoyed a gubernatorial position for two terms in the city of Kinshasa.

Mandela died early December 2013 at his home in the Johannesburg city of South Africa. The death of Mandela is an open sore to the world. It is a window to a social, political, intellectual and family abyss in Africa. It is indeed a sad moment. But what can we do? For it has already happened. We can only swim in the consolation inherent in the wisdom of the Babukusu people found in the western part of Kenya that mis-brewed wine behooves volunteer carousers. And truly, I have personally joined the world to commit a poetic kamikaze in volunteering to drink this currently sour wine of humanity. May god give us and our leaders in their diverse capacities long life. Amen.

A Ghost in the Woods: A Short Story by Wesley Macheso

Let’s Sail the Seas: A Poem by Peter Kwange

How the Weather in Dubai Changed the Climate in Ikerre-Oti