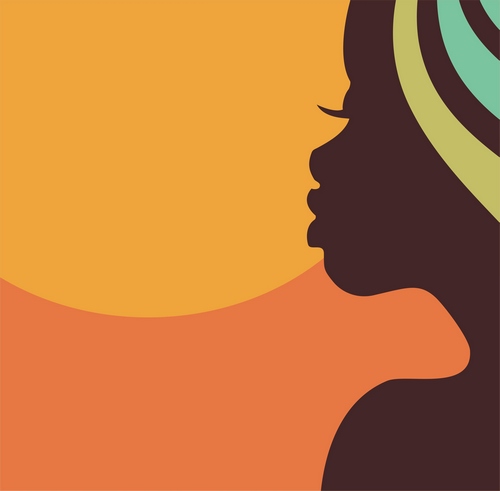 Breathing the fresh, exhilarating air of triumph in that singular moment that seemed to Achobe sufficient justification for her entire existence, she felt malicious satisfaction and a smugness begin to rise within her.

“What was that?” Adole’s voice carried a twang of hurt, stupefaction.

“Exactly what I said,” her voice was light, fleeting, fluttering. “You are useless to me, okay? Use. Less. Simple!” With climactic success she slammed the thick wooden door in his face and, for once, was truly grateful that the nail hinges she had driven in herself rattled noisily when the door clapped shut.

The faculty of smiling seemed lost to her. Indeed, she could hardly think; her whole system needed a moment of re-coupling, readjusting, digesting the incident that would make all the difference – that has made all the difference.

I am a Doctor in my country

Everybody knows me well

If you look at me up and down

You will know that it is true!

Like a tacit command she didn’t yet have the presence of mind to evaluate, Achobe morosely stood before her full length mirror and looked steadily at her still, statuesque reflection. The eyes held no depth, no secret, no message, and yet were neither transparent nor opaque; they seemed to house a mystery unnamed, undiscoverable, needless. Use. Less.

Her face struck everyone as peculiarly beautiful, not in spite of but because of her wide, disrupted nose, and many found the gaping nostrils above the pert, full lips and below those large, baffling eyes very entrancing. She had a fascinating face. Her habit of wrapping up her head in colourful material, concealing half her forehead gave an added attraction to her dark, furry eyebrows. Yes, she was beautiful. Not thin, but not what could fairly be called fat, she was a healthy plump.

She tried remaking her posture into that of a confident, cocksure woman. Stomach in. straight torso. Head high. Just the barest hint of a smile and a pre-emptive glint in her eyes that seemed to say: DANGER Don’t Mess with Me.

Unconsciously, her mind scrambled for a general word to describe, introduce, identify, or just plain tag herself. Children, it seemed, had all the answers. They knew their place in the world; they knew the what of who they were. Once, Achobe herself had sung with unassuming reliance on the truth that she was a doctor in her country. Yes! And all the other children had unquestioningly, acceptingly hailed her in a comradely chorus of ‘’Doctor!’’

A frantic thudding on the fat wood brought her back to the present. A second thing about her door she was really thankful for today was that its sound never carried far. She unfastened the bolt to the sight of an agitated Blessing.

“Achobe,” Blessing crushed her with a fierce hug. “Are you okay?” She searched the other woman’s eyes for any indication of emotional upheaval and, seeing none, slumped into the only chair in the room and sighed loudly.

“Adole just left my house and I came to see whether…” She let the sentence trail off unfinished.

“I didn’t allow it this time,” Achobe said, sitting on the stool before her sewing machine.

A moment of uninterrupted silence passed between the two women. Achobe was lost for a moment in staring at her old, but efficient machine and fancying in its place a faster electronic model. Zoom. And a stitch was made. Just like that. She was tired of trudging and pushing this old thing in this old room, a part of this old, forgotten compound where all the tenants lived in holes like hers and shared one latrine, one bathroom and one un-cemented, rectangular, obviously purposeless room that they had accepted as their shared kitchen.

She sighed. He had looked at her with something like novel awareness, like he’d never seen her at all before. Like the first time. Achobe had not refused to go to school – no matter, anyway, since school had long ceased to be the salvation of her kind. Where school worked she dared not tread. She was only an average student in a government-owned secondary school where she’d never once set eyes on a live computer, and didn’t know the first thing about all the fantastic things her contemporaries in the world were doing. She just knew she couldn’t sit for the computer-based exam required for entry into any tertiary institution. So when Mama started pressing her to accept Adole’s offer, she dutifully succumbed. Everyone – well, everyone who mattered – had agreed that it was the best thing. In short, her father started his enduring trade welding broken pots, pans and cutlery and selling new ones solely on the proceeds of her marriage.

Adole was the most handsome man she’d ever seen, but when he battered and bruised her soft body in drunken fury, his face contorted to a beastly form and his clear eyes swam in a red, demonic deluge of unemotional, unshed moisture. No one was there when he dunked a bowlful of the soup she had served him for dinner, or when he slapped her clean across the face, blinding her eyes with the unmanageable smart. She cleaned up after him every time, setting in order what he had so brutally messed up, and she carried her limp body around tending to his clothes and his food. One night, he returned as usual, totally drunk, took offence at her submissive quietness and unflinching determination to say nothing harsh to him and he raped her. Took her amidst animal struggle and hellish screams.

She went to her mother then and told all, but the woman heard what she wanted to.

“Your father used to beat me too,” she’d hissed. “If I ran away and left you, will you be here today complaining? Adole is still young, he’ll stop all these things,” she’d prescribed by way of consolation.

“But he’s older than me, Mama,” Achobe choked out the words.

“Shut up!” Mama’s vehemence alarmed her. “Is it not better to beat one woman than go and bomb how many people? At least he has not joined armed robbers, or Boko Haram, or ritual killers. Better thank God o! Your own is that sometimes he’ll drink and beat you. Your own better sef!”

And with that, Mama had sternly dismissed her daughter’s case against her husband.

“He was angry when he came, that’s why I said let me just rush and see you,” Blessing said after a while.

“Hmmm,” Blessing shook her head from side to side. “What are you going to do when he comes back?”

A picture rose before her of that tender-faced girl round with pregnancy that had occasioned Adole to put her out on her own. So she won’t infect her with barrenness. Oho! She had not wasted a single syllable pleading to remain in his spacey, two-bedroom section of torture and torment, and when she was shown this illegally poor house as her new place, she made no case against it either.

Achobe had made no answer.

“That other girl, what does she have that is missing in your body, ehnn? Just let your husband know that he is the king, the master. Do you know why she has turned his eye?” Mama looked at her so fixedly she had to answer. No. “Because she respects him, mmm? That is why. You,” she pointed an accusing index finger at Achobe, “you treat him as if he’s your mate!”

Achobe had said nothing. Long before Adole conceived in his alcohol-induced inspiration the malicious plot of punishing her with the presence of another woman, Achobe had passed through the fire and had come out whether for good or for ill, unflinchingly decided. It had happened after that beastly assault which was explained away by her mother as his personal compensation of the fact that he had made a relatively good choice in not being Boko Haram or a societal nuisance. She would not condescend to bearing him any child. She wasn’t Boko Haram either. She had sat on the toilet seat and felt it seep out of her several minutes, trying not to think of it as a person. Son. Daughter. Human. She squeezed shut her eyes and tried to suppress a regretful moan, her heart thunderously pounding against her chest, her hands shaking and all the while it draining out of her like a libation on the altar of nothing.

“What do you mean he won’t come back?” Blessing interrupted her thoughts.

“I told him not to, that’s all. From now on all my sewing money is my money. Kobo, I will not give him. I’m tired of trying to be everything and getting nothing,” her voice was thick with the inner turmoil of anger and fear raging in her head.

I am a Woman in my country

Everybody knows me well

If you look at me up and down

You will know that it is true!

A few months later, when Achobe bought a TV and she and her friend Blessing watched as a woman read fluently, easily, profiling effortlessly world and local events, she sobbed inconsolably. And when, for the first time she saw Miss Nigeria so young, so thin, so beautiful and so full of plans and projects said with the most exquisite accent in English, tears silently trailed down her cheeks. And when she saw that one woman in the government was removed because she had been indecorous with public money – everyone’s money, her money – she felt something rupture in her heart. The injustice of it all. She would have conscientiously been any one of them at all; she would give anything for a chance. She sighed and sewed away in the rhythm of the speed of her pain and the grief in her heart.

Pius Adesanmi
We use cookies to ensure that we give you the best experience on our website. If you continue to use this site we will assume that you are okay with it.Ok