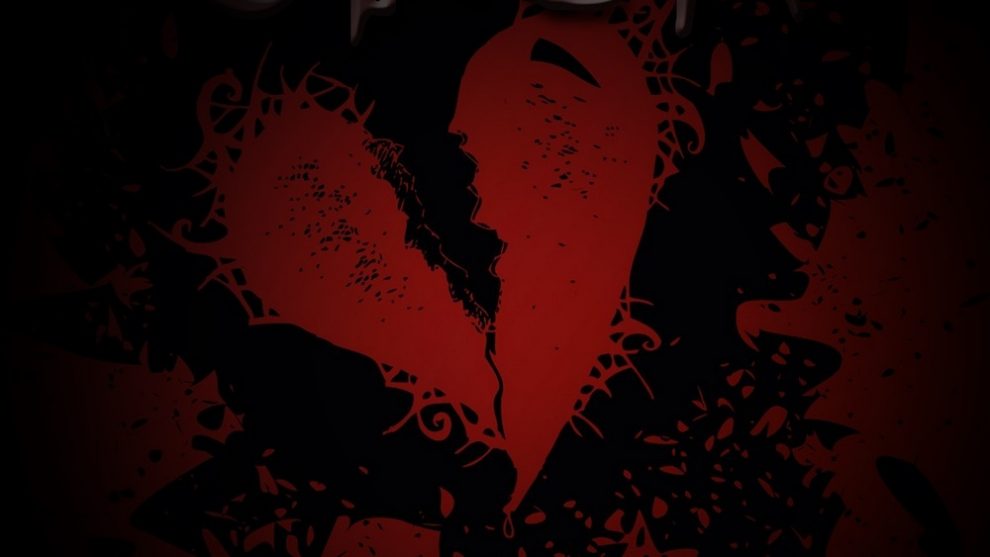 Jumoke decided to end her 3-year relationship with Yusuf on Valentine’s Day when everyone was supposed to be celebrating love. She had fought with the thought for three days before finally settling for Valentine’s Day. Her solution to her future heartache, she planned, was to see the world through the eyes of a child; close herself off in a world she’d create and become oblivious to the ugliness around her. This world, she’d fill it with envy, she’d moan and wail inside but outside, she’d smile and move on. And in her little self-contained world, everything would seem natural and fine. She thought.

After many pleas, she finally agreed for Yusuf to come over her place to hear her out first before going ahead with her decision.

It was Valentine’s Day. Everywhere was brightly lit with red. Flowers sat comfortably in their vases radiating light like a well-fueled fire. The air was warm, rich with the fragrance of happiness and love.

‘Wow, this is beautiful,’ Yusuf said, aglow with surprise. His voice was soft and low, each syllable articulated with a flowing rhythm and inflection that was nearly musical. That was always how he talked; Jumoke knew it was one thing that had crystallized their relationship, amongst other things.

‘Have a seat,’ she smiled. She had a breathy, childlike voice. She had hugged him earlier like a girl craving for something more than shelter.

She collapsed into a hiccupping laughter, almost falling off the sofa. After some seconds, with a liquid glint in her eyes, she said, ‘We’re breaking up today, officially, and you still called me Jummy. Why not save those pet names for someone else?’

Yusuf sighed, inched closer to her and looked into her eyes like there were lost treasures inside.

‘It is impossible Jumoke. There can’t be someone else. It’s you, always. This is a difficult, difficult thing you’re doing to me. You have four months to live and a lot of things can be achieved in that time. Let’s do this Jummy,’ he said, his face sober with sincerity; without a trace of malice.

She started her laughter again before breaking into tears. In that moment she realized the greatest power we possess is our ability to make difficult choices.

‘It was meant to be forever, Yusuf,’ she muttered.

In the next relaxed minutes that followed, their bodies glued together.

A generator trying to sputter to life woke Yusuf from his slumber. When he said he needed to be somewhere at 2pm, a fit of jealousy claimed Jumoke. She became angry at her jealousy. They were supposed to be breaking up after all.

‘But the food is ready. I just need to warm it. Please wait a while.’

She stood up to leave for the kitchen, and as if forgetting something, ran back to him, hunkered down, pulled his face to hers and kissed him. It was just a kiss, nothing more, but it made her think of everything good. And she remembered it had been almost a year since their lips last pressed against each other’s. The last time, if she could remember vividly, was inside their car, on their way back from the hospital where she had just been diagnosed with leukemia. She remembered smelling of sickness and death that day as she kissed him, with hot tears pouring down her cheeks in heavy torrents. The truth dawned on her that what really excites us is what we are denied of; what we know we can’t posses in full. With this, she ran off to the kitchen swearing to posses all of him, without remnants. Yusuf was still seated on the sofa, his mouth open in both confusion and wonder as he watched her frame disappear and reemerge. He thought, although bizarre, her decision was for them never to kiss.

‘Here you go,’ she said, dropping a dish of rice and stew in front of him. ‘I’m sorry about the kiss, I just thought it could be the last.’

His eyes left her face and went straight toward the sun rising in a translucent blue sky that had the appearance of something recently washed. Birds flew dangerously, the papery flap of their wings audible. He looked down on the food at the table and his Adam’s apple bobbed up and down as he mumbled some prayers.

She smiled, and kept stealing shy glances at him.

‘Take,’ he said, stretching a spoonful of rice toward her.

‘Thank you,’ she said, choking on her words as she swallowed the food.

‘Easy, easy my dear.’ He offered her a glass of water. She stopped choking. She felt fine.

‘Delicious meal. I almost forgot you are an amazing cook.’

She smiled, gathered the plates and headed to the kitchen. He collapsed on the sofa, rubbing his stomach with his hand as if to aid the digestion. Sweat streamed down the tendrils of his hairline and bulked at his beard before dropping like a small leak onto his shirt. He stayed in that position till his hand slid off his stomach; till it was 7pm; till his phone rang for many hours; till his eyes became crossed and his face screwed-up. He stayed like that till he couldn’t get up.

As for Jumoke, she never returned from the kitchen. She never came back to tell him it was time to go; never came to tell him calls from my fiancée caused his phone to ring for hours. She too was lying on the ground lifeless like him, except that her eyes were closed, lips sealed, hands straightened by her sides. From the note that read Forever, Forever beside her, one would know that one person came prepared for death, while death prepared for the other person.

The Beaten Track: A Short Story by Molara Wood

Things Fall Apart, Me and Two Others

Our Art, Our Democracy: The Review of Nigeria’s Cultural Sector