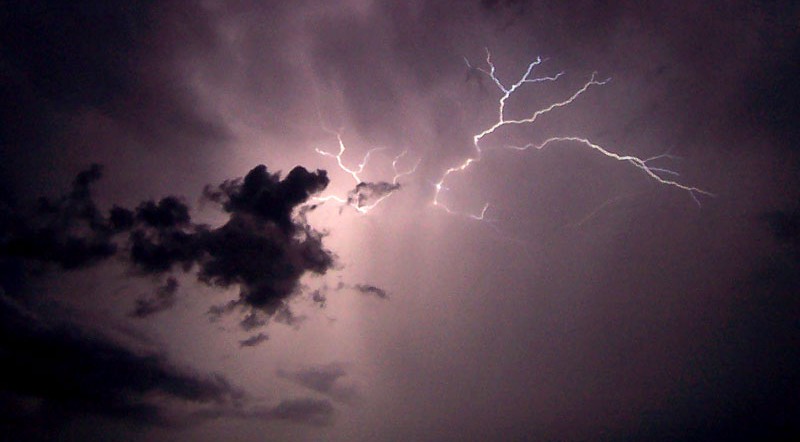 The light that sweeps and whispers

Of the birthing room

At Mount Mellery hospital and he remembers it, when his mother was giving birth to a sister: Katarina.

It’s this light; it’s this smell…a light that smells. He was born there; he remembers his birth in misremembering it. The memory of which is like a dream of the backbone in which the backbone abused its own memory

He doesn’t like it much, not his birth. He was happy to leave the room. He knew a birthing room is where death and life fights. It’s the fighting that he is always having in his dreams, fighting for his life, his sanity.

He wins the fights by painting light.

Painting light; light is hardly like that, it sustains, it illuminates but it exacts nothing from anyone

He knows he would be doing all these, when he sleepwalks away from his fighting dreams, but he faintly remembers doing: music, visual art, photography. It is nights when he writes and paints that he remembers. He finds the manuscripts (canvasses) on his bed, sometimes.

He has started painting, lately.

He borrowed the paint brush from his brother-in-law, to paint his house. But he hasn’t been able to do that, yet.

He doesn’t want to.

During the days, he looks at the brushes and, he knows it’s something he wouldn’t be doing very soon, painting the house. It’s a code in the desert he has created, inside himself. He is afraid if he were to paint the house, the painting dreams would go, and he wouldn’t know how to deal with the loss

He has to keep away from it

It’s at night when he uses these brushes

And this night he started to want to paint in his dreams. Painting is when he finds calm, in his sleep. If he doesn’t do one of the art things above, he has to fight the whole night, fighting things he doesn’t understand. There are all sorts of battles, sometimes he has to travel, to walk. They are river dreams, rivers he will be trying to cross, monsters stopping him.

He had been dreaming such a dream

Or is it re-dreaming such a dream.

He knew, he had had that dream before.

He was walking off to somewhere, with a girl, he had been dating, Cynthia. She loves him, she tells him she does, and he sees she tries, but his heart is not in it.

Can one try to love?

How much the woman wanted meaning, but inside him layer upon layer of him was floating

He has stopped seeing her, it’s two times now. When he had this dream, he had stopped for the second time.

He would stop again, he knows, before he finds her, before he loses himself in her light and shades

Maybe he is scared of committing to someone, to die into someone. Is that not what love is, dying.  To revolve (rapture) between sky and earth.

She is coming, he doesn’t know from where, and she is going back to her place. Sometimes, it’s like in Chitungwiza, where he stays, sometimes it looks like in Johannesburg, where he has stayed. He is talking to her, then she starts moving faster, trying to lose him, but he follows her. They arrive at the place she stays, it’s a brothel. She runs into the insides, leaving him outside. How much he wanted her to teach him how to evolve from quivering fins to bursting stars! But, the Guard refuses him entry inside…but someone, a block away, beckons him over. She tells him, the girl is a hooker girl. She shows him a path to use, into this room she has disappeared into. He follows her, he enters the building, and then he realizes its empty in the insides.

No house, no rooms, nothing, not her.

He leaves for home, there is a dam he skirts on his way. There are stepping stones, and he doesn’t fall into the waters…he keeps going home. He starts fighting things, some with the intent to kill him, some to waylay him from his path home.

And then he is returning back.

He doesn’t know why he is returning. He didn’t find the home, and in his returning, there is something that is still calling him, to go home, but he can’t seem to. The way home, there is now this huge river. When he looks at it, he knows he can’t cross it. The monsters are inside…so he keeps going, not home.

He is so dead, in his feelings.

He feels the only way to do is to back flip back onto the way home.

So, he takes the bigger brush…

He starts painting the dawn, in the sky, he is seeing. There are cracks in the dawn….where there was light, grey light comes and swings hard to the left, and they are rain clouds forming that knit a nest of air and space. And the air crosses clouds in hot nets increasing the local air’s tenor uprightness. He has painted these rain clouds before. After quiet a long time, in which he is painting and painting the sky…there is an opening in the greying skies, or is it considerably less grey. The sky finds its tongue and stutter a few syllables of spring, lightning light. The scene has changed abruptly, dramatically, although nothing in his insides has changed.

The dawn is falling away…

It’s getting dark on the western sky, though the east…there is the beginning of the coming sun, the sun’s light. The wind has died down a little and the light is more intense in the east, and less and less intense in the west. High up the eastern horizon, the horizon blushes for him, and it’s the extraordinary voluptuousness that pervades high places that astonishes him. He is in the middle of such a sky

The rows of columns of clouds to the west seem to float with their light capitals, and their invisible foundations, and he expected, at any moment to see their delicate shafts breaking up in their moving waves, like reflections in water.

He is in the middle of such a play of light

His soul is flooded with too much light

In the western skies creviced light floods, near him into damned places in his insides. And these damned places inside him are holed out arenas, black holes, lassoed in light. In the east new light flooding in, is miraculous energy, light diving in like an eagle, such accuracy and surprise mesmerizes him. It’s a sun-kissed benediction

But, he doesn’t feel it’s enough for him. The river still calls him.

So, he takes the smaller brush, rubbish brush, painter’s brush, round brush, brittle unbroken brush, a maker’s brush, brushing. The western sky becomes completely hidden by a fast moving cloud of dark light, whispering dampness, and the wind is now exhilarating. He tries to paint his own portrait, using flaming hues of red passion for his favourite T-shirt, smooth beach water blue for his well worn shorts, soul brother brown for his rafters, his skin, and double electric green blended around his portrait, together creating this person.

Is that my head…it looks too big.

His frame is shooting a bold ray of light cascading beauty and wisdom. But, still the light of his dreaming is unfurled.

He decides to go home.

He starts moving again, into his dream…

He has his two brushes. He knows he could paint when it becomes too much for him. There are some people he identifies, because they are friendly, but doesn’t know their names.

It’s now an extension of the first dream.

He has to cross the river. Its muddy, fully flooded. A toe in the water would take him downwards, or into the world of the monsters. He gets to the river’s edge, eventually, after a long walk. The monster unfurls water as it dives for him. It’s a monster shark thing with teeth flung out to gulp him. He avoids its huge blow by a whisker…as he runs off the river. It splatters heavily, into flesh and blood, blooding the rocky road, just behind him. He doesn’t stop to check, he runs off. He knows this one is dead. But, he also knows another is still alive in the water. Suddenly, he reaches some building, and finds shelter there. He tells these people he identifies but do not know their names; that the other monster is on its way. They say they would destroy it. He doesn’t wait to see how. He keeps running, but he is seeing what’s happening.

With his behind eyes

They have created a huge wall.

In his dream, he is running but he is seeing the scene.

He stops his mind from running with his body by painting again. A light in his canvass is like one in which everyone, all those people who are fighting the monster for him are from another year, not old, not young, but who they are…he doesn’t know.

He tries, and fails, to make the play of light define these people

Only that they are now different, enlivened in their task; bright, beautifully bright, in yellowed light.

It’s like; the light is showing him how one person may be ensouled through the continued experience of others.

Bathed in a light, unreal air, into new clarities.

There is a moon to the south.

The moon licks him with its shining mold of lightning speed. He says, to himself; One day he would be the moon, and stand at someone’s window, shedding light. He looks at the scene again.

All he sees is the way the moon’s light reaches and holds the scene together, and everything is now displayed structure, splay structure, lyrical leisure and strange comeuppance.

And then, the monster thing hits the walls, and splatters into blood. Everyone shouts in joy.

In his soul, he sees himself crossing the river.

He laughs at the moon so hard that it might give up on its stars. Suddenly everything is alright for him, in his dreams. He is on his bed, sleeping

When he wakes up…

He knows he has created a masterpiece, in his head.

This is one canvass he will keep.

He will wake up from this night, lucid and alive, remembering it all.

Racing with the Ship: by Seotsa ‘Soh’ Manyeli

Ogaga Ifowodo: Slipping a Stone in the Sling of Prose and Poetry

There is Rain on my Windowpane: Poems by Emuobome Jemikalajah