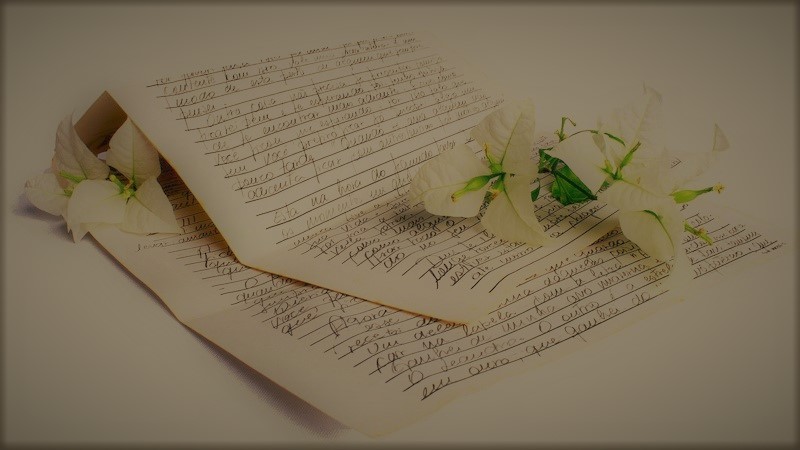 When I was a very small child I wanted to cut holes in the floor of the sun to let the sun in. Peak into my neighbors’ attics. I did love him. There I said it. I loved Raj.

He made me happy in his own way. Don’t you want to be a mother sweetheart, he would often ask me with bright eyes. I would just blush and smile.

I can still hear his voice. I love you but you are a baby. You’re too cultured. Too well-educated, baby. I said I wanted children. How can I let a child raise my children?

I just haven’t found what I’m looking for yet, Raj said to me with a smile. You took my hand then and I had a fire in my soul. Leaned over and kissed me.

Now you are a wonderful husband who does not have the time of day for me anymore. I love you. Honestly, I do. I love you to death and it was another death in a succession of deaths.

I love you but you are a jerk. You’re happy being a jerk. Happy when you let me down. Whenever I started to cry you left the room, Raj, the poser.

I know what happiness is now and it is not having you around. Dancing with you in front of the television, listening to Sinatra on our wireless always brought tears to my eyes.

Whenever that happened you would draw me in closer to you and whisper in my ear how beautiful I looked. How much you loved me? It didn’t matter what the neighbours said.

I wanted to tell Raj that he did not belong to me anymore anyway. This was years later. After nearly a decade had passed. He was an old man. I was a woman now. His daughter, nine.

Once we were lovers. I began to write to him in grocery lists. I could hear his voice in songs about broken hearts.

As I drew up a list of the ingredients needed to his favourite meals. I would write in my journal to him. I did not write to an address.

I knew all my letters to him would be returned to me marked ‘Return to Sender.’ I didn’t know if I was writing love letters or hate letters.

I did not even have his telephone number. He had more children now. He had a different wife.

This beautiful television actress. Sonja starred in a soap. I watched her for free on television.

Everybody on television was beautiful and sane. They did not know what the words ‘mental illness’ meant. Recovery. Relapse.

Posh clinics hidden away in suburbs filled with gated houses. Trees that spilled over into the streets. How I hoped that he was happy. I knew he was in a way.

On the one hand, I wanted him to be happy with the way our relationship had turned out. I was happy. This is what I have to say to you. I loved Raj for a very long time.

You showed up Raj and everything in my life was transformed. So was my imagination. Magic. Let me talk about the word ‘magic’.

What it means to an ‘orphaned’ child, a girl who is in search of love, and an older woman who has lost love as her looks as faded. Raj taught me about magic and feminism.

Magic will transform all three just by bringing a smile to their face and their whole demeanour will change. They will know they have places to go now. The ‘orphaned’ child will know that they need to get an education in love, be educated to get to where they want to be in the world. They have heard of the feminist FLOTUS (First Lady of the United States Michelle Obama), Oprah Winfrey and Tyler Perry. They know they can do anything they want. The time is now.

Yesterday is yesterday. The past is past. Girls want to go to America. They want to have the American dream because it tastes as good as ice cream. Coming back to the man. The man who smiled gently at me with his light eyes. Raj was that kind of man. I wanted to fill his eyes that seemed so picturesque and filled with hunger at the same time with only things that would please him. I would ask him if he would you like some tea. Tell him that what made him happy, made me happy.

In the beginning of our relationship time would pass and we slowly began to think more and more of each other.

I would look out of the window. See the more elaborate costumes that other women would wear. Armed with their perfume, their lipstick, their powder and their attire. The heels that they tottered about. I often longed to escape to the places that Raj, the film and media lecturer found himself in. I also wanted a child to put on my lap and ask someone to take a picture of us because I loved that child so much that I wanted it etched in memory forever in a photograph. I thought babies made every woman happy.

I thought that bringing life into the world was some kind of wonderful. I wished I had a husband to take that picture.

I think that Raj, the man with the light eyes had many girlfriends. On and off they would fit into his life until he said, enough.

‘I never do that. I never fall in love.’ I can imagine him saying to any one of those girls and it burns a hole in my heart.

I go places in my mind these days because of Raj. Places in this landscape that he has made me inherit, what other people call the fat of the land. The flat edge of normal. I see you Raj in everything for the first time now as I would see any flower grow from thief seed and then planted in soil. A piece of the world, chilled earth that will groom and groom and grow into human stems to reach heaven. I thought that was a beautiful thought. When music fills the room or an auditorium you too feel beautiful as if the music was coming from somewhere within you.

Raj made me feel beautiful. The young girl who is lonely and sad because her knight in shining armour has not arrived yet to save her from the peace and quiet she has all to herself. She knows what magic is when she looks at the shining faces in the fashion and celebrity magazines that she buys. She does not know these women are so insecure about the way they look that they ‘go under the knife’. They have plastic surgery. They are never satisfied so ‘back under the knife again they go’.

The older women, well, they are far from ruined if they do not have a man at their side.

They think they will die rather than go out alone. In their children’s eyes, they see visions of what they were like as children, as teenagers struggling with acne, choosing clothes, washing the angelic shine of wisdom and childhood off when applying mascara, when they fought with their mother who had to endure their tantrums. At night, the young girl will sob into her pillow. The older woman who had to endure World War 3 the whole day will perhaps have a lover, or a book.

Raj is out there somewhere. He will never be soft or gentle with me ever again. He will never let me cry on his shoulder again after watching a sad movie.

Inside my head there is no ending and no beginning to the relationship I had with Raj. After all these years he is still my romance. The affair to remember.

The baby made me tired but she makes me happy as well. I thought I would never be able to cope but my mother was there by my side for night feedings.

My mother taught me everything. I didn’t even know how to hold a baby. She has Raj’ eyes.

Where We Were Born: Poetry by Madu Chisom Kingdavid

Ohikhuare Isuku: Poems from a Depressed Soul who is not Afraid to Die