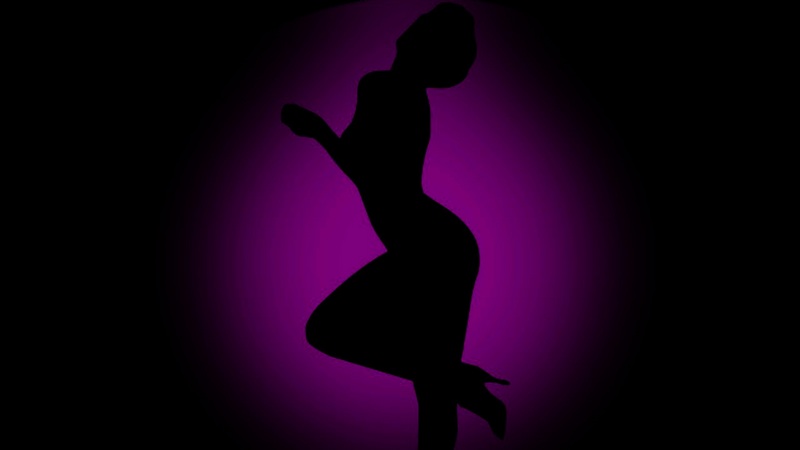 I have a degree in Finance and an MBA and I still can’t get a job. My C.V. has travelled the length and breadth of Nigeria, both online and by snail mail, literally begging for a job, doing the rounds of all employment agencies, to no avail.

I’ve tried the old boys’ network; I’ve tried the people I know and don’t know. I’ve tried praying; going to countless churches in the hope that the Almighty might see my plight and answer my prayers. I’ve even tried begging, all to no avail.

And when you’re unemployed your options are very limited. Should I turn to crime, do 419 or become a politician or pastor? The career possibilities of all the aforementioned are somewhat limited and normally have an inglorious end.

My wife on the other hand, who has never seen inside the four walls of a university, has a lucrative job and her long term career prospects look good. She works at the airport as a customer services manager on the night shift. She loves her job helping the distressed or troubled passengers out of one crisis or another. She comes home in the morning, at first light, beaming from ear to ear and full of tales of the people she had helped during the night.

I’ve asked her to find me a job at the airport, any job, but she shies away from the idea of us both working together in the same place. And who will look after the kids when we both go out to work at night?

Even sex, I can’t ask for it, for fear of refusal and have to wait for her to ask for it. She doesn’t want sex, I don’t get sex.

I forever tread the line for fear of being rebuked and reminded, not in a subtle way, of who really wears the trousers and who brings the pay check home.

I am no longer the Man but the Wife. Relegated. Psychologically it’s depressing and mentally reduces a man to a skeleton of his former self.

My days are long and my nights even longer. By day I’m a social outcast, shunned by friends and acquaintances for fear of upsetting the cart. And who wants to associate with someone who hasn’t got a job? By night I’m alone after putting the kids to bed and watching the wife go off to work. Demoralized, I have the T.V. for company and the bed all to myself.

So it was a welcome relief when Charlie, an old friend from university, called me out of the blue and suggested we meet up for a drink. He had just got back from America.

Of course, I said, but first I had to clear it with Madam.

She had no objections, which was a first. It was about time I had a boys’ night.

The date was set. With my wife off to work as usual I got one of the neighbours to babysit the kids. She was dressed to the nines . A smart business suit, designer heels and bag to match and appropriate make-up on.

Charlie arrived just in time to see her getting into her car.

Ever the flirt and a connoisseur of the opposite sex, he whistled after her.

She heard him. I could see her head turn around briefly. She smiled, waved and drove off.

‘Mamma Cita’, he mumbled under his breath in Italian.

I just ignored him. You don’t want to get into a conversation or argument about women with Charlie, it’ll go on and on for hours and you’ll still lose even if it’s your woman you’re talking about!

Middle-aged now, Charlie was still the same as I remember him from our university days. And that is to say he’s still without a care in the world, still displays a Peter Pan mentally and still has a roaming eye.

‘Why did you never settle down?’ I asked as we sipped drinks at the ‘Club Do It All’ bar.

I think I know why. He was always the ambitious one.

After graduation when we were all marrying our sweethearts and getting our first jobs he jumped ship. He landed in America and immediately entered the cut throat world of investment banking where it’s more about back stabbing and inside dealing than it is hard work to get to the top. Ten years on the job working his way up through the ranks he became a hedge fund manager, a rare feat in such short time.

The fast paced world of an investment banker, with all its high profile and highly publicised decadent lifestyles, leaves very little time for a personal life. And as Charlie would realize, by the time he got to the very top he was middle-aged and life had passed him by.

But he wasn’t bitter.

‘…I would have been a lousy and useless husband and father anyway’, he said at last, coming to the end of his story.

And what about me?

So I told him.

Two hours and countless rounds of drinks later, I was still at my ‘story’.

When I finally finished, he sighed and shook his head.

‘You need cheering up’, he said throwing back another shot of schnapps. ‘And I know a good strip club just up Allen Avenue that’ll put a smile on your face!’

How he could throw back shots of schnapps whilst at the same time drinking Guinness was beyond me. I would have been retching like mad.

Strip club? Now that sounds interesting. I’ve never been to one before. Already tipsy, I just nodded my head and went along with his suggestion. Normally, being the good little (or old!) catholic boy I was raised to be I would have said no.

He settled the bill and we set off. It was just at the top of the avenue so it was pointless taking the car, besides Charlie was so intoxicated I doubt he’d be able to get it out of the tight parking space!

By day Allen Avenue is a bustling hub of commerce with banks and shops opening their doors to the many customers coming and going, a very respectable part of Lagos with lots of prominent people living nearby. By night it transforms into its alter-ego of “Cocaine Avenue”, a reference to the fact that most of the magnificent buildings were funded by drug money. The avenue becomes a red light district with prostitutes of all shapes and sizes catering to all sorts.

If there was ever a Sodom and Gomorrah, this is it. There were high class hookers who drove to ‘work’ in expensive cars, foreigners trying to cut their share and territory and the cheap whores who even bring their own raffia mats, so doing it anywhere wouldn’t be a problem!

As we walked through the horde of ladies of the night we were pulled, propositioned, heckled, spat at, screamed at, laughed at and to make matters worse some actually got their assets out to show us their selling points. It was like being at Osodi market; only the merchandise on sale here was time with one of these women!

I squirmed as we made our way through. I was not used to this kind of life, but Charlie on the other hand was in his element, talking to them, encouraging them and playing with them. If I wasn’t there he probably would have gone off with one of them!

I thought I saw a familiar face in the distance but I couldn’t be sure. I had had too much to drink and my head was swimming and I was seeing things.

Charlie hadn’t drunk that much or had and was more resilient than me and could still see straight.

‘Is that who I think it is?’, he said, surprised, as we walked over.

It was one of the women of the night.

The prostitute was leaning over the car, talking to the man inside, pointing out her bestselling points and haggling over prices.

She was caked in enough make-up to deflect a Boko Haram bomb blast and wore the skimpiest of clothing, revealing mounds of raw ebony flesh.

Charlie whistled; it was his best wolf whistle, and she turned around, briefly, just as she had when she got into her car earlier to drive to work.

Jasmine: Fiction by Sandra A. Mushi

Do Not Urinate Here: Fiction by Muritala Sule

The Thing about Carrying Eyes: Fiction by Felicia Taave

Felicia Taave
We use cookies to ensure that we give you the best experience on our website. If you continue to use this site we will assume that you are okay with it.Ok