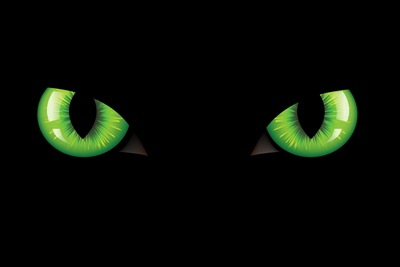 A LEOPARD IS NOT A GOOD HUNTING COMPANION

The leopard and the lion chose to become friends,
For they were all proud of claws on their paws
They each glorified one another for their might,
Ability to live on meat of other fauna throughout a year,
They each admired one another for running speed,
They each remained firm and loyal to one rule;
Lions don’t eat leopards neither leopards eat lions.
They felt warmth in their companionship
Until the time they initiated a certain joint venture;
To hunt an antelope as it was famed to be the sweetest,
Again, there had remained one antelope only in the world,
They dillied and dallied about such glittering project,
They both set forth by each dawn for a whole year,
Tediously hunting throughout a day, the lion doing a great part,
Setting ambuscades and arduously sleuthing to orient on trail,
The leopard severally fainted in the field due to exhaustion,
On one eve of christmas day, the lion captured the prey,
When the leopard was asleep shivering in fevers of malaria,
Their prey was a middle aged female antelope with swollen hips.
The leopard was sparked to fire of life by a mysterious fillip,
He boldly requested work, now to help the lion in carrying,
The un-suspecting lion relinquished the carcass to the leopard,
Feat of shrewdness gripped the leopard, he took off
Running away with lightning speed, the antelope in his mouth,
The lion again began to chase, shouting to the leopard
To be a gentleman and stop running, for them to share the plunder,
The leopard never listened, he craftily climbed  to the apex,
Of the most tall and most slippery tree, he perched at the peak
With the antelope in his muscular mouth,
The lion remained at the stem, wailing like a toddler
His family does not climb trees, not even a shrub,
The lion wailed, using all styles of wailing,
Pleading with the leopard to donate even an iota,
Not even a small piece of antelope bone dropped
To the ground for the lion to taste.
Human leopards are not good hunting companions.

The Reunion: A Creative Essay by Seotsa ‘Soh’ Manyeli