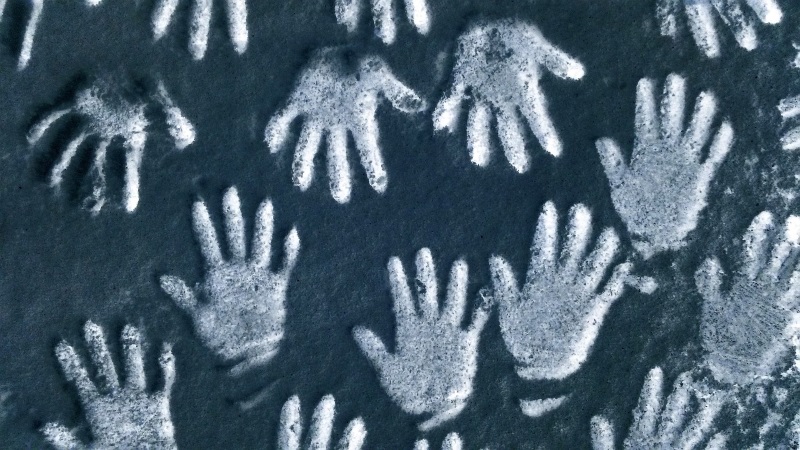 The children were singing when you returned; five of them, clapping their little hands heartily. They saw you but stared elsewhere. You knew why of course. Intuition told you. Their eyes were tender at their age. Theirs too was a sort of evangelism, the way you sang from hymn books those days at Christian Mission. You attend in your beloved jackets, well pressed. God made everything good, that’s what you hear from the pulpit. But what about the bad ones? Well, your pastor couldn’t answer that. He digressed each time you asked, like a necklace on a neck, and then he made a sign of the cross on your forehead, to your chest and lower abdomen and your broad shoulders. Your chest is where Christ is supposed to be, he once told you. Chest is for Christ! A structure-less temple! And when he said May the Lord cleanse you of your sins, because you gave a facial expression that gave up your discontent, you decided to skip service. That is forever. It’s not that you are really good; you just hate stuffs without answer. That’s you.

It’s a happiness filled up in the breeze that blew, in that wave that’s unseen, born on bare ground.

The children started all over again as you close in.

Haf you any woo

Could that be a chorus of your time? You scratched your cheek till it almost peeled. There’s a small lump on its upper side; blackish. Your brows, tired from the servitude of the longer day’s work, very tired, could identify but two of them. Only two as you passed. One was light, the other black. One was Lucky; you heard them call him before your ear itched.

The veranda was tight, narrow as hell, but you made way like Moses’ rod in the blue jacket.

“Be serious or we will go.”

Your observation suggested the boy was killing the tempo with his jokes. You looked at him well. He noticed and flinched. His eyes shared semblance with yours. That’s what you thought.

“Where will you go?”

“Us will go anywhere else.” Another girl answered.

You thought of how awful English is to share sound in different intents. Your father, when he was alive before he died at fifty-four, no thanks to Type B diabetes, had told you every language has its flaws. Now you agree, even the overrated English isn’t perfect.

The skinny boy was no way lucky. No, you thought as your head moved faster than your feet waylaying your shadow. Nothing about him was. Unlucky was better. Why can’t they just name him Unlucky? He reminds you of children from those part of the nation’s creeks even if he is not. You shook your head briefly. He was poorly nourished two and quarter worse than his peers. There are flakes on his body, thick and dry, like the scales of a fish in harmattan season. Well, maybe his promising voice – the natural advantage you heard from the little distance could pitch a meaning no one can overrule or override – the way it blew from the trumpet of his cord, could nurture into a choir leader. Yes, that’s his bag of gold.

The second, the youngest girl about three, whom you didn’t bother to trace whatever junk her name was was the girl with twelve threads on her hair, surrounded by others. They’ve promised her their loyalty, their hands to their heart as they sang.

They didn’t bother running to embrace you, or relieve you of your old leather bag and you didn’t mind even when you could father them. It is only he who wets the ground reaps its comfort. And you know it. Of course you know that it is at the offering of biscuit and akara that children know a good person.

Black Sheep have you any wool? They reminded you how well you learned the nursery rhyme too. Everyone did.

“Next!” They argued whose lead was next, behind you, away from your little ears. Me, me, me.

The door was ajar when you came in, as mosque doors before miscreants locked that chance. You expected it locked because things had changed. Lots of it, endless. You locked up your windows even in that heat; heat that could burn one’s innards into coals. Who caused it was a question that had unfriended answers since 1837. This was one you couldn’t hide from or escape. The heat in the room welcomed you because there was no light. You sighed, took the seat closest and unclothed yourself. You were worried about things only few weights lighter than rocks. Blood was pumping faster as you marked your worries one at a time like a file. Old files. First, why those children had no concern for the dire times that had come as a maiden’s menstrual pain? Why? Why! But, they were small children playing off loneliness in a way they could. Isn’t it? They could be anything time had turned them. Time! That killer! Moreover it’s killing you too. Yes, it is.

And then little by little, in a train of discontent, you dozed. It must be their ori; the children’s, or Lucky’s, for counting him unfit to live. Unworthy to live and to die.

Falade Oluwakayode was born in Nigeria. He is a leisure photographer, songwriter and storyteller. Currently in Lagos, he is curious as to how Art can change his being. So, when he is not writing, he is thinking of other Arts.