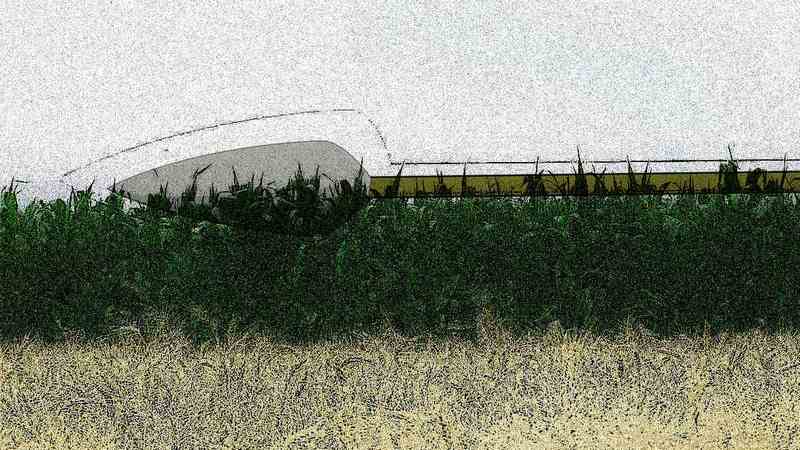 Our home in Odiya is the place I fear most because arriving from Nairobi in the neighbourhood of midday means walking in the same group as the band of children going home for lunch, sweating in their white uniforms, chewing sugarcane stems, wiping running noses, talking aloud and some running the way we did decades ago. It should make me happy that the next generation of Odiya has arrived. But it saddens me deeply.

It gives me an elephant of grief as big as what I feel every time I throw my eyes ahead, over our Odiya landscape. I do not know which clever thief stole in when my village was asleep. That thief made away with all the clothes Odiya used to wear, including her pants. The sun beats down, trees are not there, streams do not echo these days, and I feel Odiya is naked even if she may pretend that she does not feel so herself. When a cock crows, the sound of the crowing ends where the cock stands. And then the grass mocks his effort.

Such mocking never used to be there in the days of the spears when we were the age of these school children running home for lunch. Two corners of the simba hut where we the sons used to sleep crawled with spears. They were so many my two arms could not meet round their waist. And that was just ours, here in the simba, and perhaps we occasionally joked and laughed.

The one who never joked in the big house was Father himself. The blades of his two spears were as wide as your two palms combined, their long stems – which Father called ‘bol’ – always fresh and new.

I know it was the heaps of bean pods that brought the bol. Father knew where to find the best bol in the bush from young powo and odat stems. In the evening, just when the maize fields were getting heavily pregnant, and the herd of wild pig on Abura’s Hill was preparing to do the raids, Father would arrive with fresh stems on his shoulder. Over them we would scatter the heap of dry bean pods. And then Father struck the matchbox as we children clapped our hands at the smoke and fire.

‘Obviously he is the one who has farted,’ Father would quip sternly.

The next moment Father would be saying that a bird’s nest must not be revealed near the smoke unless the speaker was not interested in catching the bird.

‘Because Bird and Smoke are very close relatives – they are nyawana in-laws.’

‘Where did they meet?’

‘Nobody knows where they met; it is only enough that Smoke married Bird’s daughter.’

‘So if you say where the nest is, Smoke carries your word and whispers to Bird. At night Bird quits her house and looks for another nest. You will not find her tomorrow.’

We would laugh but Father was busy peeling off the bark of smouldering powo stems, which he had just pulled out of the dying bean pods.

The next day he had a hammer and small nails, removing the old spear stems and replacing with the new bol he prepared yesterday, his upper teeth biting his lower lip onto his lower teeth.

If you ever meet them, ask the wild pig what they saw every time they went to raid Father’s maize field. ‘If’ because the wild pig is no longer in Odiya and Abura’s Hill is a bald-headed old man. So are the ngao bushbuck, the mwanda dik dik, and the apol mountain bongo…

And I know they will never return…

Nothing under the sun will bring back the wilderness of those decades. In the maize fields at night in those wild pig days I would lie on my back and look at the moon and see her die and return, resurrect, which made me enlivened by the permanence of certain things. Those were the nights I discovered that even God had an idea of south. I saw the short, brief chord of The Milky Way cutting south, and wished someone could throw me there, and I would run south and box apartheid with my small fists, kick it with my legs, and return to Odiya.

They will never return…

Their exit is as permanent as my exit from these children returning to school after today’s lunch time when I arrive in my village from Nairobi. Should I ask them

‘Do you know mbithi wild pig’

but I know they have never seen one. They will speak of these animals the way I know the koko ogre which no one has ever seen.

Don’t ask me where my Father is. If you meet him greet him for me. After him it is us now, and after us it is these children running back to school this midday. The children my generation has sired in our quiet Odiya houses. Huts with no wilderness of spears in the corners because the wild animals are all gone and no one can change that…

In Memory of Lawyer N, 1999: Poems by Peter Kayode Adegbie

Omale Allen Abdul-Jabbar
We use cookies to ensure that we give you the best experience on our website. If you continue to use this site we will assume that you are okay with it.Ok