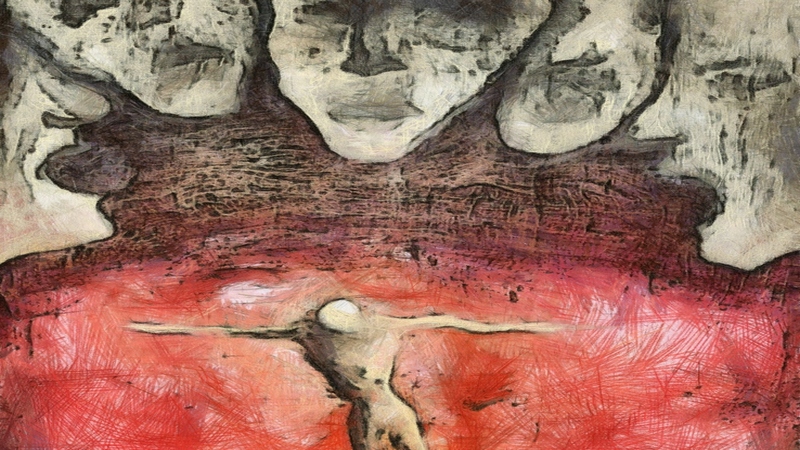 My maternal family compound holds out her choking air again. Air that reeks of stale grudge and rivalry and greed. Everybody is moving as though they are somebody and like every other time, eyes glint wickedly. Tension straddles a sit at corners of the compound while we all wait for the priest and the people of St. John’s Church to arrive.

Mama Nnukwu ‘s frail body lays on a bed decked with brightly coloured flowers and ribbons. She seems to be grinning even in death, just this time it feels eerie. Mother says she had been giggling and smiling a few minutes before she transited to the other side. And Big brother says she smiled because she would be going to stay with Papa Nnukwu forever.

I steal another look at her freckled, pale face, a tear escaping my eye. Mama Nnukwu’s demise will come with a new barrage of ills. Mother and her siblings have been fighting for longer than is healthy for men and women in their middle age. Even sucklings have their way of getting around the epic story. I would be daft to not know that Mama Nnukwu’s death has reopened scars from injuries of several years ago. I imagine that all may be well, should half of Mama Nnukwu’s warm smiles be a bequest to Mother and her siblings.

The Disc Jockey’s music is very loud, but I hear yelling ringing out above it. Aunty Olachi’s husky voice is shutting out Mother’s. She and Mother are quarreling over some bottled drinks stashed in Mama Nnukwu’s storehouse and uncle Chike has taken to name calling over a chunk of roast meat which uncle Jachi’s wife chooses to hoard for her own family and friends.

Women troop into and out of the compound. They wail artistically, in turns like they all held a degree in the art. The young ones fling themselves to the ground and the aged, to the ready arms of other women who would grab them. Later, they would be scrambling for food and canned drinks to smuggle home for their many offspring.

My little cousins are making memories for themselves at the same time, as if making a mockery of the funeral and the mood that it carries. They are chasing each other round and round the house like ukpaka seeds, relishing sour-sweet memories of a life time. We, the older cousins, are not trying to bond with one another like them. We are just observing, consciously taking in every nonverbal gesture. We would be relaying them to our parents later in the day for analysis.

The priest sends a word after several hours of waiting. He will not be coming for Mama Nnukwu’s funeral anymore. The Women’s Church Union says she had not been paying her dues and had attended a handful of funeral mass for others. Mama Nnukwu will be paid in her own coin. Mother rushes to a church along Nkwo market square, one of those she calls ‘mushroom’. She talks the clergywoman into conducting a ‘fire brigade’ funeral service for Mama Nnukwu.

Mama Nnukwu will be buried at last, but her children will not be one of those people who collapsed into bed soon after funerals. They will be sitting under the mango tree where they will be throwing out deep-seated feelings at one another for the umpteenth time. Baking fresh, hot stories for the villagers to munch. There shall be more quarrels and fighting. Mother and her siblings will fight over who gets Mama Nnukwu’s mini-bus and two supermarkets. They will fight over trifling things such as her box of wrappers and jewelries. The remains from the funeral will also be part of the contention. Under that mango tree, uncle Chidozie will be making a public announcement of his intentions. He will be demanding the lion share of all the condolence money. He is the first child, after all.

I have this sensation of being in a cinema around here; a cinema where only war movies are showing and only Mother and her siblings star in them.

Ominivert. Witty. One-woman chariot of contingencies. She writes because life abounds in stories begging to be told.

When the Moon comes over the Mountain: Poems by Adeola Ikuomola

Written on the Body of Judson Jerome: Poems by Abigail George