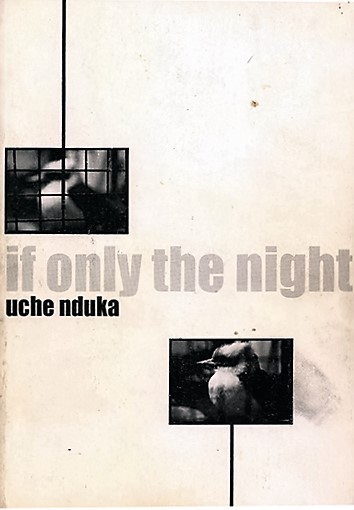 Contemporary Nigerian poetry as I have enunciated before remains extremely varied and diffuse. It is still a new, evolving phenomenon. We are still very close in time to obtain a proper perspective. I have written irascibly somewhere before that the present generation of poets lacks an apparent ideology, but I realise now that with the disintegration of a single universal belief and the dislocatory effects of the times, the voices that reach us very strongly at the moment are voices from the marketplace that cannot be easily and apoethically designated with a single homogenising nomenclature. Who among them will become a part of the canon is very hard to say. But as scholars begin to study them seriously, certain poetic identities will begin to emerge.

What are the discernible trends? Any influences? Oh yes! Christopher Okigbo and Niyi Osundare. Soyinka has had no large following because he is an idiosyncratic poet that cannot be easily imitated. Aside from the cleansing of the language and the restoration of its lost consonance with a living environment, effectively, I argue, initiated by the female poets, another thing that is immediately discernible is the diminution of the public voice in much of the poetry being written at present – that self-possessed voice of one man speaking for that problematic abstraction, ‘my people’, inaugurated by Christopher Okigbo in his last sequence of poems, ‘Path of Thunder’ and taken to its utmost extent by the Osundare generation. Since then there has been an inward turning among contemporary poets. While their immediate predecessors were more public-inclined, more socially and culturally rooted, our contemporary poets seem to be rootless in all its ramifications, individualistic and politically introverted, and more ambivalent about their idea of nationhood.

And lastly, I must draw attention to the enormous scholarly and logistic challenges any interested scholar in contemporary Nigerian poetry is likely to face: one, the sheer preponderance of poets that have emerged in the present generation, and the concomitant critical challenges it poses for the scholar in sorting out from this thickly overgrown foliage, the fruits from the weeds; two the abysmal distributive system of many publishing houses. Every day, books get churned out, flooding the market and the press, except we never get to buy them in bookshops! For instance, three poets that appear to be enjoying at the moment critical applause in the press, and whom I would have loved to discuss in this essay are Hygenius Ekwuazi who has written a trilogy, Victoria Kankara and Jumoke Verissimo. Except for the last whose one or two poems I have come across in some anthologies, I am yet to read any poem written by the other two. In fact, in preparing for this essay, I have had to rely on the parts or the whole works of some of the poets that I have come across in book form, anthologies, journals, on the pages of newspapers and so forth. Yet it would seem inadequate, and ever unfair for a critic to base his whole judgement on the ‘except’ from a poet’s work. ‘Sometimes there are poets who need to be read in large quantities before their true worth becomes accessible to one.’ Our publishing houses, and even our poets – since some of them publish themselves – need to adopt a much more aggressive marketing style.

As John Bryant (2008:9) rightly avers, if a nation is to establish a cultural identity and voice of its own, let alone something as presumptuous as a national literature, it must have the means to produce or rather reproduce and distribute, that identity and voice. It must have a publishing industry. (8)

Babalola, A.E. “The Feminist Poetry of Toyin Adewale-Nduka” In Gender and the Politics of Representation in Africa. Joseph U. Yakubu and Oyeniyi Okinoye (eds.) Ago-Iwoye: JAS Publishers, 1999.

Chinweizu, Jemie and Madubuike. Toward the Decolonization of African Literature, Enugu: Fourth Dimension, 1980.

Eliot, T.S. The Social Function of Poetry on Poetry and Poets, London: Faber and Faber, 1957.

Obakanse Lakanse, poet, teacher and literary essayist holds a B.A in English and an M.A in Literature-in English. He has published his poems and essays in some of the country’s best-selling newspapers and on Africanwriter.com

The Dance of the Mountain God: A Poem by Danny Bagucci

Munachim Amah
We use cookies to ensure that we give you the best experience on our website. If you continue to use this site we will assume that you are okay with it.Ok