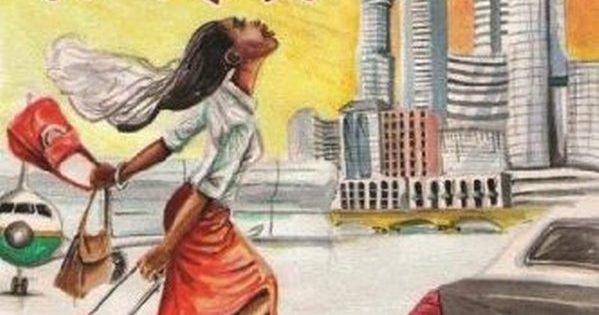 A better life. The promise of a better job, life laced with beautiful scenery, the comfort of maids at the beck and call, a huge house and everything that comes with it. The alluring sound of this and everything a good life has to offer holds Shirley Temple Brown captive.

Shirley is a young woman of Jamaican descent. Although she has a good bank job and a mother who adores her, she wants more from life. Her only crime is that she craves the fine things of life. When the good life comes calling, she gives it a run for its money and abandons her bank job for the glamourous, promising Miami. To her peers, she is the girl who seems to have it all in a nice package – beauty, brains and a good job. Her wealthy elderly businessman comes in handy as he bankrolls her life; making her the envy of many. From the infamous settlement ‘Suffering Heights’ where Shirley lived with her mother, she has tasted poverty to the very depths of it. She detests it and nothing is going to make her go back to it. She has tasted life on the other side too and worn clothes she could have never bought herself. She would do anything to hold on to this kind of life and make it better.

Her dream is, however, cut short not long after she lands in Miami. It proves not to be an easy feat by any means. She would soon be shocked by the realization that is her life in America.  What life serves her in a foreign country is far from what her American dream had promised. Regardless, not even the lack of a green card or a ‘good job’ are going to stop her from soaring to great heights. Shirley’s vision of success is huge; her fire is lit and she is determined to see it burn through the end [–] but will it?

Unknown to her, the lit streets which welcome her with an air of affluence are uncaring and cold. They are inhabited by all kinds of people with failed dreams which they must, in a way, redeem; drug dealers, con artists, sex predators, thieves and the like. Underneath the glamour of the huge shopping malls and flashy clubs in Miami lies elderly Americans living their last days in the hands of foreigners. She would fast enough learn that the Miami that is coated in beautiful street lights is nothing like the Miami that would expose her to tough life lessons; to a demeaning babysitting job. What keeps her going though is the hope of a better tomorrow; a hope that she would soon acquire her golden green card and land a better job; a job she deserves. Or maybe it is her pious mother’s prayers that keep her alive?

One of the best books I’ve read this year, it completely hooked my emotions. I was there when Shirley was contemplating whether to stay or leave, I felt her pain, and I identified with her choices. It is amazing how Garfield manages to effortlessly intertwine a beautiful love story with a struggle for survival and characters who would do anything to make true their American dream.

The author gives life to his characters; makes them credible. He makes them stand out from the ordinary immigrants. These characters feel and experience life in credible ways; whose dreams are not thwarted by the lack of green cards. He tears deep into their souls and exposes their strengths and weaknesses in equal measure. Together, they create a web of togetherness and friendships tied by a common pain, the Caribbean blood and music in their systems. They learn to lean on one another. They sacrifice the little comfort the Caribbean air offers for a promise of better lives beyond. They have to grapple with life in a foreign country. They will fight, undeterred; clean floors, and take care of the elderly and even sell drugs to American children.

Shirley learns to take life as it would come, sweat it out on the brink of a breakdown. She learns to be alone, to cry, to laugh at the mockery that her life turns out to be; up until she meets Moet, Queeny and Tiny– the three people who largely determine the events in her life.

‘‘Then she told him of her family and of her parents and of the trip to Jamaica and how it broke her heart, and he smiled at that, laughed even, for they were in the park that day, sitting under a tree near a small pond watching a couple jog along the man-made tracks. And she had told him and he had read it all along, for he understood her so well. And when she finished he had laughed and rolled on the grass. But that was alright. They were getting to be better together now.’’

Garfield writes fiercely. He captures the social, political and economic statues and the all-time theme of change in a simple, captivating and enjoyable way.

This captivating text won Jamaica’s Una Marson Prize for adult literature (1999). Although I struggled a little with a few instances of Jamaican accent in the text, it is an excellent read. Get a copy off amazon; you won’t be disappointed. I’m looking forward to reading Ellis’ other works.

Verah Omwocha is an editor and writer. When she is not reading, she is writing. When she is not writing, she is getting high on coffee and cooking. She believes words are the magic that make life liveable. Vera has published her first children’s book, Maria and the Tomatoes. She is currently working on her first novel among many other short stories.

Keeping the One: Fiction by Felicia Taave

Okolo Chinua: The Spots on my Front Door

Emmanuel Ojeikhodion: Death lives inside you

Murder in the Chapel: A Short Story by Kingsley Okechukwu

Advancement of the Feminist Agenda in “Bongel”