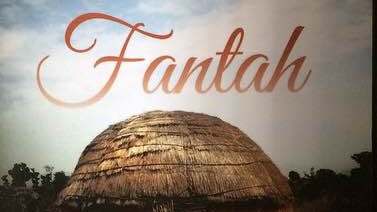 The historical fiction, Fantah, a 234 page novel of thirty-nine chapters divided into three books, is the story of a young girl whose only ambition was to fall in love and ‘be’ in love. 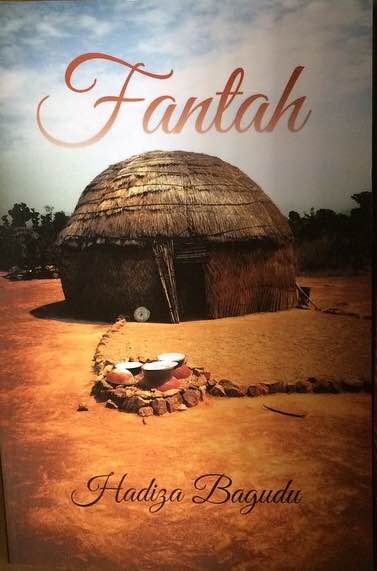 In Book One, Fantah meets Hayatu and falls in love. We see the different facets of his life running concurrently with the simple and modest background she is from. The reader is exposed to Hayatu’s ambitions early on. He has lost a kingdom and will do anything to get it back. We see Hayatu, the brave, during his conquests in battle. We see Hayatu, the lover, when he suddenly reveals a tender heart. We also see his determination as he wasted no time to ask for Fantah’s hand in marriage. Book One closes on the appointed date of Fantah’s wedding to Hayatu.

Book Two: Hayatu has been bewitched by his wife Talatu. It is, however, uncertain if it is her machinations or the social challenges he had to deal with, but Hayatu didn’t go back for Fantah in Ndokula. She is jilted on her wedding day with no news whatsoever. They, however, meet again and their love was such that it didn’t suffer the consequence of time. Fantah becomes Hayatu’s concubine and and the battle for more power continues to rage. In total disregard of Fantah’s warning, Hayatu forms an alliance with a formidable rebel leader, Rabeh.

Book Three: The pact between Hayatu and Rabeh was such that Hayatu will help Rabeh train his soldiers and lead them to battle and in return, Rabeh will ensure Hayatu gets his throne back. Rabeh betrays Hayatu. Meanwhile, the story of Fantah becomes less and less significant as the tale draws to a close.

It is clear that a lot of research and hard work went into the creation of this book. Historical fiction is never easy as the process of collecting evidence and useful information can be tiresome at best. Hadiza Bagudu was unable to convert raw fact into something artistic. It was as though she spent all her energy on gathering information such that when it got to being creative, she was all used up and had nothing to offer. Chapter six of the book, which talked about the Berlin Conference, was as stark as a piece of mutton roasted without salt.

The storyline is very interesting, however. It gives us an insight into the lives of people living in the 19th century Northern Nigeria. We could see vividly, the culture of the fulanis, their marriage rites, social strata, and cuisines. The story is concrete, engaging and though covers a number of years, the author was able to keep the flow until the end.

The heroine, Fantah, has a conflicting character. In page 106, a conversation between her and Hayatu ensued:

“Stranger, I came here because I want to be with you. I couldn’t bear the thought of living without you. My father tried to marry me off to someone but I ran away.”

“But your father will never give us his blessing.”

“Then let me be your concubine.”

“Yes my stranger. My father will never give us his blessing. I can’t live with you without being married and I refuse to marry someone else. That is the only solution.”

“You are a free person Fantah, you know what that means.”

“I know. But I will rather lose my freedom to you than anybody else.”

The conversation portrays Fantah as a brave young girl. It is suddenly obvious that this is a story championing love; a story where love conquers all. Fantah is seen defying her family and a long standing tradition for the man she loves. Alas, the reader is confronted with a meek and accepting young woman through the rest of the story. Where did the courage to take such a huge decision go? Did she lose it on her way to her sleeping quarters? How come Fantah, a girl who was not afraid to voice her feelings, to go against her family in order to satisfy her desires, remain speechless even after the love of her life is killed, choosing to stay back until she is rudely banished from the town?

The author gives us little hopes only to dash them in preceding chapters. For instance, in page 109, when the people of Balda were suffering a drought, Fantah provided a solution by encouraging Hayatu to dredge the river to attract more water from the highland. Hear his thoughts:

Hayatu was proud of her. She has proven that she is not just a beautiful face but has an impressive mind to go with it.

Fantah continues to be smart and intuitive. She is the voice of reason which Hayatu refuses to listen to. Though she warns him severally of the dangers in his decisions, we didn’t see her doing anything concrete to ensure he succeeds. With the assurances of his love for her, one would expect that Fantah will be more insistent with her concerns. She is instead, a passive partner, a trait, contrary to her bravery and love for Hayatu.

Another character the author didn’t do justice to, is Hayatu. Though we never dispute his love for Fantah and his sense of responsibility and loyalty, one cannot help but wonder if maybe the author got tired of him and simply decided to end him one hot afternoon. For someone who forms a large part of the heroine’s life to be killed in four short sentences, was quite upsetting.

Fadr Allah is the son of Hayatu’s ally in the war. But when he realises that Rabeh was only using him, Hayatu tries to escape with his family and Fadr Allah makes a heroic attempt to stop him. Page 213:

He tried to capture Hayatu but Hayatu drew his sword on him, they fought. He was younger and more dexterous and Hayatu was already wounded. In the end, he drove his sword through Hayatu’s chest.

And that was it.

Talatu is a better rehearsed character. She was true to form up until the end. At first, we see a woman craving very badly the love and attention of her husband and is ready to do anything to earn it. One day, she realises Hayatu has eyes only for Fantah and like a woman scorned, she unleashes horror on her rival.

It is unclear which tense the story is written in as it seems that the narrative continually fluctuates between the present and past tense, sometimes within a sentence. Page 165:

… Because he believed that dividing them into four factions will weaken them and ‘makes’ it easier for the enemy to finish them off.

“You dare come to my palace and ‘threatened’ me?”

The book is riddled with typos:

“They are trying to block our trading ‘rout’. That will seriously affect our economy.”

Rabeh listened to each of them with ‘rapped’ attention.

He called Hayatu a ‘cowered’ and ordered him to go back and face his challenges.

These errors are unforgivable as they are too numerous to be ignored. They make reading the work cumbersome as one is shocked into realising such mistakes could exist in a book as large as this one. What is the job of an editor?

The emotion the reader is expected to feel after reading the book is a deep sadness. Fantah suffers for the sake of love and is not rewarded at any point in the story. First, she had to wait for Hayatu for three years, then; she goes to him only to become a concubine. She had to contend with the disgrace brought upon her family, the loss of her loved ones, Hayatu’s constant absence and the risk on her life as perpetrated by his wife. We see Fantah desperately loving a man who cared more about his ambitions to secure a throne. And then she loses him.

Husnee Hayat is the pseudonym of Halima Aliyu, a graduate of Law. She
is a creative writer who has attended a number of literary workshops
across Nigeria, including the BBC Radiophonics workshop in 2007, the 1st Northern Nigerian Writers’ Summit and ANA Annual International
Conventions. She is also a beneficiary of the Farafina Creative
Writing workshop in 2012 and has authored a children story titled
‘One little trick, one painful death’.

The Emperor of Adabraka Street: Fiction by Kabu Okai-Davies

Confession of an Unknown Lover: Poems by Abayomi Ogunniyi

Abalanne Xafulo Ugochukwu
We use cookies to ensure that we give you the best experience on our website. If you continue to use this site we will assume that you are okay with it.Ok