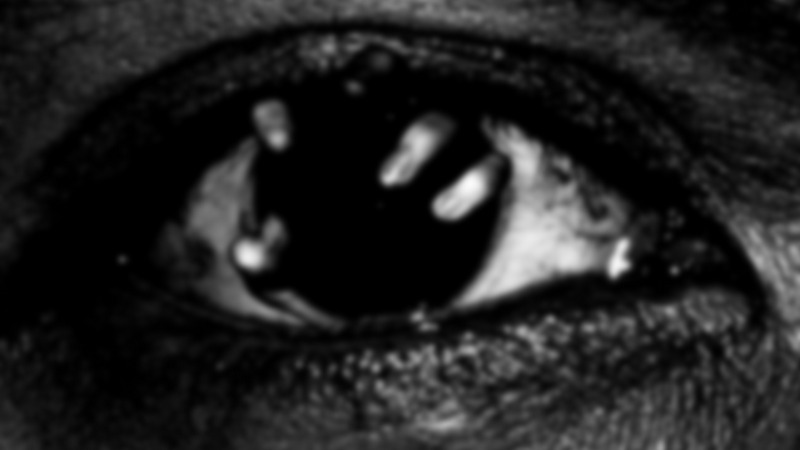 Ugwumba woke up from a nightmare. He stood from his bed and groped his way across the room. With a coarse voice he screamed for water. His voice echoed in the hallway. No one answered. Tired, he sat on the floor. His breathing was heavy as he listened to the darkness surrounding him. The stillness was constantly pierced with croaks and chirpings. It was night already. He had slept for long. Where was she, he muttered under his breath.

A mosquito hummed in his right ear and he slapped. He missed and struck his ear. He let out an angry growl. Why did they always go for the ears? He ran a sweaty palm over his grimy, withered and burnt face and memories came flooding. He saw Ikenga emptying the content of the container on his face. He came out of his reverie grimacing. He had bitten his lower lip which drew blood. He shuddered and shook his head slowly, nursing an evil grin. How he wished he could exert his revenge but in his present state he knew it was an impossible mission.

His nostrils caught the pungent smell of burning food. He traced the smell with his nose in the air. He entered the kitchen and the heat hit him. It was hot and the smell of burning food was so strong. He used his left palm to cover his nose and used the right to pilot his way. His hand felt the hot pot and he withdrew it at once. He ran his tongue over the scalded spot. He seized the pot. He miscalculated because he only succeeded in knocking the pot over the lit stove. The content spilled on him and onto the ground. Mad with anger, he let out a loud yelp and kicked furiously. His bare feet caught the pot and sent it clanging across the bumpy floor. He winced and curled his hurt toe. At the same time, he ran a hurried hand all over his body, rubbing different spots at once.

Boiling with rage, he collapsed on the floor. He screamed angrily and struck his open palms on the floor. The image of Ikenga came into his mind and haunted him once more. He continued his loud screams until a hand patted his back.

“What is it Ugwumba?” asked the soft voice.

He shrugged off the hand.

“So you stupidly left the pot on fire and went out to gossip!”

“It’s not true, my husband. I only went out to buy salt from Mama Chi’s stall.”

“Shut your mouth. You are so stupid and good for nothing. Just look at the mess you have caused. You went to buy salt indeed!”

He paused to catch his breath since he was breathing rapidly and talking at once. Head bent, she clasped her palms in front of her and stifled her pain.

Suddenly he burst into another tirade.

“You are so lucky I can’t see, or else I would have given you the beating of your miserable life. Fool!”

The insult was too much to bear so she burst her bank of anger.

“You are indeed an ungrateful man. I have been bearing your unnecessary flares and assaults ever since I made the horrible mistake of getting married to you. I thought you were the perfect heart throb, but I was so wrong. I have tried everything to make you happy but to no avail. Am I the cause of your present plight? Did I force you to go and sleep with another man’s wife? Stupid womanizer! Even with your sins I’m still sticking with you and you still are not grateful.  Moron!”
She sighed and picked up the empty pot on the floor. She let the tears drip gently down her cheeks. She was a pretty woman and she knew she deserved better.

“Onyinye, did you do what I think you did?”
She ignored him and picked up a broom lying at the back of the door of the kitchen. She hit her head of the broom on her left palm and bent down to sweep out the mess in the kitchen.

“Are you deaf? You who spread your legs at every man faster than you spread your gossips. I asked if you just ran your mouth now.”
Onyinye kept mute and continued sweeping.

Ugwumba struggled to his feet.
“The fact I’m blind doesn’t mean I am deaf. I am the man of this house and you dare not challenge me. You are finished today.”

She paused sweeping and watched the pitiable sight of her husband groping towards her. She felt a tinge of pity for him. She let the broom drop to the ground and saw him stiffen. His ears had picked up the sound. He came towards her menacingly, flinging both hands and clawing the air. She stood aside as he lunged towards where she had stood. He crashed heavily to the ground.

He didn’t budge. He came towards her voice, punching and kicking but she quickly maneuvered him and went across the kitchen. His face was indeed a gory one and she wondered why she why she continued to stick with him.
“I am going to kill you today!”

She looked at him and smiled at the irony. She tried another tactic.
“I’m sorry my husband. I was so angry.”

Unperturbed he came towards her voice once more growling angrily. This time she stood rooted on the spot and watched him advance.

His hands hit her face but she didn’t flinch. He held her blouse and started hitting her all over her body. When he was tired he left her to her fate. Blood spilled from her nostril. She also had a black eye and a cut lip. Her blouse was ripped and her wrapper lay on the floor.

As he groped his way out of the kitchen, her soft voice sailed towards him.

“Thank you for making me see the light.”
He let out an irritating guffaw and told her to prepare his supper lest she was going to get another round of his fists.

She wiped the tears stinging her eyes and hurriedly prepared another meal. This was going to be the last time he was going to lay his hands on her. As she cooked she reminisced on what had happened months ago.

Her husband’s friend Ikenga, armed with the information that Ugwumba had been sleeping with his wife, rushed to their house with a container of acid. He had splashed it on her husband’s face. Ugwumba had been rushed to the local hospital after the assault. Despite the promises made by the police and the king of the community to apprehend Ikenga, he was never found. He had fled the village, abandoning his wife and numerous children. Ugwumba never recovered. His face was burnt and the hospital didn’t do much to salvage his agony. He became terrible.
She knew her husband ran after women in the village but she had never confronted him. She had married him because of greed. He had courted her with so much gifts and she had been blinded by it.

He was always provocative, flaring up and striking her whenever they argued. She couldn’t leave him because she had nowhere to go. Her parents hadn’t supported the union. They told her he was a perfect example of a loafer. Their explanations fell on deaf ears as her mind was made up. She eventually ran off with him. Despite numerous pleas and counselling from her parents and relations for her to come back to her senses, she had stood her ground. They eventually let her be. Her father disowned her and her mother told her she never wanted to see her for the rest of her life. She had ignored them and now she was reaping stale fruits her stubborn act bore her.
The money which she thought Ugwumba had had been swallowed up by his drunken acts and the hospital and now they lived from hand to mouth.

She was tired of everything and she knew she had an option. She was the only one to set her free.
She passed him the meal and he grunted with satisfaction. He ate greedily. She watched him for a while and left his presence.

It wasn’t long before the poison took effect. She heard him scream out loud. She stiffened when she heard the chair crash to the ground. She zipped her worn leather box and quietly let herself out the back door. As she trudged on she heard his fading screams.

The moon rode in its glory. It appeared and disappeared behind clouds as it followed the walking figure. The stars blinked with surprise and fireflies twinkled bleakly. The chirpings and croaks increased as her feet crunched the earth beneath and carried her worn, sobbing being towards the Obutu river.

It was the early fishermen that saw the battered box on the bank of the river the next day with her cold wet body lying lifeless in the bushes.

I Saved My Marriage: Flash Fiction by Chinua Ezenwa-Ohaeto

Zahrah the Windseeker: An Excerpt from the Nnedi Okorafor Novel