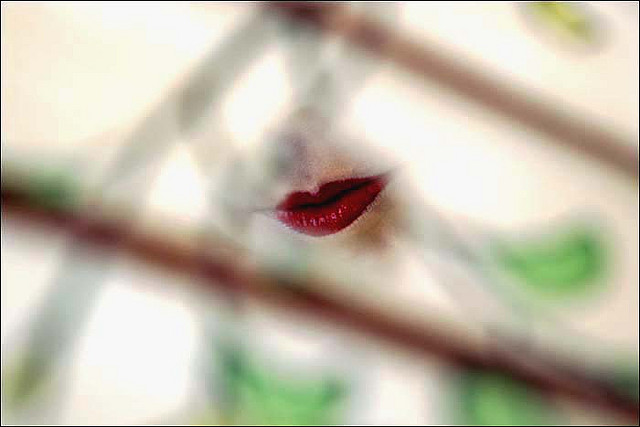 When I walked into the then staff room of the Junior School arm of St. Gregory’s College, Lagos, for the first time, I had an open mind. I had no preconceived ideas about what to expect. I have been teaching for most of my working life and in the process met the most unexpected people in the most unexpected circumstances.

Nearly four and a half years on, the great and good (or not so good, depending on your conclusions after reading this) of St. Gregory’s Junior School have broadened my insights into the nature of people in whose care society entrusts the moulding of their increasingly lively adolescent boys in one of the oldest Catholic secondary schools in Nigeria, if not the entire West Africa. It is quite a job, I must tell you, and if you live in a wild and wacky city like Lagos, the Big Apple of Nigeria, the job can be quadruply demanding and exhilarating.

I limited the beam of my searchlight on the female academic staff of St. Gregory’s College Junior School here. There is no special reason for doing so, except that perhaps I have always been fascinated by the ways of the womenfolk in any setting I find myself. There are guys on the team and a few of them are my friends. Some of the ladies are also my pals but this work is not about my friends. It is my observations and conclusions about my female colleagues; an important component of my story about life as a teacher. For obvious reasons I did not mention their names. The views are mine and not necessarily objective.

So sit back and enjoy my tale about the ladies at the white board.

Top on the list is UON. She teaches French and is well grounded in the subject, with a National Certificate of Education and degree in the subject. A proud daughter of Mbaise, Imo State, she is of average height, dark and endowed with an oval face; a gravelly voice; and a well packaged, slim figure. Although her face does not qualify for the Face of Africa competition, she has appealingly vital features. The rear of her anatomy is strategically proportioned and resonates with poetic majesty. She is in her thirties.

UON is a hard worker. I took the pain of watching her teach and concluded that if the people who taught me French in secondary school gave their job a quarter of what UON does, my educational journey might have been different. She oversees the Junior Class Two as the Year Tutor and this responsibility involves working with four class teachers for the A, B, C and D arms. At times the class teachers, especially the guys, give her headaches. She rarely loses her head with them. I admit it: I am one of them.

UON is kind, honest and straightforward. You may not always agree with her but you know her stand with her. Initially she gives you the impression of being reserved but she has a sharp, humorous and at times exuberant side. I have seen her temper in action. Though it is usually reined in but when it strikes it is a three-headed whip. UON has a hard personality if she is hurt.

She is a devout Catholic. Although she takes God seriously, she does not wear her faith on her face. She is not the ‘Mgbeke’ type of believer; a stranger seeing her in her sharp, snazzy trousers and Wyclef hairdo can be forgiven for thinking she is a backup singer for P-Square. But she is decent, dress-wise.

I regard her as one of my few close friends in the College. However, there are times I feel like shaking her till she shakes like Shakespeare. This usually happens when we do not see eye to eye on an issue; then her tongue becomes a machine gun. I know none of us can convince each other so I am not bothered. But at times her machine gun tongue annoys me. I think that is why we get along well; inability to agree on a range of subjects ranging from religion to sex. But she is honest and that is something I like in women.

A stranger walking past A.S. will conclude she is a senior student in our sister girls school, Holy Child. Small, slim, gap-toothed and blessed with a deceptively innocent face, A.S. teaches Yoruba and is the Secretary of the College Staff Welfare Association. There was a time she had a low haircut which only enhanced her child-like appearance. Now she blooms with an adult feminine sexiness, thanks to her wave of hairdos that include braids and plaits.

A.S. is a humane person. Few of her colleagues radiate empathy the way she does. She has a sense of humour that is so natural and uninhibited that there is rarely anything she says or does that I cannot laugh at, including her rare displays of anger.

She knows her subject. Unlike most teachers who got into the job to avoid unemployment A.S. really loves children. That is vital if you must successfully manage the young ‘rebels’ in our care. I was moved by the descriptions of her written by her students when she was the class teacher of JS 1D. The kids knew she loved them, warts and all. She can operate gracefully under pressure. I recollect when, during a result-distribution period at the end of a term, most class teachers were losing their cool due to parents pressure. A male teacher nearly had a punch-up with a father. A.S. simply relaxed, laughed that tingling mischievous laughter of hers and calmly handled an impatient dad.

A.S. is a bundle of paradox. A devout Baptist Christian with Muslims in her family; a seemingly reserved woman who can say the most unexpected things; a big fan of Fela’s music which theoretically should not appeal to ‘holy Joes.’ She understands guys and is up-front in her views about the man-woman matter. She wants a better Nigeria but I was amazed when she said that once she has access, she will not hesitate to grab her own share of the ‘national cake.’

A.S. is a big football fan, just like her ‘boyfriend,’ our Music Teacher, Mr. B.D.D. Those people who think close platonic friendship is impossible may find it hard to accept the palling of both, especially after the latter’s marriage. But A.S. remains as free-minded as ever. She is perceptive about people.

But I don’t expect such an enlightened woman to be insular. A.S. occasionally exhibits this trait. But then who am I to judge?

OEO, the delectable, Cross Rivers State-born English teacher, is another role model on our team. She is dark, of average height and blessed with a full figure. Her eyes are unique: big, bold, expressive and arresting. They can delight, harass, caress or intimidate, depending on their owner’s intention. OEO is in her mid-thirties to early forties but looks younger. Her late husband was from Imo State and she is the mother of four super-active boys whom I refer to as either ‘generals’ or ‘rebel leaders.’

OEO commands English Language like an expert violin player. Standard English; American slang; Pidgin English; she is at home with all brands. She has the voice and aplomb of a seasoned mass communicator. I remember telling her to get a job with the BBC or CNN after handling a Speech/Prize Day ceremony with great finesse.

OEO is a devout Catholic but she is no fanatic. Her best pal on the staff is a Muslim. She brings the patience, insight and love of a mother to her dealings with the students. She can pet and encourage when necessary; then yell Ajegunle ghetto slang in an army sergeant’s voice if need be. She can talk dirty and raw if she has to.

OEO is a hard and smart worker. One thing I love about her as a teacher is her disciplinary methods. I wish I could learn them but I fear that I may go overboard and get physical with the boys.

She is a great friend of B.D.D. and A.S. Together, they form a team. She is also diplomatic and shrewd. An antagonist may describe her as cunning but I prefer to see her as one who seizes an opportunity whenever it manifests. OEO is bold and fun-loving. See her rock and you will be forgiven for concluding she just stepped out of university for a night out with friends.

The first day BEB walked into the staff room the words of Jesus Christ admonishing his apostles to be as gentle as a dove and wise as a serpent filled my head. Since then I have associated the second part of the saying with her.

Aged 29-32, BEB is tall, pretty, slim, elegant and endowed with the complexion of fine beach sand. A former male colleague commended her lips. The day he did it, I was a bit taken aback. It never occurred to me to admire a woman’s lips before. I mean, it is standard fare to ooh and aah at a woman’s legs, hips, bust, even breasts. But lips? Well, after that, I took a good look at BEB’s lips and voted hers as the most kissable in the Junior School.

BEB hit the ground running. She is a competent manager of her subject; a good teacher and a dedicated learner. She gets on swimmingly with the JS1 boys who at times still display babyish traits carried over from primary and even nursery school. Maybe it was in recognition of this quality the authorities made her a JS1 class teacher. Whenever she comes to my class to learn one or two things from how I transmit the subject or ask a few questions I sense a down-to-earthiness that can only come from a good brain. Though reserved, she is neither unsociable nor lacking in humour.

She is a Pentecostal Christian; a member of the Winner’s Chapel. Though some colleagues may think she carries her faith as a chip on her shoulder, I disagree. How a person worships God is nobody’s business as long as it does not get in the way of harmonious co-existence and effective functioning in the society. What I like about BEB is that she wears her faith in her heart and not on her face.

But she radiates a quiet stubbornness and toughness. Behind her dove-like brown eyes is a hard streak. BEB may not agree but I honestly think she will make a good soldier. I have always imagined casting her in a story or film as a commando or spy. Perhaps her political science background is responsible for her diplomatic approach to issues. An opponent may say she is cunning.

BEB is kind, friendly and helpful. She gives her job her best.

‘The Ladies of the White Board’ is an extract from my memoir-in –progress about my life as a teacher in contemporary Nigeria.

The Cadavers: A short story by Eghosa Imasuen

A Ghost in the Woods: A Short Story by Wesley Macheso