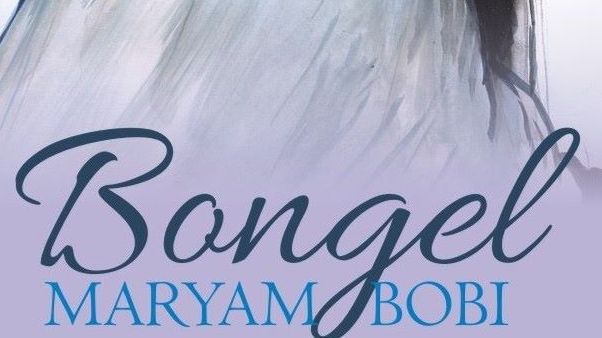 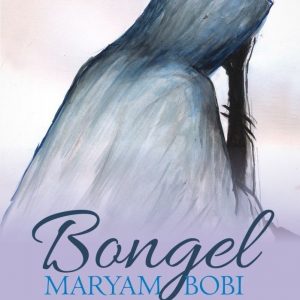 “Bongel” is a bold statement by the young author, Maryam Bobi, to a society that equates the value of a girl-child to that of a cow, a mere item of misogynist aggrandisement, an object to be owned by men, especially financially buoyant men like Alhaji Tanko, who in the story insists on possessing Bongel to bear him a male child. A machine that must work according to the dictates of its owner such as in the case of Mallam Buba who runs a slave house where his wife, Jummai, bears him wares (daughters) he trades to amass wealth for himself. And they his — wife and daughters — must always do his bidding because he is the “man” and owner of the house. Bongel’s older sisters have been traded by their father before their thirteenth birthday and so must all his daughters. But Bongel dares to break the jinx by refusing to be married to Alhaji Tanko who is already married to three wives and has the wealth that would change the fortune of her family for the better. Bongel is twelve and the brightest pupil of the primary school she just passed out from and her one desire is to get a college education and become a woman of class and quality like her primary school Headmistress. However, Buba’s dream for his young daughter is to be married to a man old enough to be her father or grandfather. Buba’s concern is the size of his treasuries; he must collect the cows Alhaji Tanko is offering as bride price.

Child marriage is a predominant social and cultural anomaly in northern Nigeria and other parts of Nigeria. It continues to be a serious cause for concern especially in the north, in spite of the encroaching fangs of modernity everywhere. While the girl-child is encouraged and educated in other parts of the country, many parts of northern Nigeria is still witnessing the rather alarming practice of girl-child marriage. The evil of girl-child marriage is perpetuated under the guise of often misinformed religious teachings or traditional beliefs. This evil to an extent is a preserve of the poor folks with mal-nutritional sense of judgement and misplaced priorities when it comes to determining what is most appropriate for their female children. The practice is very rare among the rich and educated folks, who ensure that their female children acquire education just as their male ones. This bizarre indulgence by the society is what Maryam Bobi’s novella, “Bongel”, is condemning via the graphical portrayal of the negative consequences or afflictions of such actions on the victims who are helpless children who cannot defend themselves because the society has seized their voice. The fact that Bobi finds this thematic occupation still relevant for discussion underscores the fact that the subject is still prevalent and perhaps may not be abated any time soon in spite of the prominence of Western education in the region.

The story of Bongel is told in the third person in ten chapters and set in “Bobi Village” but sometimes the narration shifts to Tegina and Rijau respectively. The characters are up and doing. The narration is smooth and engaging. The narrator recounts events that sum up Bongel’s life with rich descriptive strength and special affection for details. There are also beautiful metaphors for those who admire elegant collocation. “Bongel” is also a tale of love between Bongel and Abdul, Kauthar’s elder brother who returns from the UK after his Master’s Degree programme and falls in love with Bongel. Kauthar is Bongel’s best friend and roommate at the El-khamar School for Medical Sciences. But a serious problem breaks out when Kauther’s family finds out about the past that Bongel has been concealing. Abdul seeks Bongel’s hands in marriage but Bongel fears that her past might prevent her from possessing a future she so much craves with him. It is the discovery of her previous marriage that breaks up the once beautiful union between Bongel and Abdu and Kauther, who are disappointed at Bongel’s ugly past of having being married to Alhaji Tanko, her giving birth to a still-birth and eventual divorce.

This unfortunate incursion into Bongel’s past which brings back the ugly memories of her childhood life as told by the narrator who takes us back on a journey into the past and the events that eventually defines Bongel’s present. Through the flashback technique the reader watches the breakdown of Bongel’s life story in quite significant detail. The narrator does a nice job by supplying the reader with personal knowledge of the happenings. The crux of the storyline is that a present romantic affair between Bongel and her Romeo, Abdu risks extermination because of a past that was not her making. Bongel is therefore victimised by her erstwhile best friends.

The story is soul stirring and inspiring, especially as little Bongel continues to plead and insist on going to school. The boldness with which she confronts her father is rare of children of her age especially that none of her older siblings had dared to challenge their father. Her father trying to convince Bongel to reason with him takes to the cattle ranch behind their hut and shows her the new herds of cattle given to him by Alhaji Tanko as her dowry, but she is not impressed by it. See the ensuing conversation between them,

They are all ours, Bongel. Your dowry paid in full by your generous husband. Can you now see that that Headmistress of yours and your mother are naïve? The path you and I have chosen is one that has ensured the continual survival of the family.

“I don’t want this; you do!” She cried out and yanked her hand away from his hold. She scampered away from him, no longer able to stand his insensitivity. “I want to go to school, just as Juma has done. Her father let her go to school,” (p.56)

Bongel is not alone in the struggle and humiliation; her mother Jummai shares her daughter’s aspirations and tries endlessly to convince her husband Buba to reconsider his marriage stand. But she too becomes an object of abuse and derision by her husband who accuses her of being a bad wife and mother to their daughter. Even the Headmistress’s intervention would not dissuade Buba from carrying out his plan of enslaving his daughter. Bongel eventually is forced into marriage and according to the narrator this is what Bongel considers her first night with Alhaji Tanko to be:

The moment his wrinkly skin touched her, she felt like shrivelling away into the earth. His sandpaper palms first found her head before frisking their ways down to her hips in search of the knot of her wrapper. When she resisted and tried to push him away, he became so furious he tore the wrapper off her body and pinned her on the bed. Bongel felt her executioner grunting like a pig, breathing hot tepid air down her face, and burying her in an envelope of acrid smells. The tearing pain that hit her brain was worse than any pain she had ever felt in her life. (p.68)

Bongel’s saving grace according to the story is when she miscarries a pregnancy which Alhaji Tanko labour for with all his might by visiting her three times or more in a day so she would conceive him a male child. According to a friend of his the more frequent conjugal visits to the twelve years old bride would certainly culminate into the conception of a male child. All the huge dowry of cows given to her father is to secure the prospects of a male child. Bongel gets afflicted with Vesico Vaginal Fistula and Alhaji Tanko divorces her for miscarrying his pregnancy. Her mother too is divorced by Buba who accuses Bongel of deliberately mismanaging the pregnancy with the support of her mother thereby ruining his chances with Alhaji Tanko. Both mother and daughter are divorced on the same day by their husbands. Although, Bongel’s quest to be educated is met with several challenges as shown in the story, she, however, eventually graduates from medical school against all odds.

The story is a struggle for the liberation of the women folk and a clarion call on the need for the education of female gender. The feminist approach to the story is very conspicuous. The portrayal of the male characters as insensitive beasts is an obvious point to be easily picked out by the reader. The women in the story are presented as being the only sane beings alive. The story succeeds in a strange way in the sense that it makes the reader despise the insensitivity of the men and their greed for material possession. Buba is shown as a man who cares more for the size of his cows than his daughters’ life. The arguments in the story help to send home this point. One of the most important points that the book makes is that the girl-child and her education are of paramount importance and that parents must pay attention to the needs and aspirations of the girl-child.

Finally, there are some issues that might have been better handled in the story. Chiefly is that, the story is fast paced, the events are not properly demarcated or put into perspective. In many instances the events seem to be running into each other. Perhaps the writer deliberately ignores the use of time sequence to effect proper segregation of the events. The events could have been better proportioned as everything could not have happened so fast in one breathe. Again, how is it that there is no single man in the story who could have been sane enough to put in words in favour of Bongel’s education? How could all the men in Bobi Village be unconcerned about the fate of a little girl? Even when Adama’s father allows her to go to school, very little is said of him. The Headmistress is portrayed as the symbol of intelligence and class against the backdrop of illiterate men such as Bongel’s father, in Bobi. Of course, this style of narration is created to deliberately malign the male gender, but it also could have been otherwise in Bongel. A balanced narration would have been advised. We also do not really know how Bongel managed to enrol at El-khamar School of Medical Sciences; we are only told that she secured government scholarship, just like that? Did she go to college after all that happened to her? How and when? Writing fiction is different from scripting where viewers are made or expected to assume what is or could have been by the director. Fiction works with logic, it is concerned with when, how and where it happened. Most importantly fiction is time conscious.

No doubt, Maryam Bobi is a fine writer and her debut work “Bongel” is an attestation to that finesse. Her prose beams with much succour for the women folk. Another voice has been added to the struggle for the liberation of the female gender from mundane and irrational traditional or religious confinement. Maryam Bobi is the North’s new Zainab Alkali. Bongel deserves to be read.

Dance With Me Brother: Poems By Abdulrasheed Yusuf

Marechera’s Cemetery of the Mind: Poems by Abigail George