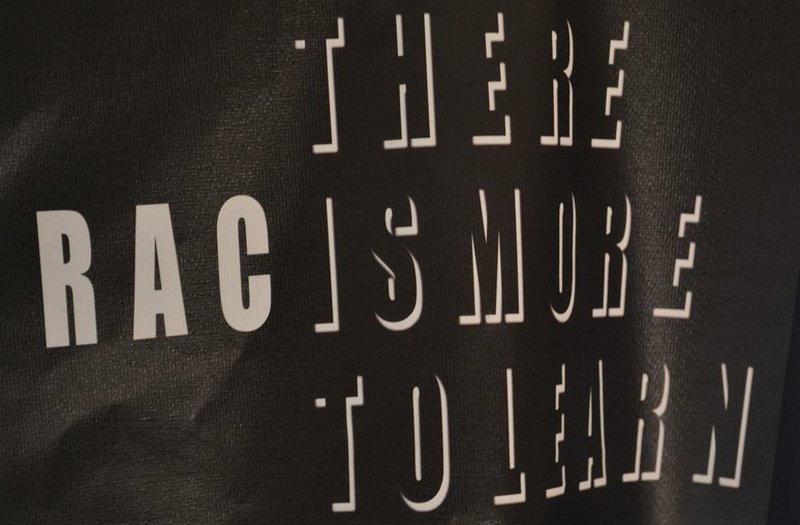 (From the book The Moon is Made of Green Cheese)

I had a dream.
I was walking down a street in downtown Harlem,
The stirring strains of jazz in my ear,
When I bumped into Martin Luther King, Jr.
It was drizzling and darkness had fallen
And I said: ‘Perhaps you could help me, sir.
You see, I’m looking for the Golden Man.’
King said, ‘What do you want them Orientals for, brother?
Say it loud – I’m Black and proud!’
I explained that the Golden Man has no particular colour;
He equates racism with ignorance and doesn’t bother
With petty prejudices, seeing humanity as one.

King said: ‘How long have you been searching, son?’
I said: ‘Quite some time now, more than a year.’
‘Have you ever heard about the “Conference of Birds”?’
‘Yes – some birds made an epic flight to see their God
But when they reached Heaven, a big mirror was all they got!’
‘Exactly,’ said the leader of the Million Man March in D.C.
‘Maybe if you looked in a mirror, you’d find the man you want to see.’
‘Me, the Renaissance Man? That’s a good one!
I’m just another face in the crowd – Nobody knows my name!’
King said: ‘One of the largest biggest living things is the oak tree
But, strangely enough, its seed is almost as small as a flea!
Tell me, what does your name mean?’
‘Well, translated to English, it means “defends mankind”.’
‘Now isn’t that strange! Don’t just talk about change –
BE the change that you want to see!’

James Baldwin appeared just as I was parting with Martin Luther.
He smiled broadly and placed a hand on my shoulder:
‘When I was starting out, nobody knew my name, either.
Later, they were calling me “the greatest Negro writer.”
The dream becomes a goal when you start working
Towards it. Visualise your goal and start walking!’
I thanked him for his advice and entered a nearby bar.
It was warm, stuffy and as crowded as a slave ship.
In one corner, a small TV was showing the evening news.
Poet Gil Scott-Heron was nursing a beer when I joined him at the
counter.
He turned and said, ‘You the boy from Africa?’
‘Guilty as charged,’ I said as I ordered a Budweiser,
‘I live right next door to the Maasai Mara.’
At that moment, a hush fell across the bar
As the TV showed two White cops flaying a Black youngster.
Gil Scott-Heron switched off the TV and started shouting:
‘Fear not, for the revolution is coming, my brothers,
And the revolution will NOT be televised!
The revolutionaries will not talk to Larry King
Or crack jokes on the Tonight Show with Jay Leno.
The revolution will not be available on cable,
The revolution will not be sandwiched between commercials,
The revolution will not be yet another Reality TV show,
The revolution will NOT be televised!’

After Gil Scott-Heron’s tirade, order returned to the house.
Billie Holiday took to the stage amid a groundswell of applause.
When everyone quieted down, the lady sung the blues:
‘The Very Thought of You’ was her first song.
Gil Scott-Heron looked at me and said, ‘What’s wrong?’
I said that the song reminded me of my wife.
‘More than the love of my life, she’s the life of my life:
The very thought of HER is enough to make me want to return.’
Gil patted my back, saying, ‘Black Love is so beautiful!’
I said, ‘I didn’t know love had colours, my good man,
And, by the way, there’s no such thing as an “African American,”
All people come from Africa or so the anthropologists say.’
The uproar that ensued drowned out Billie Holiday;
I had to escape before they lynched me.

Standing outside, still ruffled by the earlier hostility,
A young hooker in a micro-mini and stilettos approached me.
‘Looking for some action? – Anything goes,’ said she.
Barely had I finished saying, ‘No, my sister,’
Than she cocked her head, snapped her fingers
And said, ‘Yo sista? You betta change your glasses, Mista!’
And with that, she spun round and sashayed away.

At that moment, Marvin Gaye materialized seemingly from ether.
He lamented: ‘It’s things like that that make me wonna holler!
Our sisters selling their bodies like illicit drugs,
Our brothers turning into junkies and thugs.
Even in these United States, we are kept on the periphery.
I’m talking about the inner-city blues. The powers that be
Have money for space shuttles and foreign wars
But they can’t shelter the homeless or feed the poor.
If this is the American Dream, I’d hate to see the Nightmare!
Taxation without representation. Yeah, makes me wonna holler!
Let’s raise our fists and shout, “Emancipation!”’

Malcolm X was even more impassioned than Marvin Gaye:
‘You say nobody knows your name, brother?’ –
His glasses were reflecting the neon lights as he addressed me –
‘Forget the slave name and put an X after your first name.
And if you want to see any form of change – any –
Then you have to take the bull by the horns, as they say,
And impose your will by any means necessary.
I understand that, like me, you’re a writer:
Remember that the pen is mightier than the sword.
You see that tall man standing in the corner?
That’s an FBI agent pretending to be an idler
And I’m sure that, somewhere, there’s a sniper
But I’m not afraid of becoming a casualty of war.
If I should die, think only this of me:
That there is some corner of America that is forever Africa!’

As I left Malcolm X, I pondered his last words
And somewhere, soft as the hiss of sprinklers,
Was the sound of a search helicopter.
Could I, like Malcolm, use my pen to stab at social injustice?
They kill outspoken writers, don’t they?
Look at what happened to Stokely Carmichael, Ken Saro-Wiwa…
I had just started to run down the drizzled street when the helicopter
Leaped over a skyscraper and focused its blinding searchlight on me.
I stopped and stared blinkingly at the light, saying my last prayers.
The searchlight morphed into the sun and familiar sounds flooded my ears.
I looked around and realized that I had woken from my nightmare.
Grateful I was, but the memories of that weird dream would not let me go
And I knew in the last that even in waking life,
I would have to continue my search for the Golden Man…
————-

HISTORICAL FIGURES REFERENCED:
– Frederick Douglass: Escaped slave who became the most important black American leader of the 19th century (And inadvertently one of the pioneers of Black literature in English).

– Dr. Martin Luther King Jr.: Famous African-American Civil Rights leader. At the age of 39, he was assassinated on the balcony of a motel room.

– Gil Scott-Heron: African-American poet best known for his poem ‘The Revolution Will Not be Televised’

– Billie Holiday: Popular but troubled singer who died of a drug overdose at the height of her musical career.

Alexander Nderitu is a Kenyan Writer and IT expert. In 2001, he became one of Africa's first 'digital novelists' with the Internet publication of his signature thriller, 'When the Whirlwind Passes'. In 2004, he was nominated for the Douglas Coupland Short Story Award for his spy story, 'Life as a Flower'. In late 2007, Nderitu won a Theatre Company prize for his comedic stage play, 'Hannah and the Angel'. In 2009, two short Nderitu stories, 'Rock and Republic' and 'A Cold Day in December' were both shortlisted in the Kwani?-organised writing competition whose theme was 'The Kenya I Live In.' His most recent works are: 'The Moon is Made of Green Cheese' (poetry) and 'Kiss, Commander, Promise' (short stories). His literature is available in English, Japanese and Arabic.

Emmanuel Ojeikhodion: Death lives inside you

The Eyes: By Seotsa ‘Soh’ Manyeli

The Royal Trial: By Mahmoud Mansi