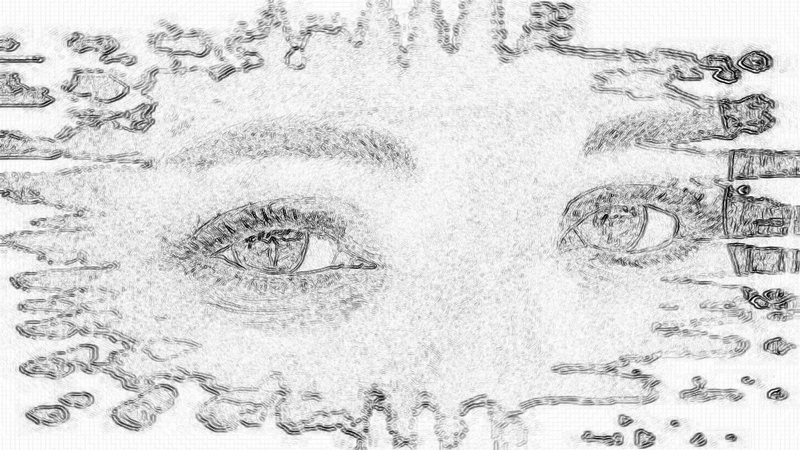 Red, blue and light strokes of cyan. Those were the colours on the chiffon gown Dim had gotten me. It was a knee-length gown, not too revealing, yet as I held it in my hands, it got clearer with every passing second that it wasn’t what I wanted. I didn’t like the properly seamed edges or the tiny belt that was meant to be slung over the gown. I didn’t like the combination of colours, colours I wasn’t used to. Most of all, I didn’t like the fact that Dim had gotten it for me. I didn’t like that he thought I couldn’t get something nice for myself. I breathed in the cool air as I hurled the delivery man away with a wave of the hand. He disappeared quickly to my relief, rounding the bend along the corridor like a child scurrying away from a ferocious animal. I wanted to thank him, but I couldn’t. Not because I didn’t want to but because I feared he wouldn’t understand. The sound of my feet against the hard wood as I ascended the stairs was the only noise one could hear in the entire house. Aside the raised voices from the market women at the end of the street, my entire world seemed quiet. Quiet and still.

As normal, I waited like every day. Waited to hear the sound of Dim’s Volvo skidding to a stop in our front yard. Waited to see him walk up the steep steps onto the veranda and take off his shoes. But today, I didn’t wait idly. Today, I didn’t pass time by counting the reddish-brown terracotta pieces on our glass table, or by singing old tunes I remembered from my youth. A youth bridged not by age, but by the string of happenings. Instead, I rummaged through a huge iron box, a box I hadn’t opened since I had walked in the front door five years ago. It had huge locks, locks that reminded me of what my life was now in contrast to what it had once been. Sealed and protected. In few minutes, I found what I was looking for; a well finished tie and die material. Staring at it brought back memories, memories of a wrinkled smile on a bride’s face, a bride that had been me. In matching Ankara clothes with a man. A man I had thought I loved. Love I had judged based on my shrugging shoulders when I was told he was the one. Or by the forced smile on my mother’s face when she had walked me to his then Peugeot car that misty January morning. I remember the cool air and peeling lips that announced to everyone the seemingly unwanted presence of Uguru. It was that same day she had given me this material, folded it into three equal squares, wrapped it in a polythene bag and neatly placed it at the side of my box. Then when life had been all smiles, when time hadn’t sagged my shoulders, when there had still been a gleam in Dim’s eyes. A gleam I had mistaken for pleasure, the same pleasure I had seen in other men’s eyes when they had come for their bride. I had likened Dim’s motionless expression, his stutter, the way he refused to iron the clothes meant for the “Igba Nkwu” to pleasure. I carefully placed the six yard material on the wooden table as though dropping it in any other way would ruin its designs. Designs I loved, not because I understood them. No, the scattered parchment of colours made no sense to me; it was rather because of the memories they brought back.

The sound of the front door opening jolted me back to reality. It was then I realised Dim’s Volvo was neatly parked in the front yard beside the Oak tree. It was then I heard the sound of his heavy footsteps ascending the wooden stairs. My heart skipped a beat as I stared at the chiffon gown that lay spread on the bed. I shouldn’t have left it there. It shouldn’t be the first thing Dim had to see. I didn’t have much time to think before the room door flung open. There he was, dressed in a flannel shirt and khaki trousers, his hazel eyes glistened as he stared from me to the Chiffon gown lying on the bed.

“Nno,” I said in a low tone, one so low that I doubted it was mine.

“Your food is on the dining table,” I said, and then I started to walk out so he could change.

His voice stopped me in my tracks. “Did you get the package from the delivery man I sent?”

I nodded in response to the will of that baritone voice. A baritone voice I had come to know years ago when mine had been a whisper. A voice I had learned to love, hard as it seemed. I had tried to get used to the fluidity in its speech. I tried to read love from it, the kind of love I knew. The kind that existed between my parents, a love born out of mutual understanding, a love expressed in the way they talked far into the night, in the way Mama kneeled to serve Papa his meals every night. In the way Papa would let her sip from the full cup of palm wine before he began to drink, most of all in the way Mama would drink whether she was thirsty or not. Their love was so austere that I sometimes thought I imagined it. I sometimes thought I imagined the low cackles that had then drifted me to sleep every night, or the hushed voices speaking in Igbo from the front house about everything.

“It’s for tomorrow,” he pouted, like I didn’t already know.

Dim had gotten me the chiffon gown for the workers formal of his company which held annually. I never attended; Dim hadn’t ever bothered asking me to. But this year, he so badly craved for a promotion that he thought it worthwhile to bring me along. He knew such managerial levels didn’t come to unmarried men, so he intended to flaunt me at the event for that purpose only. He knew I was aware. He knew I was aware I was just a business asset but he didn’t care. Nor did I. I would have but I lost the right to a long time ago. Not by doing anything wrong. On the contrary, it was by doing nothing at all.

When Dim slept off that night, I got to work sewing previously cut pieces of the tie and die material together to make a dress. A dress I intended to wear to the formal; one I had learnt to sew from my younger sister Nkem. As I passed the needle through the material and drew it back to tighten, a smile formed across my face. It taught me a lot about life; the little time in which the unfinished edges became properly seamed gave me a hint of how my life was to God. Little rough pieces becoming properly sewn.

The next day, I had, as always, waited for Dim. But unlike the previous day, I waited idly. I waited dressed in the tie and die material I had sewn. My hair was done in the only way I knew. I sang no songs, nor did I bother counting the terracotta pieces. I just waited till I heard the sound of a car pull up in the driveway. Dim’s figure appeared in the doorway a few minutes later. He barely stared at me after dropping his keys before he started to make his way up the stairs in his regular fashion. Stomping his feet hard against each stair with enough force to split them in two. The sound of his feet stomping against each stair reminded one of the village drums; the ones played every year to herald the mmuos at festive celebrations.

Dim came down the stairs after a long time, bathed and fully dressed.

“We’re late,” he said to me, picking up his keys from the glass table beside the terracotta pieces. “I thought you’d be dressed by now.”

My lips quivered, probably from fear of what I was about to say. “I am dressed.”

“What do you mean?” he asked me. His eyebrows were raised and his shoulders sagged in disappointment. “Where is the dress I got you?”

That day, Dim and I still drove to the formal. I was still dressed in the tie and die material I had sewn with its rough edges pointing out like hunters aiming at a prey. I sat beside him in the Volvo. I never sat there except on Sundays and at Family reunions when he wanted to make an impression. As we pulled over, I could see other men with their wives dressed in exquisite gowns of varying colours. None was dressed in handmade tie and die. Dim began to make some phone calls when we alighted and I excused myself to the bathroom.

I cried. I cried because I knew Dim wouldn’t get the raise. I cried because of the pains I felt at every part of my body. As I cried, my mind wandered back to the shattered terracotta pieces. I thought of how much I was like them, easily shattered but carefully moulded.

When I dried my eyes and walked out the bathroom, Dim was talking to a woman. Something about her seemed familiar but I couldn’t make out what. It wasn’t her face, for I had never seen her anywhere. It was her dress. A chiffon gown, red, blue, and light strokes of cyan.

IMAGE: Modification of a Bigstock.com file

Caleb Okereke is a sixteen year old diploma student of Nnamdi Azikiwe University. An enthusiastic young writer and poet whose work has been published on numerous blogs, he is part convener of the annual poetry program "Cogitations".

As Silent as the Graveyard: Poems by Sokuma Theophilus