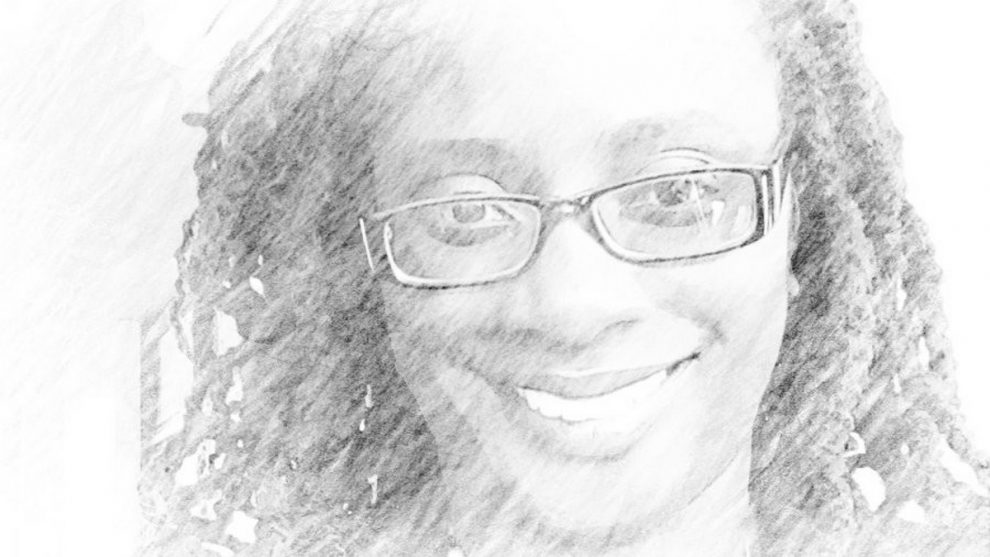 Asante Lucy Mtenje is a Malawian academic, creative writer, and artist. She holds a PhD in English Studies from Stellenbosch University. She currently teaches courses in African literature, African American Literature and Creative writing in the Department of English at the University of Malawi, Chancellor College. Her research has been published in academic journals such as Journal of Commonwealth Literature, Hecate: International Journal of Women’s Liberation, Journal of the African Literature Association, Current Writing: Text and Reception in Southern Africa, Matatu Journal for African Culture and Society and Eastern African Literary and Cultural Studies. Her current research interests include gender and sexualities, dress studies, Afro-diasporic literature, religion and gender, popular culture and Malawian oral literature. Her poetry and short stories have been published in local anthologies and some of her works also appear in Sentinel Literary Quarterly and AfricanWriter.

Wesley Macheso caught up with her to discuss the gender question in African literature today.

My writing has deliberately been about showing the different ways in which women face oppression in a society where patriarchy still reigns supreme.

Wesley Macheso: You are a writer, literary critic, and academic. Tell us how you manage to negotiate these important roles in contemporary Malawi where women are still marginalised in so many ways.

Asante Mtenje: Malawian women are still marginalized in many ways even though there are some efforts to achieve gender equality in the country for example in terms of gender representation in parliament which is still very low for women. However, despite efforts by various women groups and other stakeholders to advance the gender question, patriarchy remains the foremost organizing factor of gender relations in the country. This, therefore, entails that in many spaces, men still dominate. To negotiate these spaces requires a lot of tenacity, belief in one’s capability, drawing on networks formed by women and other allies for support and making bold decision to defy stereotypes and boundaries placed on me as a woman even though that obviously meets with some disapproval by both men and women. My position as an academic has in a way accorded me some privilege which is unfortunately not enjoyed by other women who are not financially or socially capable of fighting for their rights. I therefore use my agency as an academic and writer to bring awareness to the need for gender equality and the need to challenge gender stereotypes and offer platforms through which to interrogate received ideas of gender.

Wesley Macheso: To what extent can you say African female writers have contributed to how mainstream society imagines gender on the continent?

Asante Mtenje: African female writers have and continue to contribute alot to how society thinks about gender. If we look at seminal work by writers such as Tsitsi Dangaregmba, Buchi Emecheta, Mariama Ba, for example, which were written some decades ago, we understood and saw, through their writings, how patriarchy, enabled by colonialism, indigenous African cultures, religious practices, to mention a few factors, places women in subordinate positions where they are oppressed and exploited. Female writers have also given voice and agency to marginalized women in communities, questioning gender as a natural category. Through women’s writing, we have seen female characters who have defied gender stereotypes, challenged boundaries placed on their bodies and sexualities thus offering an empowering and alternative view of femininities.Contemporary writers (both male and female) continue to portray the complexities of gender and identity in their representations which have an influence in the way societies imagine gender on the continent.

Wesley Macheso: Talking about gender and its representations in African literature… Given that most canonized African writers are male – and this is especially the case in Malawi – do you think they can be entrusted with representing the experiences of African women in their work? 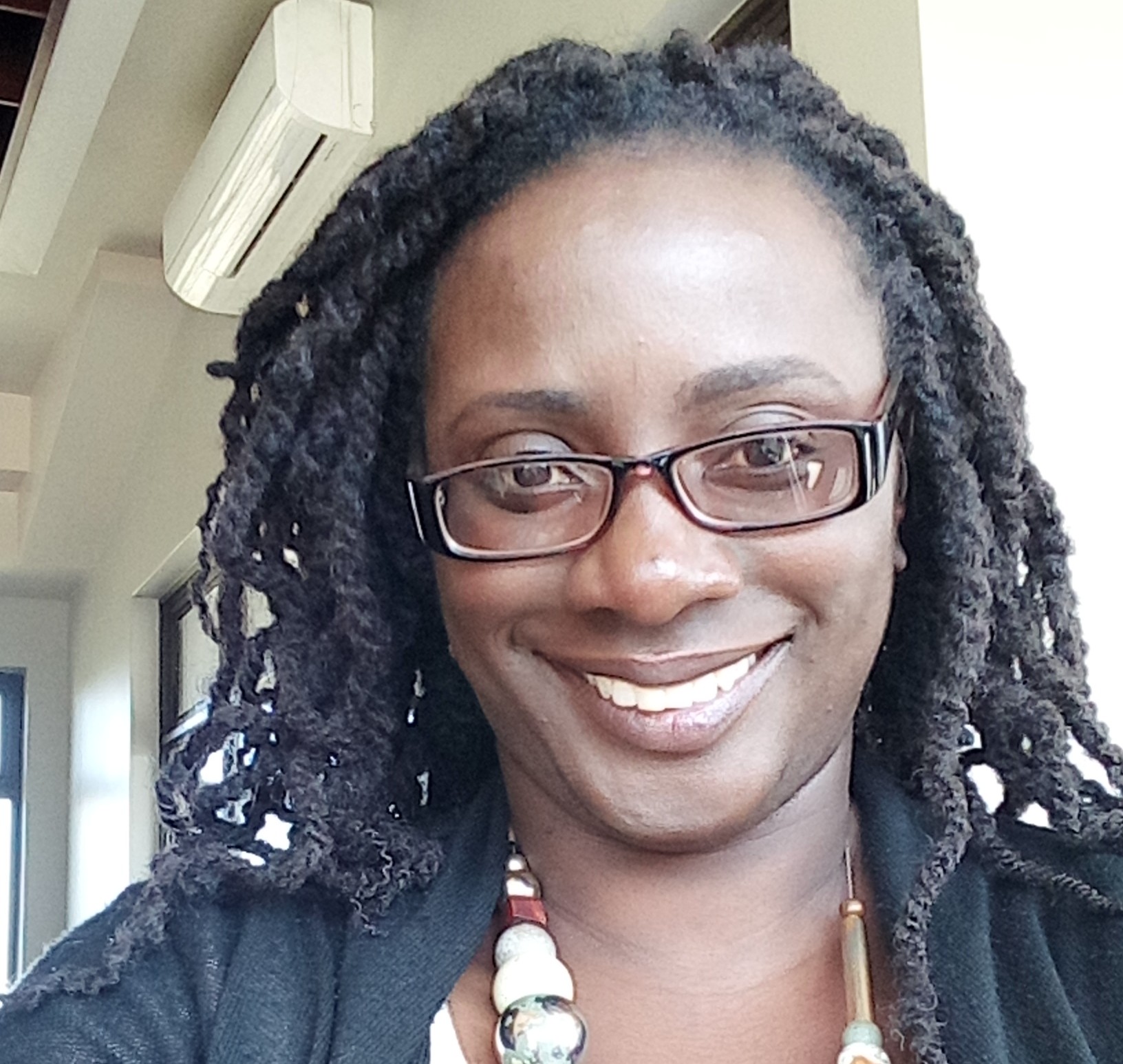 Asante Mtenje: I am always apprehensive about giving monopoly of representation to categories of people. It is limiting and at times counter-productive. Yes, as a woman, I may have an understanding of what it means to be a woman in Malawi better than men. But at the same time, it is very important to understand that women’s experiences are not monolithic and the way I experience womanhood in Malawi as a middle-class, young, feminist academic is not the same way a woman from my home village would experience womanhood. So in that case should I be entrusted with representing the experiences of women in Malawi? For me, it all comes down to the openness and empathy with which you approach your writing. Are you going to rely on stereotypes in your writing or are you going to acknowledge the complexities of human nature and their experiences? It is also about your intentionality as an author. What is it that you want to tell the world?

Wesley Macheso: If we are to extend the debate on gender, one would argue that in contemporary times, we can no longer invest all our energies in the male-female binary, which ignores other gender identity categories including transgender, intersex, and questioning people. How do you think African writers should talk about gender in the 21st century?

Asante Mtenje: Without being prescriptive, I think African writers should be able to acknowledge and represent the complexities of human nature and identities. Marginalized sexualities and gender identity categories of people deserve to be fully represented in their humanness and complexity.

Wesley Macheso: Your notable engagement with feminist topics in your research and creative writing prompts me to seek your views on the place of transgender women in Africa. How do you think African feminists should regard transgender women?

Asante Mtenje: For me, my idea of feminism is a collective struggle for equality in access to opportunities, resources, power, for example. That does not exclude and marginalize categories of people including transgender women or gender non-conforming people.

Wesley Macheso: Your fiction and poetry paint images of women who are resilient under several burdens. Tell us more…

Asante Mtenje: They are there. All they need is more platforms for them to be more visible to the rest of the world. For socio-historical and political reasons, there are significantly very few female writers as compared to male writers and this is very unfortunate. However, as the socio-political landscape is changing in this democratic age, more and more young female writers are publishing their work on social media platforms such as Facebook, Twitter, on blogs, some are self-publishing. I teach creative writing in the English Department at University of Malawi, and I see the creative energies in my students everyday and all they are looking for is a platform to launch their work. I am also the Patron and a member of Writers Workshop at Chancellor College and I know of a number of female students who have published their poetry anthologies, made poetry audio albums or have had short stories published in local anthologies. There is also a website called Makewana’s Daughters that is dedicated to promoting and publishing writing by Malawian women. One of the founders of Makewana’s Daughters is Dr. Timwa Lipenga, a brilliant writer who has short stories published in, among other places, the Caine Prize for African Writing anthology. Last year, she published a book titled Lomathinda: Rose Chibambo Speaks, which focuses on the story of Rose Chibambo, a Malawi nationalist struggle icon. So you see, they are there and I am quite positive that we will be seeing more of Malawian female writers on the international scene soon.

Wesley Macheso: What do you want to read in African literature by women in the future? Who are some of the writers we should look out for?

Asante Mtenje: Firstly, let me point out that I am not just interested in reading African literature by women but rather African literature in general. Contemporary African literature is full of diversity, energy and creativity and I enjoy it immensely. So I guess my response would be that I want to read more and more intriguing stories that experiment with language and form. I like to keep a wide reading horizon so I don’t want to limit myself by saying this is what I want to read in African or Malawian literature. Some of the writers to look out for (I will focus on the Malawian scene) are Timwa Lipenga, Grace Sharra and Phindu Banda, who are brilliant poets.

Wesley Macheso: If you may please share with us what you have been reading recently and what you are currently working on.

Asante Mtenje: I have just finished reading This Child will be Great, the autobiography of Ellen Johnson-Sirleaf, the first female president in Africa. It is a story of courage, resilience, passion, strength and hope. It kept me awake for many nights as the story is captivating even though there are gruesome parts which reflect the bloody history of Liberian civil war and military coup. I have learned so much from her story.

I am currently reading and doing research for a historical and mystery fictional novel which is based on the 1983 Mwanza murders during the dictatorial regime of Dr. Kamuzu Banda who ruled Malawi with an iron fist for thirty years. My doctoral research was inspired by life under the dictatorial regime of Banda especially with regard to questions of gender and sexuality. My interest has however gone beyond the questions that inspired my doctoral research and I am focusing on the murders of three ministers and one Member of Parliament which happened under the one party state. The murders were orchestrated to look like a car accident in 1983 and unfortunately the accused parties where acquitted during a court case at the advent of democracy in 1994 since most of the crucial witnesses had died by that and the incriminating evidence had also been destroyed. The novel will be narrated from the perspective of a fictional female Member of Parliament who discovers the plot but is loyal to the President. It is a lot of research but it is interesting historical research that is challenging what I thought I knew about life under a dictatorship.

Stay In Your Lane: A Short Story by Osahon Ize-Iyamu