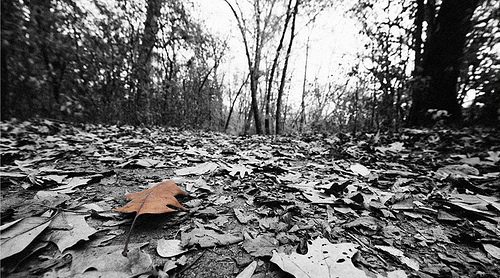 Baba brought back the charred remains he believed were hers and buried her under the mango tree behind the house. Despite all entreaties, he would not put a wooden cross on the site, he would not use any grave mark and he let the children play there, jumping and dancing everywhere and upsetting unripe mangoes to the ground with heavy thudding. It bothered no one but Simi that there was a grave there at all.

The day had come when she wanted to say everything but there was no one to listen. People had gathered again like the first morning, clustering in random groups, talking among themselves, and for a few days, everyone had lain in wait for a miracle, delaying the inevitable, trying to make things that should not be made.

Mama had gone to “A Division” again, trying once more to see if she would be allowed to meet with her son for she fervently believed that he was there. She believed anything that hinted at hope for his safe return. The weeks had pressed on one another until five months had passed since Pwajok was taken away and no one had been allowed to see him. Baba had gone several times to “A Division” and they had unceasingly reassured him that his son was alive and thriving, and they just needed to investigate a few things. He would be released. Baba stopped going to the police and turned instead to the politicians. This was unjust discrimination. Pwajok had no ammunition in his custody, he was not a violent man, he was not Boko Haram. Was this not a case of perverting the law to serve the purpose of some sadistic, unpatriotic Nigerians?

And so began the campaign that joined the causes of many distraught families across Plateau State. Their sons were unjustly treated, imprisoned without cause, jailed indefinitely, transferred from station to station until they went virtually missing and people barely heard about it. Nobody knew when a whole village was raided, pillaged, burned, when whole families died at the hands of impassioned attackers, when crops were destroyed before they ripened, or cows let loose to pasture on them. Nobody knew, but now they would be told. Baba went from youth wing to youth wing, office to office, until some local politicians shaped their campaigns on the vertebrae of the many panic-stricken families, until Mama’s plump, energetic body was substituted for the blackened corpse of a woman clearly younger and slimmer.

The coffin wasn’t opened for the children to go and have the customary last look. Baba thought it unnecessary, but Simi had seen the body and had known it was not her mother. Her mother was dead indeed, no doubt buried by some other family in place of someone they had lost to the blast, and mourned and cried over like the people here who mourned and cried over the body they adamantly refused to acknowledge was that of a perfect stranger. Simi stared at the place where her mother’s grave was supposed to be, her mind reeling back to memories of the deceased woman. Though all she wanted was to think pleasant things of the woman, Simi’s memories of her mother were warped by the incessant recollection of that night.

She had cringed inwardly with anxiety at the thought that the door would just creak right then and announce her. But everything seemed to have conspired with her that night – the cloak of darkness, the howling wind, the intermittent crackle as lightning tore the dense and starless sky. They didn’t notice as she carefully shut the door and crept back to bed, clutching tight her belly to fight off an urge to retch. Finding that she could not cry, she stared up at the ceiling and worked on regularising her galloping heart.

The rain seemed to have chased away the wind, pouring steadily, heavily. She thought she heard another door close in the compound, but that was highly improbable in the deafening noise of the rain beating down hard on the corrugated iron roof. But she knew that a door had indeed closed and someone was running home in the driving rain. The shock had dissipated and an aching of something akin to grief spread over her like a roosting hen. Mama had been outside splayed on a mat, crying out in the throes of passion, gripping feverishly a man that was not her husband, a man too young for her.

It was a dense morning after the rain, but the day was clear enough for an early walk. She shrugged her slight frame into a jacket, shod her feet in slippers, and unlatching the heavy bolts on the outer door, let herself out into the refreshing scent of the earth after rain. There was no one else; the village seemed to be lulled to sleep by the pleasant weather. The ground beneath her was free of any footprints but the deep dents she stamped with her slippers.

After a while roaming, she decided to go to Baba’s farm and pluck a few heads of corn for roasting. She was resolved to forget what she had seen last night, but the thought of her father brought a sudden dryness to her eyes, sucking out the moisture where tears ought to be.

As she approached the house in the clearing sunrise, her heart thumped loudly in her ears when she heard the serrated noises of the haphazard jumbles of people gathered before her. How dare they? Anger and shame mixed and blazed a seething fire in her. Using up all the strength of her will power, she pushed past the people and went into the house.

Before she could think through what she was seeing, Mama’s plump arms folded round her thin body.

“What is happening?” Her voice flagged in dread anticipating something she already knew.

Mama sniffled and swiped at her pained, reddened eyes, shaking her head a few times.

Eternal moments seemed to pass in the ensuing silence as Simi laboured to understand what she had just been told. Dazed, she walked away from her mother’s hypocrisy and marched straight for the kitchen where someone had already started a fire, dunking the corn that had lost all appeal to her and staring into the fire until her eyes teared at the smart from the smoke.

“No school today?” Baba’s deep voice pierced into her thoughts.

“Get ready and go to school,” he commanded.

No one punished her for coming late that day. During Biology, Mr. Amun was even willing to overlook the fact that she had failed to collect her specimen of some wild grass with an impossible name that was supposed to be found in her part of Africa. The whole day passed in a haze before her, and only when the closing bell rang did a semblance of reality seep in.

She turned towards him with decided steps, staring hard at him in an unusually confident, open curiosity. He gave her his hand and she dutifully took it.

“I’m sorry to hear about your brother,” he said, inclining his head to an angle she recognised from somewhere else.

She had begun to reply when slowly, an instinctive realisation dawned on her.

“I’m glad you didn’t catch a cold last night,” she said quietly, watching as his expression shifted from confusion to uncertainty to anguish.

“What…?” he tried vainly to hide his fear behind a poorly delivered chuckle.

“I saw you,” she abruptly turned away because she did not want him to see how her eyes glistened in tumultuous pools.

Simi never said a word, never asked anything, but Mama was as cautious as a lame cat in the house. It was with religious devotion she set about going to the police station to enquire about her son, an activity Simi had watched with disinterested monotony until the day she did not return, when a bomb had been set off at a market and the radio reported that eighteen people died. Eighteen! It was over a hundred as Baba had seen when he went to look for his wife’s body and brought instead the souvenir of a female stranger’s last shadows upon the earth.

The Bird at the Waterfall: By Seotsa ‘Soh’ Manyeli

The Evidence of Nostalgia: Fiction by Kabu Okai-Davies

Adebayo Akinloye
We use cookies to ensure that we give you the best experience on our website. If you continue to use this site we will assume that you are okay with it.Ok