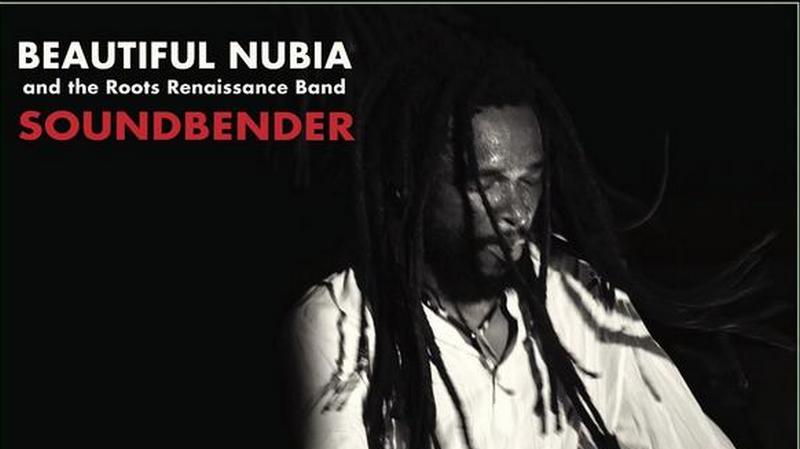 For a performer who has consistently released albums—and not just studio works— for over two decades, no one would be surprised by the plus ultra of the rhythmic and lyric refinement on Beautiful Nubia’s latest album.

Beautiful Nubia, Nigeria’s foremost contemporary folk artiste (he is erroneously described on an MTV Artistes’ profile page as a reggae artiste just as Salif Keita is too), is the doctor of sounds performing auscultatory diagnosis of the communal ailments and revealing the socio-political infirmities of the continent on his 11th studio album titled Soundbender. 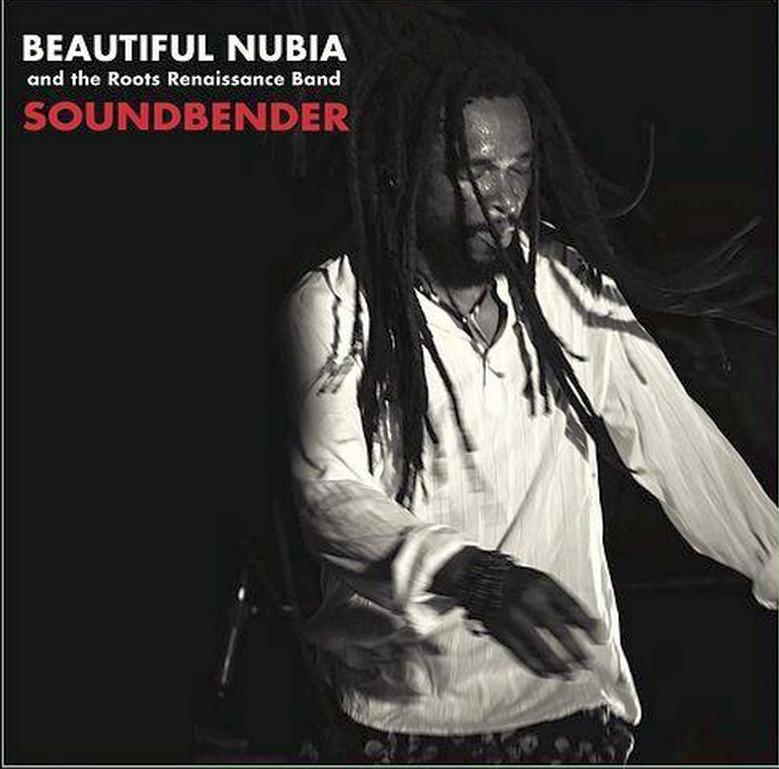 Beautiful Nubia draws the strength of his music from the Yorùbá copious corpus of folktales, folksongs and proverbs. This musical evangelist presents the wisdom, the impeccable understanding, and the wonderment of Yorùbá culture to the world, preserving the rich legacy of the Yorùbá inheritance so that the world benefits and appreciates it. Another artiste worthy of mention for performing similar service to the world is the Fuji music icon, Saheed Òṣùpá.

The understanding of Gottfried Wilhelm Leibniz, the philosopher, on music and mathematics when he said, “The pleasure we obtain from music comes from counting, but counting unconsciously. Music is nothing but unconscious arithmetic.” is apparent in the album. On the album, the poetry of musical mathematics is palpable to the listener. Beautiful Nubia bearing his musical calculations in mind imbued the album with terpsichorean notations calculable to the listeners as they respond to the tune. Certainly, mathematics is mankind’s first language, and mathematical aesthetics can be discerned on the album. The algorithm coded in traditional percussions and classy instrumentals in rhapsodic cadences, deeply mellisonant, corroborates that.

The artiste has again affirmed that there is just a thin line between music and poetry – and that thin line is performance. In the track, “Lights of Spain” for example, a listener may easily want to tag it a poem because of the figurative expressions on the lyric. And in a way, it is. You can count the stanzas, the feet and meter on the lyrics. His poetic lyrics are simple yet rich and set him aside from the noise-making artistes who shout empty words at listeners. And the steadfast accompaniment of the Roots Renaissance Band enhances the album.

As with the traditional king’s messenger bearing message and armed with his instrument for attracting attention, the album is more than a message delivered on an errand for a king. It sums up the different shades of understanding, the contemporary hopes, difficulties, and aspirations of the people, using rich Yorùbá folklore and language to preach continental messages.

The 15-track album opens with “Àrà”. The track is a call to dance and pays homage to his fans. “Outsider”, “Akáwọ́gbékùn” and “One Good Soul” ring out the pain of an alien in a foreign land and also exhort good people to be steadfast in their convictions. “Dreaming (On a Breezy Night)” is laid in dialogic metaphor, in trance-like manner the Yorùbá water deities, Olókun and Yemoja, are invoked in the song for sustenance to the weary hearted. “Ìrètí-ògo” is almost a gospel. It prophetically awakens hope and enjoins the virtuous never to yield to doubt. “Yọ’wọ” is a warning to the malevolent ones who bask in evil to desist from evil ways. The soft tune and vocal solemnity of the song is enough a warning. “Lights of Spain” travels through the Sahara and Mediterranean with migrants that seek hope on the other shores. Like in Jùmọ̀kẹ́ Verissimo’s poem, “Sighs of the Mediterranean Sea” in Migrations edited by Wọlé Sóyínká, this track accounts the hardships and horrors that this type of migrants’ experience on their sojourn of fleeing and becoming.

Other songs on the album include “Ten Lashes”, which condemns the pseudo-activists who promote their selfish interests while pretending to be fighting the oppressed causes. “Abukéọshin” and “Songs of the Trickster” are free adaptions from the many Yorùbá folktales about the notorious trickster, Ìjàpá. The two tracks say much about the political tricksters of today, too. “Anyone, Everyone” is a track that engulfs the soul in anguish. “Lékeléke” has featured on one of Beautiful Nubia’s albums before, but the perfection he seeks has led to it featuring anew on this album. Anyone who has been to any of his concerts will know that the song is very dear to him. Partly spiritual, partly metaphorical, the sacred bird that lends its name to the song title flutters helplessly in the face of man’s wickedness. “Paean to Sorrow” is a satire condemning wars and glorification of the so-called super powers. It reminds us of the place of ordinary folks who get entangled in such wars. The displaced refugees of Sudan and Syria readily comes to mind. “Àkọ́jáde” completes the album with a reminder that none shall outlive the earth.

Soundbender is a message against the tyranny of the wicked and confronts many evils in the land, speaking the complaints of the oppressed. It has a relevant social analysis of the configuration of the world-society. It challenges and urges us to work out collective solutions to the inequities of the current configuration. It is an album that is local in thematic preoccupation, yet global. Beautiful Nubia’s use of deep Yorùbá words that are fast going out of usage and various Yorùbá dialects proves him to be a cultural revivalist.

The ẸniỌbańkẹ́ cult must be given credit for the album. The tri-musical-angle that is made up of Beautiful Nubia and his Roots Renaissance Band, deserve accolades for their consistency, for their masterly compositions and renditions, and of course, the ever-growing cult of fans around the world. The fans complete the triangle and should be appreciated for sustenance and receptivity to the positive messages of Beautiful Nubia’s music. It’s like what Brian Eno described as “scenius” when he said genius is individual while scenius is communal. The communality of his music endears him to his audience and fans because of the collective emphasis of the album. So, in a way, it can be safely said that ẸniỌbańkẹ́ is scenius.

However, the artiste’s Yorùbá words are without ‘akiset’, to use the English of Àlàbá, a character in Wo̩lé S̩óyinká’s Alápatà Àpáta. The tonal marks that help to distinguish meanings are not used in the album’s liner notes. And it is not the first time Beautiful Nubia is guilty of this. His official website, where there are Yorùbá words, and his previous albums, which have Yorùbá titles, lack tonal marks. Readers who do not have a deep understanding of the Yorùbá words are likely to confuse or misunderstand the words. The marks are a feature of Yorùbá language. And to write without tonal marks is to disrespect the language. You won’t find Spanish, French or Dutch without their distinctive accent markers. It should be emphasised that Yorùbá is not inferior to these languages. In fact, Yorùbá is richer than some of these languages in clarity of expression.

Beautiful Nubia does not feature other artistes on his albums. This is deliberate and perhaps, needs re-evaluation. Although his music is somewhat personal, there is the need to feature, maybe, emerging artistes to encourage them into his musical genre and to contribute more to the music industry. Also collaborations across Africa with the likes of maybe Angelique Kidjo, Youssou N’Dour, or even Salif Keita is now necessary. Such collaborations would reach out to more of his francophone fans.

And, on a last note, one sincerely hopes that music videos of the songs on Soundbender will be made and will enjoy as much airplay as his other songs, which have been enjoying steady airplay in Ottawa, New York, (even China) and other cities of the world, on MTV and other top international music channels.

The Favourite Son of Africa is the pseudonym of Tope Salaudeen-Adégòkè. He is an editor, literary critic and poet from Ibadan, Nigeria. A member of WriteHouse Collective, Tope assesses manuscripts for publication and is one of the organisers of Artmosphere, a leading monthly literary event in Ibadan. Also, he is the administrator of the Kofi Awoonor Memorial Library in Ibadan and is a book reviewer at Wawa Review of Books, Abuja, Nigeria. He enjoys travelling and cooking.

When I Go Into the Wilderness: Poems by Abigail George