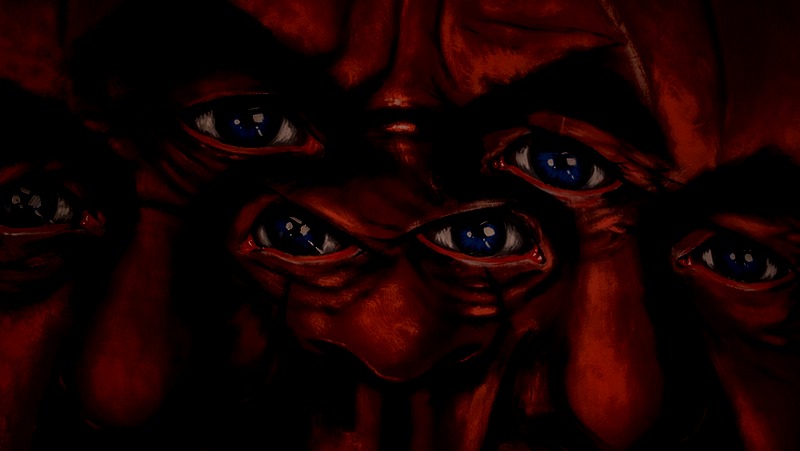 We Have Begun To Whisper: Fiction by Nelson C.J.

Her mother has had another child. A boy this time, but we came specifically for her. Her body is a perfect host…

Enter the void with us,

It is no longer faint, her whispers. They have become louder, more pronounced, almost loud.

Her whispers always entail conversations, her and her imaginary friends. If she ever had friends, we would have written it off as nostalgia. But she has been like this all her life; reticent, subdued, shrunken, beaten down. Since the day she began to whisper, her prominent cheek bones have fallen, slowly, gradually, like a mound of salt crumbling to flatness.

It began on her third birthday; she was to begin pre-school in the next two weeks. Her house on the far side of the lifeless Gaa Akanbi Street was bustling with activities.

Her mother was the most excited, and the busiest, buzzing around like a bee, doting on her daughter, checking and re-checking the food, ordering people around – especially her students who had come to help from the catering institution she ran.

It was after the party that we came. Pity held us back till then, his steely hands dissolving only when she was being put to sleep. Her mother hugged her tight and while their bodies were pressed together, we found our way in.

That was twelve years ago. Since then we have received many threats. As expected, her mother had consulted a doctor, but we held the tranquilizers she was given tightly in our grasp until we made her throw it all up.

Her Aunties came with so many Woli. Most of them came with long brooms, their brown halos landing severally on her feeble skin till her mother cried out in despair that they stop.

This caused a short term dissension between her mother and her Aunties.

A friend suggested a powerful man of God who holds an open crusade on one of the unused lands in Baba-Ode. The pastor saw us, but we are crafty, and so we fled. After the pastor was praised, and her mother had showered him with so much merit and gifts, we came back again.

And that was when her mother gave up. We’d thought she would continue. That was the fun in being a whisperer. We derive joy in making people run helter-skelter.

She was locked in a room, and fed sporadically – when her mother remembered – and bathed by a maid her mother employed for that very purpose.

Her mother has had another child. A boy this time, but we came specifically for her. Her body is a perfect host that beckoned us while we were looking for a match, a safe harbor after returning from exile. We were cast out by an Imam who decreed that we rot in the roaring fire of Alujan na.

She is confronting us. Day by day she is turning her back on us, daring us to come for her. Sometimes we do. Other times, she’s just too out of reach…

We are greatly disturbed because of this.

And if we were seers as well and not just whisperers, maybe we would have seen that she would hurt us. That she would make us shrink, recede, degenerate, backslide and fail.

She will house us, but on her own terms; her cheek bones will begin to rise again; her brown as mud eyes will come alive. Her brain will begin to register everything and everyone around her; her mother will gradually pay attention to her.

She will no longer whisper; she will talk.

And until the day we might get ahold of her, we have begun to whisper…

Six Heads and the King’s Body: A Short Story by Konye Obaji Ori