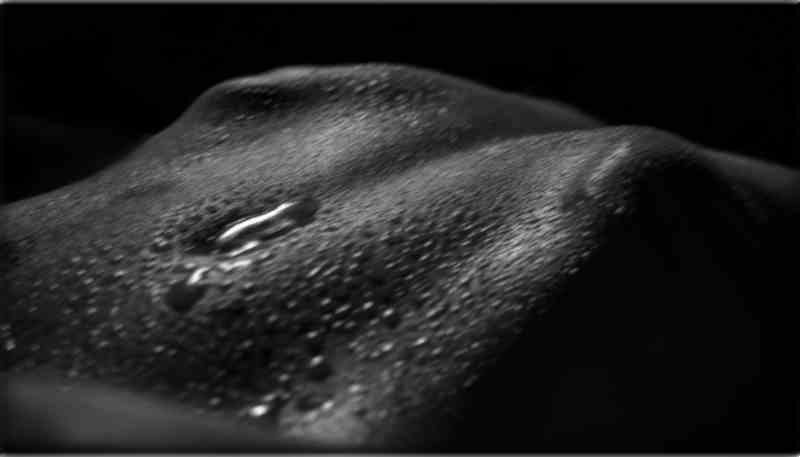 The room was dimly lit when I walked in with her. The twin purple curtains had been drawn close to shut out streaks of sunlight.

The blue walls are adorned with flowery wall papers and framed oil paintings. The Samsung air conditioner hummed gently. The room had a sweet smelling aroma of honey mixed with pineapple. The bed was dressed with a red bed sheet and was soft. Very soft. At least that was how Vivian had described it. It had four wooden posts and lay on the right extreme of the room close to a water dispenser.

Now, Vivian is soft too. Her fair thighs are softer. Today is Friday and it’s a pity it isn’t soft Vivian that is going to lie on my soft bed. I had come in with Victoria.

Vivian. Victoria. The sweet consonance of both names. They both had another thing in common. Freshness. They smelt fresh. Vivian, of a lathered new born baby. Victoria, of a seductress.

I loved both equally. They satisfied me; my cravings, my appetite, my hunger, my experiments, my lust.

Both quenched every desire of mine.

Yes. I walked in with Victoria and she lay on my soft bed. She looked ravishing. The bed spread had earlier been perfumed by a fragrance named Blue seduction. I understood seduction and was a master of the art.

I picked up the red remote control lying on the glass table which sat in the middle of the room and faced the Samsung flat screen which hung on the wall. I clicked the power button and it came on. A blue glow emanating from the television spread across the room. The DVD player came alive and the melodious voice of Selena Gomez filled the room. She sang Good for you.

I looked at Victoria sprawled on my soft bed. She was indeed good for me. She had told me she was going to take me to Pluto. Last time was Mars. We both knew the reason we had come. She took off her red blouse and threw it on the couch at the left extreme of the room. My eyes rested on her robust cleavage threatening to burst out of her black Victoria’s Secret bra. She only wore that brand.

She lay back on the bed and smiled at me. Her white teeth lit up my lust. She was captivating. Her natural black hair cascading over her rich mounds and on to the sheet. Her eyes shone with seduction and anticipation. Her pink tongue slowly slid across her slightly parted pink lips. Her face glowed like a goddess. She looked like a model posed for my lens.

I wanted her badly. Needed to do things to her. Needed her softness. I had to quench the brimstone desire rippling my loins. I knew she was itching for me the same way I itched for her. As I stood on the soft Persian rug and watched her, I could feel the electrifying throb to my bare feet.

I am handsome in my own way. Dark in complexion, soft cheeks and sparkling eyes. My crew cut hair making me feel like a super star. I had trimmed my beard low, carved my eyebrows just to suit my oval face. I wasn’t named Solomon for nothing.

The room exploded with desire as I smiled at Victoria. Another Selena Gomez song, The heart wants what it wants, enveloped us. The music lit my soul on fire and my emotions dripped like candle dew. Victoria moaned softly and stretched her slender silk legs. She discarded her skirt, threw it at me and then ran her fore-fingers on the band of her black G-string. She still licked those succulent wet lips. Her eyelashes fluttered like butterflies.

I couldn’t take her teasing any more. I removed my black V-neck BYC T-shirt and revealed a lithe and sculptured upper body. Of course, I took care of my upper torso. My breathing had become faint now so I hurriedly discarded my black trousers and lost my black brief. My erection was rock and it throbbed slowly like a black mamba.

Victoria sat up slowly from the bed and received me. Our lips crushed. Brown on Pink. I tasted vanilla. Our tongues were locked in a sliding contest as we explored each other’s oral cavity. The sloppy sound we made was music to my ears. My rock throbbed vigorously.

She sucked my tongue as hard as I sucked hers. As the tongue game went on she melted her body into mine. The sizzling effect was breath taking. I couldn’t feel the perfect connection so I undid the hook of the obstruction with expertise and the black bra crumpled in my right fist. I threw it away from the smoky arena.

Her nipples sunk into my bread chest and I felt a trigger of passion burn in my heart. I held her back and lay her gently on the bed. She sunk into the softness. I looked at her and she smiled. She was waiting for my famous act.

I bent and kissed her passionately. I sucked on her lips like I drew life from it. I tasted more vanilla. It seemed the flavour seeped out of her tongue. I slipped my tongue out of her vanilla dripping mouth and gently kissed her cheeks. She moaned lightly. I gently kissed her forehead and sucked on her earlobes. Licked inside and behind her ears and the moans grew. I traced her neckline with my wet tongue and then settled on the right side of her neck. I kissed and sucked that spot and she moaned louder, gripping my shoulder. I sucked her whole neck. Her sweet slender neck. She urged me on.

I paused and my eyes settled on the heaving mounds. My rock gave quick throbs. With my right forefinger, I traced a faint line on her neck down to her naked breasts. Gently, I sunk my lips on her left nipple. It was as if I had put ice cubes in my mouth. I suckled hungrily, baby-like. She held me closer, her sing-song words incomprehensible. I piloted my right palm towards her right breast and teased the nipple with my thumb and index finger. She moaned with excitement.

I let go of her mounds and slid my tongue down her belly line. She quivered. I got to her navel and sucked sweetly. She fondled my head in appreciation. Her eyes were shut. With a sharp tug, I snapped the band of the G-string and threw the shred thong farther. She opened her eyes. She was amazed.

My lips kissed her fair thighs and eventually settled in her V-zone. She parted her legs slowly revealing her inner sanctum. Her femininity had this vanilla scent and I went wild with desire. I licked my lips and slid my tongue into honey. She tasted like a cup of Coldstone’s peanut butter ice cream. Yummy.

I wiggled my tongue here and there, enjoying the slippery velvety feel. Finally, my tongue settled on the swollen knob. I sucked it gently and later fiercely as her moans filled the room. She pressed her head inwards like she wanted me submerged. She trashed wildly in bed as I continued my tongue game and her thighs later gripped my head. Her hips bucked in the throes of sensual excitement. She was happy. I was happy.

I sucked on. It wasn’t long and she started caressing my head lovingly. Her words were incoherent and incomprehensible like she was speaking in tongues. I paused and raised my head to look at her face. She was like a mermaid in a trance. I slid in my right mid-finger and started thrusting. The soft voice of Dido urged me on as she sang Don’t leave home.  I also went in with my tongue and did magic with it. She started quivering and whimpering and she pulled my face from her thighs towards her face. She found my lips and kissed me passionately and at the same time she held my rock and guided me home. I entered heaven. I slid into a fiery abyss and my whole heart stopped beating. She swallowed me to the hilt and I started pounding. My Hips grinded her hips and we both pounded in unison. She urged me on and I thrust like my life depended on it. In no time she stiffened and let out a loud scream, drawing me closer to her bosom and swallowing my mouth. She kissed me like a long lost lover. My thrusts thickened and her body became spasmodic. I felt the heavens thunder and stars shower around me as Dido reached a crescendo. My heart merged with hers and I was seized with spasms. My volcano erupted and in the midst of the storm someone screamed out loud:

“I love you Vivian!”

Through The Eyes of an Angel: A Short Story by Abigail George

Why I write in the dead of night – Ogaga Ifowodo

Forget this Place of Weeping: Experimental Prose by Abigail George