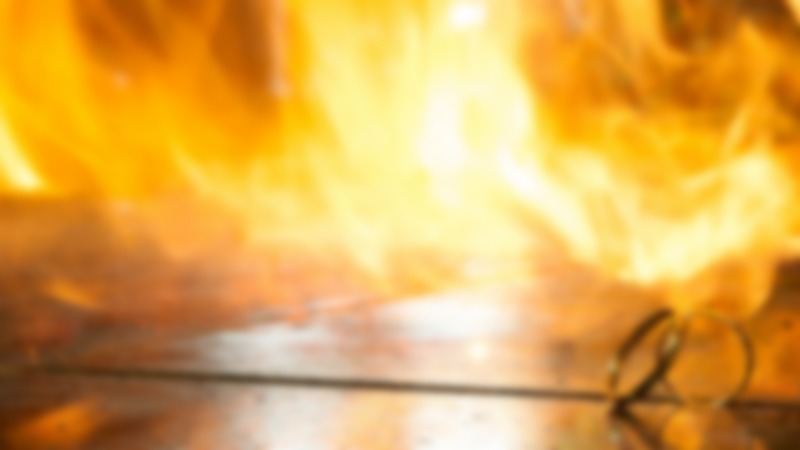 Office romance. That was how our colleagues explained Dayo and I, taking a cue from our CEO. They didn’t begrudge us our closeness, though I sense a bit of jealousy in the way Kate says her ‘good mornings’ lately – cold and distant. Yet, a rational part of me condemns me for being oversensitive. Before Dayo came on the scene, it was Kate and I. We gossiped about him like we did about everyone else while crunching popcorn and drinking coke at break time. Dayo would enter the canteen and choose another table. He ate his mince pie alone and spoke to no one, but somehow along the line, things changed. Dayo drew a line of demarcation between Kate and me, and then it became Dayo and I versus Kate. We gossiped about her the same way we had done about him.

We were returning from lunch when we met the CEO on his way downstairs. We greeted him and he returned our greeting with a smile. He had walked past us, then he stopped, turned around and said, ‘Hey! Did you guys watch the Teju Baby Face Show last night?’

The guy is good, I just don’t happen to be one of his fans. I watch the show only when I stumble on it while browsing through television channels.

‘No sir,’ Dayo and I replied simultaneously.

‘Oh, Evangelist Ebenezer Obey was on the show. And you know, Obey said that when Teju came to invite him to the show and was introducing himself, he mentioned his mother’s maiden name and surprisingly, the woman used to be Obey’s secretary. And when he mentioned his father’s name, the man was also an employee in the same office at the time the woman was Obey’s secretary.’

We laughed. So, Teju’s father and mother met when they were both working with Ebenezer Obey and their boss never knew that there was anything between them. At this point in the story, we realized that the CEO’s tale had  something to do with us.

‘And you know what Teju said? He told his audience that he is a product of an office romance. What came to my mind? One day, a child of yours and I may relate a similar story.’

Valentine was five days away. We converged to pick our ‘Vals’ by ballot. Whether providence had designed that Dayo and I would be the Vals of the Year, I would not know, but that day, I picked his name and he picked mine. He shouted in excitement, rushed forward and hugged me when he realized the fortunate coincidence and I responded by resting my head on his shoulder and smiling. Others, except Kate, cheered.

‘A wedding bell will soon ring in this company,’ someone said.

A wedding bell soon rang. The PRO announced at the staff meeting.

‘We have a wedding invitation card here.’

The announcement was greeted with an ovation. It was anticipated. I couldn’t raise my face to meet Dayo’s.

‘The families of Abegunrin and…’ The PRO frowned and paused. Then he continued, slowly, drawing the words out as though they had suddenly become a sticky mass ‘…Edun cordially request the pleasure of GRC staff at the solemnization of Holy Matrimony between their daughter Titilope Adejoke and their son Abayomi Olayemi…’

‘That isn’t you?’ I heard someone ask Dayo and I looked up. It was Mrs. Tijani, the woman who had told Dayo and me just a week earlier to wait till we were married before rubbing our love on people’s faces. The reading of the invitation card was halted. Dayo stood up, steeled himself in spite of himself, and not addressing Mrs. Tijani alone but everybody said, ‘No, that is not it. Titi and I were never dating. We are just friends. Our relationship is purely platonic, nothing more.’ He dispensed an artificial smile. ‘I know her fiancé, she too knows my fiancée.’

And I wished he really did have a fiancée.

I could tell that Dayo had rehearsed his lines in preparation for this occasion as soon as I told him of my wedding. What he did was more of a recitation, from the manner he allowed the sentences to roll out of his mouth. What was I expected to do? I didn’t know. I was not prepared. I raised my head and nodded. Everybody was looking from Dayo to me. I suddenly wished that there were two wedding-invitation cards, and that his wedding and mine would be on the same day.

Everyone looked forward to my big day. I had done no harm by choosing another man over Dayo. He too surprised me by showing maturity. The night I had told him about the wedding, he had left my apartment without a goodbye. He didn’t wait to eat the jollof rice I was cooking for him. I understood, but I wasn’t to blame either. He never proposed. Perhaps he was waiting for the right time or he took it as given that I would automatically consider myself his future wife but Yemi proposed and he was richer and he lived in America. Dayo showed up the next day.

‘I am sorry about yesterday’, he said avoiding my eyes. ‘I was stupid.’

If he was surprised at the indifference with which I received him back, he didn’t show it. He went to the fridge and got himself a glass of water then we started talking about my wedding.

He was going to assist with the planning since my man was out of the country.

In the weeks following, Dayo and I drew plans and made preparations for the wedding; he offered useful suggestions regarding cake design, wedding gown, wedding ring and all. We went out together to buy many of the things I would need. I had female friends but he volunteered and accepting his offer was my way of saying “Thank you for not making a big deal out of this”.

I traveled to my hometown three days before the wedding. The idea was that Dayo would arrive the next day. He was going to be in charge of the entertainment of the staff of GRC but Dayo didn’t show up as agreed.

He lurked somewhere behind the flash of my teeth as I said “Yes I do”. Yemi unveiled my face but not my heart. Why is he not here yet? Jesus, I hope this guy is fine. I scanned the congregation once again hoping to find Dayo and fix him a condemning look for not showing up earlier as agreed but he was nowhere to be found. At the reception, I saw my colleagues in the same attire but Dayo was not among them. No call. No text. What could have gone wrong?

During my honeymoon, I tried to chat with Dayo on WhatsApp; no response. I sent him a text, still no response. I even placed a call but he didn’t pick it up. I did all these without Yemi’s knowledge. He didn’t even know about the existence of any Dayo in my life. My apprehension mounted as days went by and I didn’t hear anything from Dayo. I could hardly wait for the honeymoon to be over.

I returned to work after the honeymoon, throughout my journey praying that I would not arrive at the office to hear any grim news about Dayo.

It was break time when I arrived and some members of staff were in the lobby downstairs. Dayo was among them! Pleasure mixed with rage inside me and threatened to puncture my patience before I could find my voice in a controlled measure.

Everyone was hailing, ‘Iyawo, yawo, welcome o alarede’. I barely heard them as my full attention was on Dayo who sat alone and looked at me as though he was eyeing a ghost. He looked like one himself. What’s wrong with him? This isn’t the Dayo that I know.

He didn’t act as though he was ready to greet me or get up from that seat any time soon.

I let placidity take preeminence, ambled towards him and called, ‘Dayo’.

All the eyes in the lobby were on us.

‘Happy married life, Titi’, he said without any warmth in his voice and turned his face away from me.

I did not know how to handle the embarrassment, so I turned around and began to ascend the stairs. What is happening?

I was halfway up the stairs when I heard my name. I turned around and found Mr. Oyewole behind me. We called him Baba because he was elderly.

He walked up to me, pulled me aside and talked in a whisper. ‘I know you are really offended but you have to forgive Dayo. I know what is going on. All of us do.’

‘Baba, you saw how Dayo regarded me there?’ My effort to prevent emotion from going into my voice failed and I found that my eyes were moist. ‘Baba, Dayo did not attend my wedding. He did not call or send any message. He didn’t pick up my calls. He didn’t reply to my messages. I was so worried about him. Now look at the way he regarded me today.’

‘I will chide him for the way he treated you now. I am going to chide him. He should have apologised. He should have at least said something to you. But Titi, please don’t hold anything against him for not attending your wedding.’

‘Baba, you say I shouldn’t be annoyed? Dayo was my best friend. We both planned this event. And he was not there. Why should I not be offended?’

‘Because on your wedding day, Dayo was on admission at the Federal Medical Centre.’­

Oluyemisi A. Adedokun-Oladejo holds a Bachelor’s Degree in English Language and Literature from Tai Solarin University of Education and a Master’s Degree in Literature in English from University of Ibadan. She spots and writes about remarkable particulars in ordinary events and the routine lives of regular people. Oluyemisi is a researcher who will most likely be found ploughing virgin fields. Her works have appeared in print and in online publishing platforms.

Tubal Rabbi Cain
We use cookies to ensure that we give you the best experience on our website. If you continue to use this site we will assume that you are okay with it.Ok