LAWLESS & OTHER STORIES by Sefi Atta

The majesty of one woman’s spirit provides the backdrop for the opening story: a tale of unrelenting domestic abuse, and institutionalized cruelty and injustice in the name of Sharia. A powerful beginning to a collection of stories structured around greater or lesser violations of God’s law or Man’s. 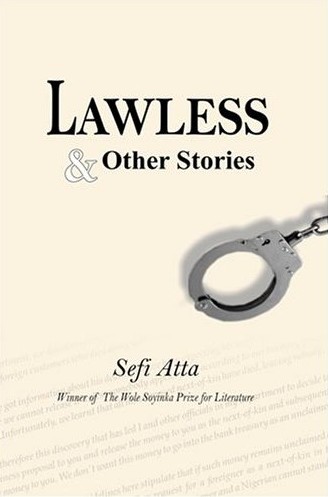 ‘Hailstones on Zamfara’, cast my mind back to an Egyptian book published in the seventies,’ ‘Woman At Point Zero’. Like that short novel, this is a tremendous endeavour using stark prose and imagery to communicate the violence, darkness and squalor of women’s lives under Sharia. In horrifying contrast to the rights you and I know and take for granted, Zamfara under Sharia, as painted in the story, strips women of inalienable human rights. Women are slaves here: silent groanings and cries, their only comfort; and damned attempts to run away; and protests too feeble to form within the prisons of their battered souls. For these women, often girl children, death is the only freedom available or, as in the case of ‘Senior Wife’, an unbridled imagination by means of which she can take a lover. Her invisible man is a welder, a passionate lover with facial marks of a peasant; with a nose as broad as his carvings; whose penis in her hand is a ‘rod of warm iron’. It is this unfettered imagination which gives our narrator her freedom. A freedom which allows her to confront execution with a calm power which drives the magnificent proclamation at the start of her story. “On the day I die I will rise up…’

‘Twilight Trek’ is another tour de force: holding my attention from its first words to the curse at the very end. Illegal migration takes place against a well–researched backdrop of inescapable degradation. It is migration of a kind you would wish only on an enemy: fraught with dangers as desperados and fugitives journey in the dead of night, towards a doubtful freedom in hostile Europe.

In collections like this one, I tend to have a favourite, but of the two I short listed, I can’t decide which is the greater. Is it ‘Twilight Trek’ with its poetry, squalor, desperation, ‘documentary’ and treachery? Or is it ‘Spoils of the Death Road’? A story in which Sefi enters the mind of an impossibly young, uninformed Hausa girl who buys stubbornly into the inhuman and violent system of Sharia – though its clear injustice confuses her, leaving her depressed and wounded. I was fully drawn in by Sefi’s ‘morph’ into a gum chewing little girl who fights with her best friend and whose ambition is to be a housewife- forgetting she’s already the widow of a forty year old man she’s never met. 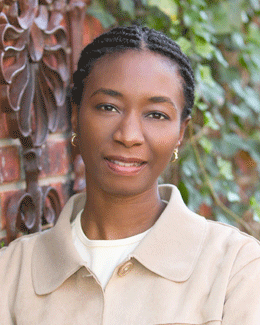 The title story, ‘Lawless’, and the London based ‘A Temporary Position’, followed by ‘Towards the End’, affected me the least. The reason being, not a slacking in quality of writing but my over- familiarity with the paradigm. Each of these stories is simply too close to my experience as a Nigerian, specifically a green passport carrying Nigerian African, forever frustrated in Nigeria or else struggling, ducking and diving to gain access to a Western world whose systems have been created to thwart me, whose vital mainstream is denied me. These stories, even the despair and violence of ‘Lawless’, inspired in me a vague nausea – seen it been there done that. They possessed for me none of the illusive and allusive qualities I needed for a true feast of fiction. But now I shall contradict myself and admit that I enjoyed ‘Green’: those parents – successful Green card applicant parents – looking on with relief as their American daughter plays soccer in God’s own country – the land of the Free. I liked ‘Independence Day’ also, set once more in America but with a poignant interface involving a Delta State/multinational oil company. The story climaxes on a note of
triumphant feminism.

Finally, after the darkness of the Lawless stories, ‘The Miracle Worker’ was refreshing. It’s a spoof about born again Christians in a Lagos slum and their fanatical credulity. At the story’s end, the wife’s response to her husband’s financial ruin made me smile the ‘I give up’ smile: sometimes the wit of a story lies in the relentless logic of its ending.