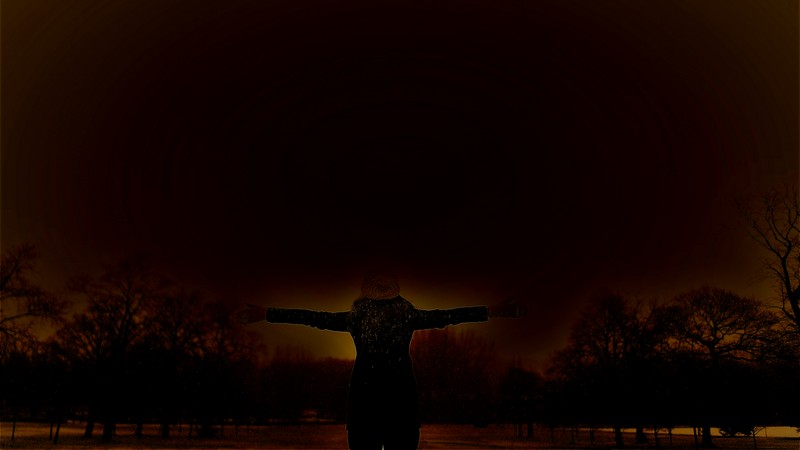 The day has
a mothlike quality to it. I make a cup of tea (always for one). Boil the
water in the
microwave oven while

Slowly, I climb back
into their world. Standing in the sun sipping my cup of tea for one.
I sit and watch the
afternoon warming the page in front of me.

GIVE ME PERMISSION TO LOVE YOU

(For my sister in faraway Johannesburg)

This is a song for
The lover of poems.
Tall poems.
Short poems.
Poems written with a
Quiet courage.

There’s an alchemy found therein.
A sanctuary called home and
Freedom. I can write a poem
Anywhere. While sitting on a
Park bench watching the day go
By. Listening to classical or opera
Music. Walking on the beach.

Dancing and singing
with my nephew, Atom.
Look at the winter leaf.
Look at how it gathers under

Your bedroom window.
Look at the arrangement of
Light as it falls on this cool as spring
Monday afternoon. Rain
Nourishes soil. The soul’s

Transition from the universal
To the earthly plane. There’s
Place for new life and the old
Ways of the world. I’m homesick
For smoke and honey that fills

The landscape of my city.

You are a song of the experience
Of innocence.

Of solitude.
Of futility and whenever I dream of

Solitude or vertigo or innocence or tenderness
I think of you.

I gaze at the grass
When the sky is blue.
And when night
Comes I gaze at
The starlit night
And when day comes I
Try not to think of
The distance between us.

Nature too has a mask. A kind of
Celebrity. And there’s a space in
Memory that has guts and wonder.
She knows Prague and India. Our
Love had a death. Our love had
Birthday candles. She’s perfect inside
and outside. Her intrinsic struggle
is called ‘feeding the beasts’ and
covering them with Christmas tinsel.
She’s Thailand and New York. Bali but
She doesn’t know my heart. The
Brazil and whisky, tequila shot of my heart.
I lick at the god of flesh. I’m solitude
Standing in the blue room made of
Blue flesh and exquisite bone. She
Covers her body with music. She dances to opera.
I see her face and how it decays
Into nothingness. I see the emphasis of
Her words. The verbs and adjectives
Her metaphors. I want to love her
Forever. For eternity but I know in the end
That will be another death. Another
Kind of decay. Another kind of flicker of
A swarm in the hedge. She’s slipping
Out of my reach again. I’m losing
Her. There’s a storm and summer clouds.
The perfume of wild spring in the

Warm air. I can hear the sap
Groaning in the ground. Crowded
With competition. With rotting.
With goodness. Ripening with
Urgency. The seed of opportunity.
I praise the almighty for all of
These things. Common sense tells me
That to escape from the hurt
(the fact that she does not love me anymore),
I must praise and I must worship
The warm air and the groaning
Sap in the grounded. That hurt.

Her flowers seem to glow
from within. My favourites
are the purple blooms. They seem to stare at me. Hibiscus. Jasmine.
Seem to want to know
what I am waiting for.
Don’t I want to go in for the kill
When my mother and I are
arguing. Don’t I want to tell her
that she’s an orphan now.
That I am not her daughter
anyway. I had a second
Mother who made up for
the mother love and attention my biological
Mother never gave me. All those

Years I took it until I couldn’t
take it anymore. My own mother was a tyrant. I read
Somewhere even Kafka’s father was
A tyrant. A mothers and daughter relationship
Can be electric. Sparks flying on a
Bad day. The ‘roof’ on fire. Tiny suns
Exploding into view. I was schooled

Early on ‘how not to love’ and to ‘walk
away’. Volcanoes and paper can also conduct
A kind of electricity. I have insight into
Traumatic incidents. The frangipani
Comes to life in her hands. It comes
To life in my soul. She planted it there.
‘There’ that goes without saying. Every
Day of my life it dances out of my reach.
My heart is touch and go like a heatwave.
I know why. It’s because she never

Says she loves me. It’s because she never
Reads my poems or essays. She’s a
Love song made up of a million different
Phrases. Languages I cannot speak.
Found in journals for the broken. So, I
Am new light and she is old dark, so

What of it, right? Other daughters did
Not grow up with a mother. I had two
And a father. A brother and a sister to
Play with. I have her brown hair and brown
Eyes. I have inherited both her sadness
And her rage. I do not garden. That’s

Where I’ve drawn the line. I do not
Have green fingers. I do not cook. I do
Not bake. I visited from college. Was
Greeted with breakfast when I got off
The bus. Cleaned, washed and dried off the
Tomato sauce flowers off my plate.

On the Line: A Short Story by Henry Chukwuemeka Onyema