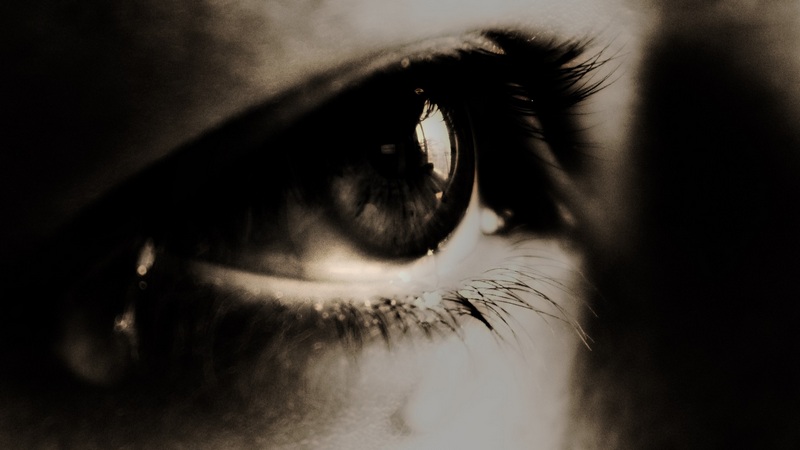 The ancient obi in the large compound blocks your view as you, glued to the window frame, struggle to catch a glimpse of the going-on. It’s largely round frame, mud-smears and ancient, imprinted decorations don’t seem to get your attention now. Your nerves seem to be bursting out like flames and engulfing the entire compound. You place a fragile, pallid hand on your chest and mutter gibberish of a prayer. You’re not sure if it’s actually a prayer. You hear the loud screams and shouts of happy children playing in the friendly bushes beside the house. Their chatter in your native language reminds you of how un-native you turned out to be. You can picture them in the bushes, in soiled pants, with thick hair, dried lips and rural epithet. They’re probably playing football with those small, plastic, toe­-hurting balls or they’re plucking oranges, cooking in tomato tins or doing all other stuff you cringe at.

You sway to the extreme end of the window and the view gets better. A crowd of villagers, few with familiar faces, have gathered. Their looks are unanimous- wretched faces with impatient, accusing stares. Most women are talking in whispers as expected. The men have odd, blank gazes. The centre of attention, which your eyes seem to have avoided all along, is the shallow hole a few inches outside the rear entrance to the obi. You can’t exactly see what’s in the hole but you can tell. Your dad mentioned it last night. You recall his gravelly, exhausted voice when he said to your mum, “Nkem, there’ll just be palm wine and kola nuts in there.” Her wavering look of disbelief was enough to suggest that there could be more to that hole.

Chino’s body was found in the uncompleted story building many blocks away from your house in the town. The masons saw it. Your mum had woken up that bright, usual morning to beckon on Chino to boil water for bathing. There was no response. You knew there wasn’t going to be one. The tightness in your chest told you so. You pleaded oblivion in Chino’s case, tagged along and looked on as your fretful mum informed your dad. Then the story took a jagged turn in the troubled direction. Calls were made. Assumptions too; “So, she decided to run away to her boyfriend’s house, eh kwa?”

You followed your parents to the building, taking heavy, burdensome steps on the tarred road. You still had your night gown on. Your parents walked, ran, hopped. The atmosphere still seemed surprisingly usual, cool and friendly. You wondered why it didn’t take up a gloomy feel. The street lawns, worn-out paints and blue-eyed skies breathed out normalcy. There wasn’t a tinge of distress, heaviness or dullness in them. You concluded that your family was alone on this. You were alone on this.

Chino’s body parts were swollen, gory and strewn. Her privates were nowhere to be found. You saw her lone, upright head and looked away swiftly. It was an unbearable sight of gore and sting. Your mum wailed. Your dad cried. You were numb, away from the world. You felt all feelings indescribable. Your heart tore into shreds. Your soul disappeared into thin air. Collapse became a necessity.

“If I used Chino, my cousin’s child, for rituals, let my life be taken.”

“If I had a hand in Chino’s death, let my life be taken as well.”

You skeptically watch your dad and mum mutter these lines consecutively whilst holding up the kola nut gotten from that sacred hole. They chew the kola nut afterwards. You relive your moments of irritation due to the crunchy sound your dad makes while chewing kola nut, his favourite snack. You wonder if it will still retain that honor after this episode. You doubt that it wouldn’t. Your mum isn’t sobbing and you’re surprised. She is the queen of tears. Everything-good, bad and ugly, stimulates her tear ducts. One time, you recall, she cried because her tailor ruined her asoebi material. You couldn’t console her because you found the whole situation dramatic. The other time, she cried when you said good morning to her as you have done all your life. You got confused and asked her why. She said there was something about the tone of your voice that morning. You, still wallowing in sheer confusion, laughed and told her “sorry” for reasons you just couldn’t tell. “Sorry” is always available.

The committee of on-lookers is nearly getting rowdy. People are no longer whispering. Chino’s mother is nowhere to be found. You assume she’s inside, probably laughing at the television or hugging the wardrobe. Chino didn’t get to tell you how her mother became mentally unstable. Your heartbeat gallops and races as Chino’s memory sweeps across. You need to stop thinking of Chino. Your dad’s voice grants an escape. It’s louder than it had been since the misfortune. You listen aptly. He’s telling the kinsmen that he went against his Christian faith just to prove his innocence. He continues speaking, gesticulating with his hands; touching his heart repeatedly and looking up to the skies in an almost rhythmic motion, like he does during his evangelism. You assume that this is the biggest sin of your dad’s lifetime-taking a fetish oath. He was your Jesus. You wonder if he’ll have to back out of evangelism.

“Chino, biko kwanu, please” you pleaded. She was pressing her phone, obviously chatting with her boyfriend. She had refused to heed your request, repeatedly saying it was too late. You told her that you would bleed to death. She laughed and asked, “What made you forget that sanitary pad has finished, eh?” You told her, subtly, that the cramps and fatigue gave you amnesia and turned you to “odinchefu”. She laughed again and suggested tissue paper. You shouted a big “no” and she said “ngwanu, forget.” You pressed on, begging, promising things you wouldn’t remember the next second, assuring her that 8pm was as good as afternoon. She grudgingly stood up, dropped her phone, snatched the money from your hands and said, “brb”. You shouted “you’re the best” just as she left the door. Then, you contemplated her newly adopted culture of importing social media ciphers into her real life conversations. It so happened that she started saying “lol” instead of actually laughing; clenching her four fingers and raising her thumb instead of verbally acknowledging complements and opinions. You resolved to talk to her about it on her return. Had you known, you would have opted for “if she returned.”

As soon as your dad concludes his speech to the unresponsive, mean-looking kinsmen, your mum beckons on you. It’s departure time. Your dad on the ride home says, nearly inaudibly, “It’s left in god’s hands.” You wonder which one he’s referring to- the uppercase or the lower case. Probably both, you think. The journey back to town is a near-ghostly one. Your mum keeps mute all along, staring at the air-conditioning outlets. Your dad sings along intermittently to the gospel jams playing on the radio. You try to sleep, fruitlessly. You struggle to wave aside disturbing thoughts of what-had-been. You stare at nothing in particular. Then, you ask your dad, “Are teenagers ever asked to take these oaths?” and he, coldly, non-indulgently replies, “I don’t know.”

I am Chisom Okwara. I'm seventeen. I live in Aba, Abia state, Nigeria. I love singing, listening to music and watching TV. I just started writing
recently and I hope to grow with time.

Eight Years and Forty Days: A Short Story by Sandra A. Mushi

Tragedy of the African Street Child: A Review of Makena Onjerika’s “Fanta Blackcurrant”