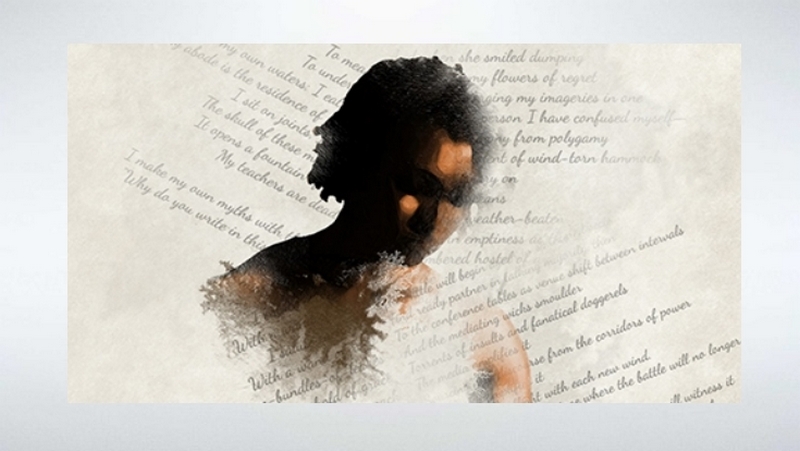 Title: A Tributary in Servitude

is a myriad of shadows,

People often sigh at the demise of fine African poets such as Tchikaya U’Tamsi and Christopher Okigbo. They often, hitherto, wonder if there could ever again be such spectacularly brutal display of honesty of man’s tumultuous sojourn, such grand artistry, such refined penmanship. Could another people’s representative shoulder the ever elusive truth that has now taken residence in the backseat, yet simmers like an ever fed hot coal that will never know its due? Could one’s mastery of a craft be so good that it spellbinds its audience like the sought after opium? Servio Gbadamosi’s A Tributary in Servitude is the tip that lips the muddy slip. The 81 page book woven into 6 chapters houses 14 poems which are strung with a myriad of colours dripping with African folklore, dark metaphors, and imagery of memories’ truths/untruths. It is a condensed web of the author’s wailing hushed emotions which yet brim with rage so great it could block out the sun.

I slaughtered many moons

with crisps of smoke.

Out of all the themes present in Gbadamosi’s A Tributary in Servitude is the preeminent one of the search for identity and truth. This subject is banked by the poet persona’s shedding of his disillusionment (all boxed in his pregnant memory) on his personal struggle for the search for self. This foremost concern also ushered in the topic of expectation which is quickly hushed by the realization that he had hitherto been disillusioned.

and my waters tumble on.

Furthermore, there is the theme of disintegration of social institutions due to political, ethnic and economic upheaval all of which dampen the poet persona’s hope for a brighter tomorrow. The above excerpt clearly mirrors how the instability of the persona’s country affects his search for self. This concern thereby ushered the matter of uncertainty which follows the death of self-disillusionment.

The high point of Gbadamosi’s A Tributary in Servitude is found in his language usage. His diction is linguistically creative and full of dark humour. The poems are adorned by colourful figurative expressions such as alliteration (silk-slippery-spring…), assonance (fumbles, tumbles, crumbles), repetition, and an overwhelming dark metaphor which concretizes the tone of anger and the mood of despair in the poems. The poet portrays his cultural and religious affiliations by utilizing biblical allusions (brass serpent, wash my guilt, wash my sins, the Jew, Jesus-Christ-of-Lazarus, blood) and Yoruba folklores, terms and names (Akalaudo, Obatala, Olokun, Pekele pekele arugbo jegbese, etc). The poet’s rich cultural usage all portray him, without a doubt, an African.

There is an adventurous streak in the book which is realised by the poet’s creative usage of the journey motif. The imagery show a persona, who after his disillusionment, is stricken by realities, horrors, decided to soldier on in his search for truth and enlightenment. His search is often waylaid by political upheavals and doubt which is often instilled there by the powers that be. The first poem, “Testament” (under the chapter A Voyage 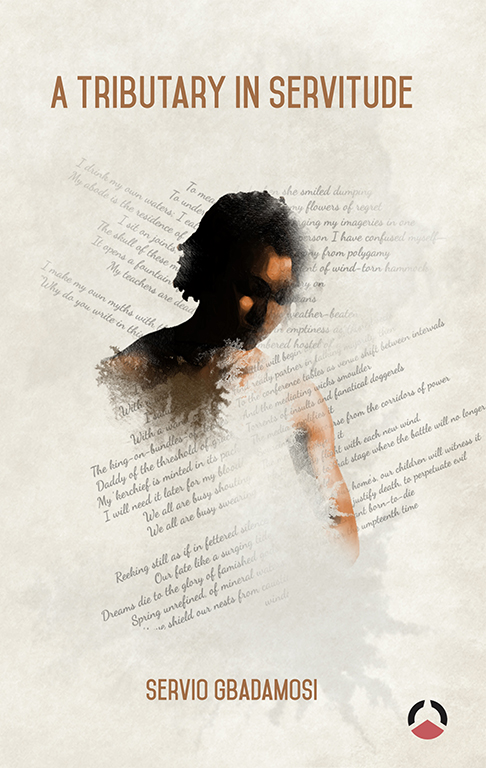 Around Tears), encapsulates a journey motif that is ridden with such despair and agony that its tone drips with hopelessness, longing, and an ultimate anger. The five-part muscled poem showcases the poet’s personal struggle as a poet in a world where writing is hushed then put to rest. Yet the poet is armed with such determination which the past and present troubles of the country (social upheaval, one-sided politics, and impending division of tribes) cannot railroad. The central mood found in the poems is that of despair which is often heightened by the poet’s invocation of the imagery of blood and tears.

Christopher Okigbo’s notable statement ‘My poems are not for non-poets’ will start having new meanings when readers start reading A Tributary in Servitude. Imbued with such dark unapologetic metaphors which unravel the poet’s tumultuous mind to the reader, every word of Gbadamosi’s poems are forged under the illuminous umbrella of unadulterated poetry. Indeed, from the very first stanza to his last, Gbadamosi’s poems are filled with such unlimbering poetic expressions that will douse a dozing reader with cold sobriety.

After reading Gbadamosi’s poems, you may sigh and say that they are slightly difficult. Yes, guilty as charged! You may even look at their weighty length and frown at their pompous obesity; yes, you may dare and go there. But what you oughtn’t, cannot, must not do is deem it a non-monumental artistry in its own right. Fortunately, for poetry lovers out there, their marriage with this poet will definitely start off with a bang but never ever end with a whimper. Yes, without a doubt, this poet is here to stay! The general applause is in order.

I Did the Dummy of ThisDay: A Poem by Uzor Maxim Uzoatu