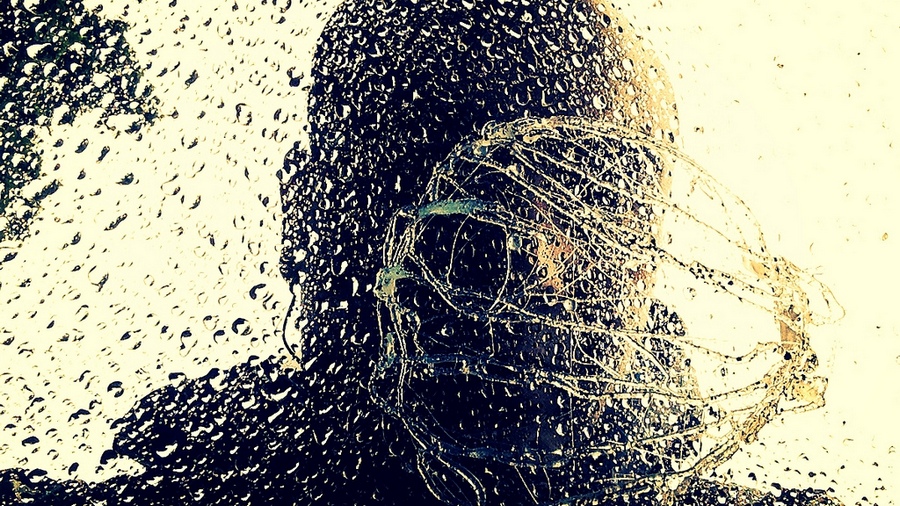 The painted and sculptured figures in the museum
Stare back at me as silent voices of thought –
I need a new kind of recognition to end up on these walls.
Time is an eclipse of many things
Elliptical visions come and go in stoic remembrance
Of who, is who in the portraiture of time –
Resilient and yet vulnerable to an alienated century
We are epitomes of time, coupling in secret to procreate
Within the magic moment of our secret wonderland –
Nectar that bees desire; the delicious pollination of petals
Summer season of kisses, seduction and pregnancy, naked –
Even though I am visibly invisible on the mosaic walls
My presence here touches the infinite hand of memory –
Like sand in Whitlam’s hand,
Poured into the palms of an Aboriginal elder –
This mirror on the wall watches me, framed by a memory glass
Curiously observing in intimate moments, like curators
Prying creatures of inquisition, silent thieves of thought –
There is something voluptuous about memory that calls
For the attention of the seeing mind –
When alone in the imagination room of the portrait gallery,
I tell tales of telepathy in the silence of my flesh.

As I sit on the bus going on home,
After my first day back to work,
I wear the garments of anonymity,
Exiled and clothed in the garments of my memories –
Who would have the slightest inkling that I had just returned
From an emerald city of palaces,
Resorts, skyscrapers, unprecedented luxury
In the most leisurely phase of my life in the past three and a half years;
Visiting ancient cities and roaming the realms where the Arabian Nights
Were once written to capture the imagination of the Western realm, who?
Yet, as I ride home reading Oates’ “Notes on Failure,” avoiding eye contact
With the world that avoids my existence in innocent silence and benign neglect,
My thoughts reach backwards, cast against shards of memory
To the year and some months that I spent in the country of my birth;
Aware of the terrible death of its promise, the mendicant heritage of its fate
The filthy beauty of its streets, fragments of dreams, failed fortunes, chronicles of chaos.
Hopelessness and helplessness harping within a wretched symphony of dirges;
A nation addicted to funerals, the opiate of God and the sorcery of its gods –
And then I become alert again, knowing that I live within the idyllic city
Called the bush Capital, riding the bus home against the fading glow of twilight,
Peach, crimson, magenta beauty hovering over the distant Westerly hills;
It is winter in the coming night of frozen dreams, waiting for a new spring to bloom;
The kangaroo herd grazing in the open fields near the fence, avoiding the mesh
That separates them from us, we the intruders into their indigenous world;
Silent, anonymous, I ruminate on the wisdom of the ages
Knowing that I have no other country, but the new home my second exile
Has created for me –

The Melody of Memory

The melody of memory plays itself out
Like whispering winds between fjords of time –
I have garnished the mirror before me
With the ornaments of lost dreams, regrets
And the flimsy moments of happiness;
Fragments of joy –
I am now a father to a daughter,
Step-children are the enigma of ambivalent dreams,
It comes with responsibilities without rights
Like being a wife instead of being a husband;
Wife to my wife, brother to my mother-in-law,
Father to a son with alternative intelligences –
Life is a melody written like a parable
In the secret scriptures of the Talmud of exile –
Time creeps up on me like sweet music at dawn
That I once sang in my tears five decades ago.
I am still living on the lingering melodies of those years
The applause of memory and the orations of yesterday
Continue to find resonance in my dreams –
Time travels are only possible within the realm of dreaming
Wishing I could start all over again, with the wisdom I now have –
Singing tunes of my youthful years –

The craft of seeing in the dark
Is bestowed to owls, perched on an invisible throne
Dispensing epiphanies to the unsuspecting wanderers at night –
I watch the tapestry of stars, a mosaic of lights across the sky
Wondering if heaven hears the meanderings of my mind –
Australia has augmented my life with invisible things
Evident on the path of impeccable silence,
My bush walking party left me, trailing behind the pack,
Slow walker, taking in the sights, ruminating on enigmatic things,
Inching my way forward, hindered by a bruised knee and sore ankle;
Yet, in the expansive realm of nature’s solitude – bushes, trees, rivers
Dead branches, primeval rocks, famished earth of pristine foliage,
Prone to bush fires, remnants of the inferno a decade ago, remain.
These were once wild country lands, reminiscent of hallowed grounds
Ancient indigenous voices, echoes of ancestral realm, reverberate –
The kangaroo droppings littered along the footpaths converge;
Welcomes me to country –
I hear the river’s roar, disturbing the hushed silence
Before arriving at the observation deck to see the panoramic views
In a grand masterpiece of delight, an epiphany of joy –
I muse over the indiscernible signs of nature, impossible to decipher;
Only the initiates of the night see the invisible beings along the way.

An unsuspecting death happened at night,
A writer reads the seasons from the lines of his palms
Invisible maps drawn with potions as ink for a sorcerer,
To decipher whispers, words heard from invisible beings;
They populate the empty spaces of the imaginary realm –
What do you do if your life is not what you have imagined it to be?
The primal sentiments of life find expression in regrettable dreams
Like nightmares that claim our lives when we least expected, in awe.
We are totems of memory, lucky to be what we want to be;
This earth is too crowded with dreamers wandering empty streets,
And in overwhelmed places where the symbols of our human enigma
Flash back at us, through the glitter of neon lights, meaningless signs
Signaling recession and the paranoid rhetoric of contested faiths –
Victims of the gnarled complexities of existence, perceived as conjurers
Inventors of novelties, custodians of memory, word whisperers.
Pop-culture icons dance, drunk; before they act out their fantasies of suicide,
A comic tragedy that beguiles us by the magnitude of wasted dreams –
Every ghost of memory was once a life in flesh, lived, loved and laughed.
The writer writes, wondering if life is a whisper from a distant echo
Vibrating from the galaxies of un-phantom-able dreams –
Knowing that, every death leaves behind ghostly echoes of memory.

Seraphs Dancing In My Sleep

I awake at dawn to the twitter of birds to announce a poem.
If by a sorcerer’s wit, mysterious things are invented –
Why haven’t I deciphered the means to unlock things beguiling me?
In my sleep I dreamt of seraphs dancing with delight
To foretell the coming of heaven’s benediction on earth,
Yet, the days go by at a cloudy pace revealing meaningless things.
Two magpies at war with each other, false fire alarms at work,
Drunk man beats his wife, murdered mother; killed by a disturbed lover
Drugged, his hand holds an axe to massacre her before her offspring.
Dead kangaroos on the side of highways, gangrenous remains decompose.
At the paper factory of the bureaucracy, my labor is exploited
In the name of meeting service delivery targets for the Directorate –
What is all this? The beheading of imaginary enemies at noon,
An abortion by a teenage mother to be, the arrested development of life;
A Prime Minister in peril, told to commit suicide by his foe,
Australians wait on death row for drug trafficking, indefinitely.
What is all this at the sepulchral moment of life? I ask myself.
Each day comes to an end with lights on streets that echo
With the hum of speeding cars, like sounds from other galaxies –
All these things come to pass making me wonder,
Why the seraphs were dancing in the silent moment of my sleep –

Poems, Excitable Pursuit and the Company of Words

Arrival of the Paper Tiger Empress: Poems by Abigail George

A Lifetime Of Happiness: by Seotsa ‘Soh’ Manyeli

We Signed Our Death Sentence: Poems by Wafula p’khisa

Wafula p’Khisa
We use cookies to ensure that we give you the best experience on our website. If you continue to use this site we will assume that you are okay with it.Ok