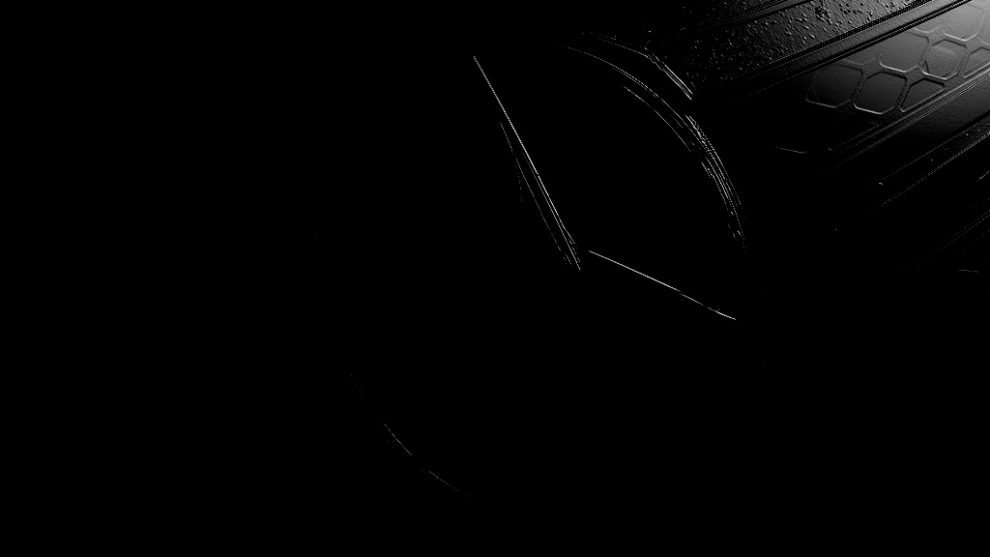 Kayode parked his new Mercedes under a tree and exited the vehicle, careful not to step into a puddle. His Italian shoes were still new.

He stood arms akimbo and smiled as nostalgia washed over him. He was thirty years old, tall, dark, lean and good looking. He was still wearing the suit he had worn to a meeting earlier in the day. A successful estate management consultant, he had been on his way to assess a property in a budding new estate when he detoured on seeing familiar structures.

He locked the car, rechecking to be sure, unbuttoned the single button on his grey suit and walked. Rain had poured relentlessly for over two hours while he drove. It had stopped now but the clouds still looked dark and angry, threatening to pour.

The air smelled crisp and clean. He breathed deeply, remembering days he ran home to his mother in the rain. He walked past the old stadium and saw some boys there playing football in the mud. Some other boys who were supposed to be hawking had stopped to watch the match, their precious trays of oranges, smoked fishes, vegetables and other wares carefully placed within their reach.

Kayode smiled, remembering how he and his friends would steal school sandals, rubber slippers and bags the players usually left in a careless pile while they rushed to be in the next ‘set’. Well kept wares of hawkers didn’t escape their thieving hands either. Many children had been left without goods or profit to take home to their expectant mothers who meted out painful punishments. The old stadium had become a forbidden place to some of them after.

He walked by the ruler’s palace, surprised to see that the bungalow had not changed much, though a few cracks had appeared along the length of the walls. His first visit to the palace was when he was ten and his mum had not been too pleased with it. He and a group of friends had gone to steal the ruler’s children’s fancy bicycles, scaling the fence in their evil bid. They knew well that they could not ride the bicycles through the small town without being caught. They just wanted to teach the proud owners a bitter lesson, especially since they didn’t allow the children who ‘ooh-ed’ and ‘aah-ed’ over the bicycles (including the thieves) to ride them. The other three children had escaped that day. Poor Kayode had not been so lucky. He had fallen while climbing the not too high fence after the ‘robbery’.

The palace guards had beaten him that day and the fence had been raised thereafter. The high point for Kayode had been his refusal to name his accomplices despite several beatings from his mother; and Iya Kayode could beat! Other parents used her name to threaten their children; “I will beat you like Iya Kayode beats her son,” some would say. His friends returned the bicycles afterwards, throwing them over the now high wall. The ruler’s children did not ride them afterwards and Kayode had remained a hero among the other children.

Twenty years gone and the town showed it. The roads were ridden with potholes; gutters overflowed onto the streets; new structures were present – more shops than houses. Most of the numerous shops were selling the same goods; beverages, soaps and soft drinks.

The smell of frying ‘akara’ reminded him of the famous akara stand beside the abattoir. People usually queued in front of the small stand. Fights broke out a lot because everyone wanted their share of the akara before the ground beans Iya Ireti prepared for that day was finished. He didn’t recognize the woman frying today. It wasn’t Ireti or her mother.

Poor Ireti, he thought, remembering her pretty face and shy smile. He had promised her undying love and in return, she had fed him free akara, and he did not have to queue like the others did. Her poor mother had gone livid on hearing about the free meals. That was when Ireti had gotten pregnant and had blamed him.

“Please remember how much you love me and accept this baby. My husband, please don’t let me bear this shame this way,” she had begged in tears.

The truth was that Kayode had never slept with her. He had been fifteen at the time and being a father and a drop out had not appealed to him as he had planned to be successful in life and nothing would stop him.

Ireti had eventually admitted that the father was a butcher in the nearby abattoir that already had two wives and eight children. His mother had been really happy. She was a poor widow who had three other children to raise and things were already hard without the burden of her first child’s wild life.

The best part about his childhood had been the joy rides – in stolen cars. After leaving secondary school, he had become friends with a mechanic’s apprentice, Matthew. Together they would roam scanty streets in the evenings, looking for their next fix. Matthew often removed car parts for sale and in some cases, the car itself had been sold and Kayode would get his own share of the loot, though small. Matthew called it his little addiction. Kayode got small cuts of the loot too. That addiction had gotten them arrested and his mother, tired of him, had sent him to her brother in the city, a strict university professor. She had died some years ago, despite several surgeries. The breast cancer had taken her. The thought alone brought tears to his eyes. Her death was one of the things that had kept him from this town he had left fourteen years ago.

The mechanic’s shed was gone, replaced by a crude salon that promised to make whoever went into it ‘beutiful’. He chuckled at the sign and looked at his watch. He was surprised that he had not come across any familiar face. He had walked farther than he planned. Time to get back, he thought to himself, and started back to his car.

Clouds had gathered overheard and thunder rumbled angrily. He walked briskly, past renewed familiarities, heading for the Mercedes, a gift to himself on his thirtieth birthday some months ago that he had saved up for.

It was not there. His car was gone.

He stood there confused, his hands in his pockets as the rain drizzled.

He looked at the tire marks; scanning the area to be sure he was not mistaken.

The boys in the old stadium claimed not to have seen anything.

“A car was there?” a boy of about fourteen asked innocently, too innocently.

He walked back to the empty spot and smiled, shaking his head sadly.

Oyebisi Dairo is a dentist, a lover of words, music and animations. She has written for a children’s magazine.

Drum Beats for Nduka Otiono in the Delta