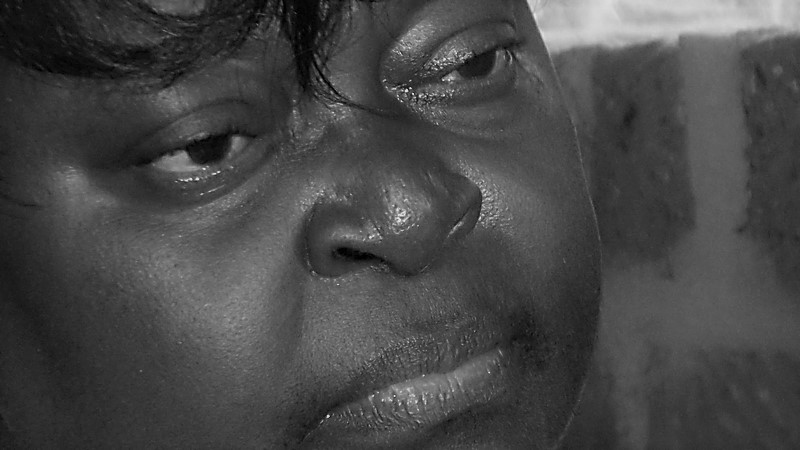 Political turbulence following Idi Amin’s 1971 coup in Uganda disrupted nearly all sectors of the country’s economy. Uganda’s education sector was the worst hit. When scholars gathered at Kenyatta University’s Literature Department on December 22, 2016 for a colloquium on Okot p’Bitek, the unassuming Prof. Monica Mweseli – she occupied guest speaker’s slot during the function – reminisced about those years, and how Uganda’s coup drove Okot across the border, leaving the East African poet at the then young University of Nairobi.

“The Uganda coup d’état was unprecedented in very many ways,” Prof. Mweseli recalled. “I was then a student at Butere Girls High School, and was aware that many Ugandan teachers were crossing the border to look for work in Kenya. A few taught in my former school. I guess that’s how p’Bitek came to Kenya and found a home at the University of Nairobi.”

Okot later taught her Literature when she eventually joined the University of Nairobi in the 1970s. Mweseli said that the Ugandan poet taught at the Department of Anthropology, Sociology and Literature. She remembered her late lecturer as a serious literary scholar and a passionate performer who had a knack for pushing boundaries, stretching limits, and playing the intellectual gadfly.

“He was very active in the lecture hall,” said the professor of Literature at the University of Nairobi. “Okot usually dramatised his points to drive them home. He danced and sang at the beginning of his oral poetry lectures.”

Mweseli, who was at one time the vice-chancellor of Keriri Women’s University of Science and Technology (2008-2010), observed that Okot’s approach to the teaching of oral poetry was an effective way of drawing learners’ attention to the subject.  She said that the poet’s use of humour made it easy to enjoy poetry and visualise the clash between traditional and modern values which are dominant in Song of Lawino.

“He tried as best he could to ‘Africanise’ English and philosophise on the African world view whenever he had the opportunity to,” she said in regard to p’Bitek’s works. “Note that he translated Song of Lawino into English all by himself. The result still remains very authentically African, even after subsequent translations into other Western languages. The text contains its author’s acerbic wit.”

Okot’s experimentation with style inspired Mweseli to study the poet’s works at Atlanta University, Georgia, in the US, at the Masters level. She specialised in “Thought and Technique in the Poetry of Okot p’Bitek.”

It was Prof. David Dorsey – an American Literature professor who had taught at Makerere University before things took a turn for the worse – who supervised Mweseli’s thesis when the latter won a Fulbright Scholarship which enabled her to study in America from August 1979 to 1988. She observed that Prof. Dorsey was deeply passionate about Okot.

“My supervisor would tell me: ‘Look here, Ms Wanambisi, Okot tells us that Africans had their own perception of time! Ms Wanambisi, Africans had very clear ideas about education! So how did we Westerners come and claim that we brought the concept of time to you Africans? Ms Wanambisi, this is why Lawino protests when her Westernised husband, Ocol, claims that Lawino does not know how to keep the white man’s time.’”

That was the time Mweseli and a few African students were lucky to grab a photo with the then American president, Jimmy Carter.

The don maintained that, even in today’s age of globalisation, it is still possible for contemporary African writers to chart new literary paths without worshipping Western modes. She said that they should learn from the path which p’Bitek took.

“The decolonisation process is relevant now as it was in the ‘60s and ‘70s,” she cautioned. “It is not wrong to appreciate the good in Western culture. Still, the contemporary African writer needs to rediscover the good values that Africa possesses so that our Continent does not remain culturally rootless. I am not saying that we cling onto everything embedded in the African past; but at least, let’s try to define ourselves on our own terms, the way Lawino does.”

Mweseli said that Okot should be credited with belonging in the earliest crop of black writers who stressed the need for the African writer to reclaim their identity, which had till then been viewed as being weightless in the eyes of the West.

That Song of Lawino sold out because of its easy accessibility, according to the don, is something worth learning from. Mweseli underlined the fact that writing is meant to serve the reader through enjoyment. She called on the African writer to muster the art of being accessible to the reader. In her view, writers should try as best they can not to be obscure. This could be achieved only if the African writer internalised specific linguistic tools with which to capture the African context.

She said that Song of Lawino sold out due to its accessible language. African readers identified with the text. Mweseli recalled that the Ugandan poet purchased an expensive Jaguar car because of huge royalties.

“There was a rumour that Okot did not take his Jaguar with him to Uganda,” she said. “I don’t know the truth, but it is believed that he later donated the car to a Kenyan university.”

The on-going translation of Song of Lawino into Sheng reminded Mweseli of the long-running debate about the use of language in African Literature.

“The publishers want fast sales because publishing is a business,” she lamented. “On the other hand, most modern readers barely understand their indigenous languages. The two are highly unlikely to meet anywhere in future. In fact, the situation worsens as time goes by. This was not the case in Okot’s time, when members of his generation went to school in the villages, and were therefore deeply rooted in indigenous customs and languages.”

Prof. Mweseli noted that the other area where the Ugandan poet mysteriously excelled – but where not many writers do – was in the poet’s ability to practise ‘clean vulgarity’. She observed that this was another marker of Okot’s genius. She said that Song of Lawino contains many vulgarities, and yet its creator’s genius was in using vulgarity as a means to something else much larger than mere offensive words.

She concluded: “The message we get from Okot p’Bitek is that the African writer must always strive to teach the young African reader that there is a lot of value in knowing where your society has come from. Only then is a writer able to see where the society is going to. The African writer must not let someone else try to define the Continent; Africa should learn to define itself, and on its own terms.”

Born in Western Kenya in 1979, Ndago Abenea is a social critic and freelance writer. He also teaches Literature at Kenyatta University.
.....
Amol Awuor is a final year English Literature student at Kenyatta University. His literary commentaries and book reviews have appeared in the 'Saturday Nation', 'The Star', and 'The Standard on Saturday.' His short story 'The Last Hope' was published in the 'Jalada' online magazine.

The Turn of the Seasons: Poems by Adegboyega Abiola

The Association of Nigerian Authors, Lagos, I Loved

Donald Ekpeki Chovwe
We use cookies to ensure that we give you the best experience on our website. If you continue to use this site we will assume that you are okay with it.Ok