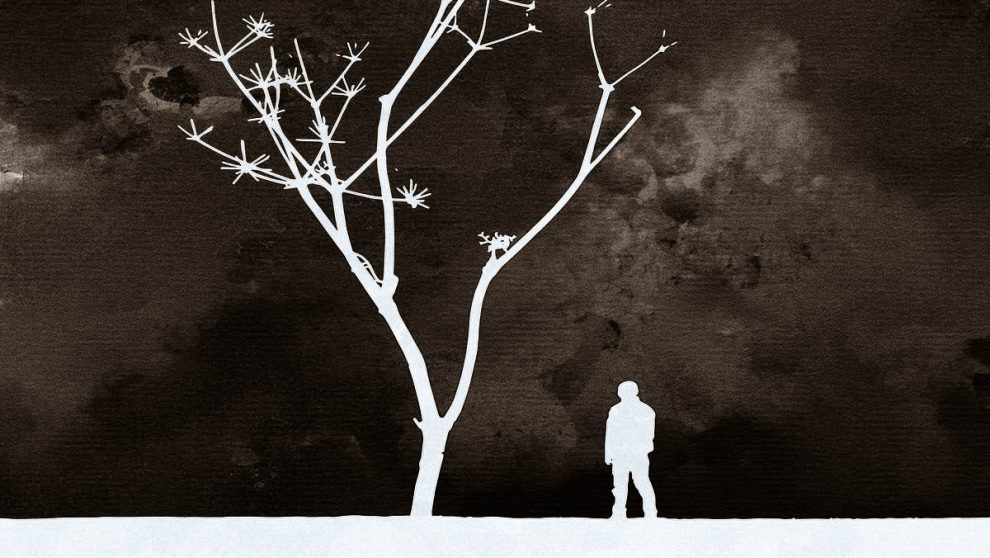 I cupped my palm against the flame; a smother of its brightness, a guard against the wind.

In out, in out; gentle, practiced movements to set plants afire.

Then the first proper drag.

I held it in without swallowing, letting the smoke travel upwards to cradle my brain and give it a short, sharp, tap.

Then it was going out – from my nose, from between pursed lips – to disperse in the cold air of early morning; slackening my shoulders as the tension drained from them.

A few further drags and I was already smiling. It was good stuff, as had been promised.

I watched a moonless morning, with clouds that stymied stars. Perched on my second storey vantage, Dunladi, Katsina stretched out before me. Squat buildings smeared by the white of harmattan.

The village was freckled with light, overhead lines humming. Electricity was not from private generating sets – as was by far often norm than not – so people were generous with the glow of their fixtures.

I tried placing patterns over the interspace of light and dark. Nothing worked, the spacing was surprisingly too irregular. So, I started calling my patterns Djinns. That worked fine. I created many Djinns that morning.

Then my weed was running out; I hate this village.

Sullen protagonist despises hometown, flees to big city. Where have we heard that one before?

Tired tripe, beaten story; I wished it were true for me though. I had the sullenness and despise down pat. It was the fleeing that proved out of reach.

The last of the weed burned into smoke and the already still morning crouched even lower.

I retained the gaiety, however. A parting gift from plant to man. It would help me finally sleep.

I was walking down a street, or what passed for a street in these parts – packed sand, graded by people’s feet. There were clean gutters everywhere though, something Lagos couldn’t boast of.

I hated the walk, but I forced myself to do it.

I didn’t hate walking itself, long strolls were a thing for me. What I hated was what these walks came with: people.

I do not hate people. I feel the need to clarify that this is not a serial killer’s memoir; some ode to disemboweled bodies…

I felt their eyes flay me – Bowie knives on my psyche, pressing deeply to wound via the weight of their expectations, and mine.

Why didn’t I have a job yet? Son of respected village elder, all that money sunk into this bulbous frame, and …?

Music helped, vibrating my eardrums to affect my brainwaves. But it could only do so much. I still had to greet people.

So, I bore my shame and did so. A plastic smile and wet eyes.

‘There is still nothing yet?’

No ma, nothing as yet.

Brief exchanges, but damaging things didn’t need to last long. My feet carried me from each one as soon as they could.

I suddenly had a companion, the orange of her hijab was bold in the early evening’s sunlight.

She kept pace; I didn’t walk any faster. Her movements were a butterfly’s flutter though, to my more conservative strides – hands in pockets, eyes forward, shoulders hunched.

She kept glancing at me and smiling. I couldn’t help myself.

It was more curt than necessary, frustrations bubbling onto an inconsequential surface.

Or so I thought.

She raised an eyebrow at me, lips stretched into a sarcastic smile that said: really?

She said nothing further, we kept walking together. She stopped briefly at times to say hello to people. I mostly just waved; I had bled enough already. I wondered if she noticed though, the disapproval that shaped their faces when they thought she wasn’t looking.

I debated an apology for being curt. I knew I’d end up proffering one, but I debated it nonetheless.

I am sorry I was curt earlier.

She waved her hand, it was nothing.

I was heading to the barber’s; she was coming with.

Don’t bother. There is no need.

But I’d like it if she accompanied me, and I think we both knew that.

She met my eyes and smiled. I smiled too. Then we were both laughing.

First time I would properly laugh that day, and it was for no reason.

She was in faraway Lagos, but we were speaking right then, almost instantaneously. Words tapped out on screens, flung through air.

The relationship had been in death throes for a while. I’d kept it alive, with grand gesture after grand gesture – adrenaline for zombies. But I had no vials left.

She always is. And since unlike her, I have no job, I never am.

Love could conquer anything, except apathy. My hands were slick against the walls of her indifference. She was moving away from me, and I was falling off. We were both tired, albeit for different reasons.

‘Have you heard back yet?’

She played her role well, mine was charging towards the exit. Or rather, I stood in place and the building was moving forward without me; the exit looming. Exit, ex-boyfriend.

I desperately wanted to tell her more. To tell her the angst I felt, my fears, my hopes despite everything. I wanted to ask how she was and not just get a fine, or an ok, or be ignored. I just wanted to converse with my girlfriend dammit! Over days, over months; the hours in-between didn’t matter.

I had become a chore, something to be gotten over with.

She left me on read. I guess she was busy again.

Her hijab was sky blue this time, but no less radiant.

She was radiant too, but I didn’t want to think about that.

She had helped my mum in with groceries and was lingering, a fragrance on the senses.

I’d wanted to take a stroll, then I’d changed my mind. Her presence made me reconsider.

I took her upstairs. The stroll would come later.

We stood at my perch, leaning against the small balcony. Dunladi unfurled as the evening gathered pace. We had become tentatively close; I might as well show off my den.

Conversation was light. Back and forth banter with no consequence except faintly bruised egos and laughter.

We danced around an attraction. Me, with a barrier of reasonable things. Her, perhaps wary of my reluctance.

She was 19, I would be 26 in two weeks. I had a girlfriend. She seemed a devout Muslim, I was anything but – appearances to the contrary.

She had refused several marriage offers – almost unheard of in these parts, despite her youth – to work the farm with her mother; to run her late father’s trade.

I guess she had her barrier of reasonable things too.

Conversation stalled, and the purple-red of late sunset shouted suggestions I struggled against.

The space between us was primed, poised to explode into activity, likely bringing regret in the aftermath of its ministrations. Words were unnecessary, it will just be movement and animal noises.

I poked the storm’s eye: sometimes, I seriously consider killing myself.

She was suddenly hugging me.

I was shocked at how much I held on to her. Clawed fingers onto flotilla, against the swallow of the sea.

The truth of her warmth broke me, and I found myself sobbing against her shoulder. A draught from my lungs to transmit pain into tears and wracked muscles. Yet, deep, gentle; because even in pain, I pace myself.

I am tired. So very tired.

Words I had uttered before, met with disdain because all jobless people do is lounge all day and hence have no right to be tired.

I gauged her reaction intently.

‘I had wondered, but I couldn’t be sure. Your smiles don’t stretch all the way, and your laughter gets strangled. I am here though; we’ll get through these things together.’

Her words found me, and I felt seen.

It jarred into my mind right then though, that I was unloading my problems onto a teenager. Seeking comfort? I left her suddenly. Furious at myself for being so vulnerable.

I guess you would know all about pain.

Spite was barbs entwined around the arrowhead of my words, designed to sink deep and cause maximum damage.

She met my eyes, the low light proving no problem.

‘I haven’t lived an easy life.’

Of course not. How could I have been so blind?

The malice drained from me.

A teenager shouldn’t carry all that anguish. No one should really.

She’d removed the arrow and I watched her bleed.

I tried to stem it.

I drew her into a hug, not offering a comfort I couldn’t give yet – soft lines that would be wasted between us. Instead, it was a mutual recognition; to see and be seen.

It was all I had. I hoped it would be enough.

Image by Cdd20 from Pixabay (modified)

Soloist for the State: Two Poems by Nnaemeka Oruh

The Path: by Oscar Mubila

Who Kidnapped The Future? A Short Story by ‘Namdi Awa-Kalu

My River: A Poem by Rukayat Ololade Aliyu