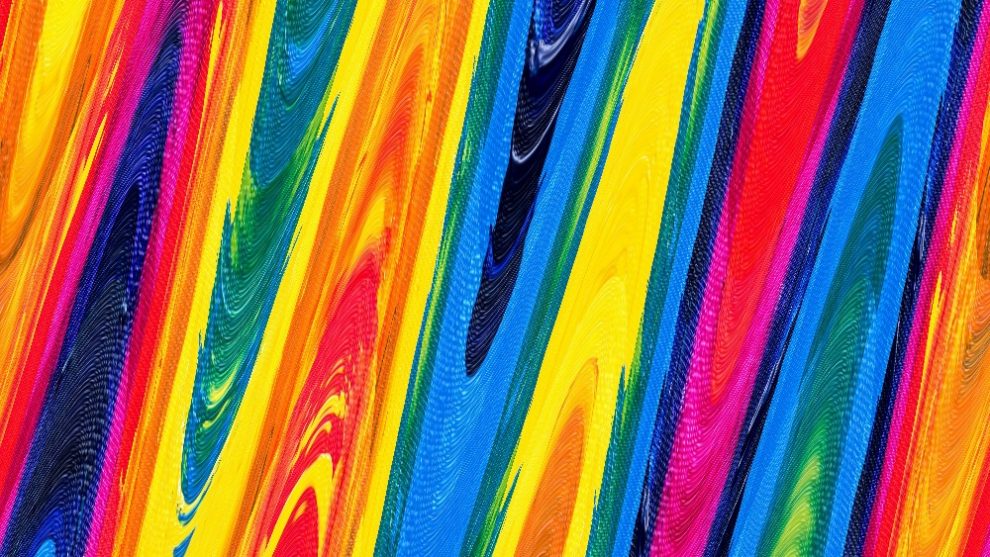 “They just stopped saying I love you at the end of every conversation. Or maybe when they said it, its weight shrunk or slipped…”

Faloun at pride. Holding a rainbow flag about his chest. A thin, patriotic smile on his lips. His eyes in the squint they slid into when they’re overwhelmed. In this one, he is wearing a cotton tank top with holes around the cutoff sleeves, and slightly loose-fitting denims below. His shoes are colourful and in the pictures that will follow, he will make sure they are sufficiently captured in the camera.

When he calls the next day, he talks about the pride event the way he has begun to talk about his life now. Normal, unspectacular, almost mundane, almost bashful. The way one begins to see what they thought they wouldn’t see when it is made available for their viewing.

Ejike would have liked for him to describe the march in greater detail. What costumes Faloun had liked best and which ride or floats were most exciting to watch. What shows had been put up and how it had gone down. He wanted the smells and the feeling of thousands of celebrating bodies crushing against you all at once. He wanted to know about the Anti-LGBTQ+ protesters standing about. If they’d assaulted anyone like the year before or if they’d just raised their hateful banners past the march. He wanted to know things he didn’t know to ask, things only Faloun could tell because he was there and he, Ejike, wasn’t.

The year before, these were details Faloun readily provided. At the time, it was his first time at a pride event and his rendition of things were held up by the pull in his throat that cracked his words, overwhelmed him.

“Everyone here thinks it is not that big a thing, they don’t really get my excitement” he’d said.

This was when New Orleans was as new as it was enriching, emboldening. When there was always something to do outside of his course work. A trip. Trips. From a personal project to a collaboration. An event, a show. A friend. Friends. Names. And then his volunteer work. His Twitter bio getting two rainbow emojis and “Activist” just after that. Then pictures of himself wearing rainbow symbols on Instagram.

Then the tattoo across his arm, faggot spelt out, with a quiet red blaze, across his brown skin in Latin.

With his social media handles, created to navigate the queerest parts of the internet, Ejike would like and retweet, comment and double-tap. He’d often see one of Faloun’s many bathroom selfies, his tongue sticking out or one with his head seductively angled to the side and imagine himself behind him. Sticking out his tongue too or resting his lips on Faloun’s vacant neck.

Ejike knows these are necessary changes. Good ones even. But it did come with its resentments and its alienation. The certainty that he, Ejike, might never share this relative freedom with the man he’d spent the most memorable two years of his life with, holed up in a small studio flat; a man he’d known for much longer. As a colleague at work, then as a friend, a man whose knowledge of him had seemed complete and cluelessly infinite.

Faloun with locs. Standing arms wide on a hill. His arm slung over a friend’s. Sitting in a sturdy, colourful bar that professes loudness and safety.

They didn’t formally stop talking about them. The promises and commitments they made with room for changes, for the abject intrusion of reality. They just stopped saying I love you at the end of every conversation. Or maybe when they said it, its weight shrunk or slipped or juggled to settle where it ought to. Or maybe if it wasn’t that, it was the conversations that shifted to voice notes, and from voice notes, to texts. And even though the spontaneity with which they reached out to each other, the sometimes unpredictable brevity of it hit them both with its clichéd enactment of distance being distance, nobody really tried to steer the narrative from a place in their minds they had feared it would veer to.

Faloun at pride. Another event. Eating a cake with rainbow fillings. Sitting away from the blurry crowd behind him, marching on. Ejike wonders who took this picture. The frame doesn’t carry anyone else who might be sitting at the table and whoever had the camera with them seems familiar with it.

“How are our people there?”

“What are you people even doing about activism?”

“Are you attending symposiums?”

“Are you guys even serious about activism though, it will not land in your plates just like that oo.”

Ejike answers, we are as we have always been, constantly pulling through. He tells him he is not really deep in the scene, that he should know this. He says he hasn’t been to a symposium since the last one they went to together. He tells him he doesn’t remember to look out for when one comes up, they are too sporadic abeg. He asks him why he is talking as if he doesn’t know the country he travelled from. He asks him why he keeps referring to everyone as you.

Faloun quotes homophobic tweets and calls them out. Faloun retweets queer affirming threads and makes his own. His likes come fast, climbing from hundreds to thousands in days, and so do the followers and the tags. Faloun talks about everything in the voice of those who not only see, but do. Faloun shares screenshots of hate DMs and sex proposals from DL men. Faloun replies to other famous queer accounts with the familiarity of those who talk regularly, of newly birthed bonds, those who probably have an inside joke or at the very least, have been invited to the same, most exclusive whatsapp groups.

Before he left, they’d tried to save up for the uncertain duration they wouldn’t be together. But it seemed silly to visit Freedom Park with the intent to remember it together. There was a phoniness to every gesture made to salvage the brunt of their separation. It felt like a pretence that would break them, so they stopped.

And most of all, it was exhausting to fuck each other through the night. Partly because Ejike had to go to work in the morning because Faloun had quit his to get some rest and because the body is a body.

Someone within their now nonexistent circle of friends had thrown a going away party for Faloun. It was a memorable night in a large but ratty apartment where everyone wanted to smoke, grind and then try to talk to Faloun endlessly. Ejike had helped with the drinks and provided lighters for smoke. He’d also tweaked the playlist and pointed guys who wanted privacy to fuck to the next available room. But he’d also found himself in some obscure part of the room, standing and sitting, smoking a spliff or two, pretending to know nobody, that he was only also a guest looking in on the possible end of another love story.

Faloun used to send links to international leadership fellowships and trainings. One out of many trite and unspoken dedications to try and get Ejike out too. And Ejike would click on them but wouldn’t fill out the forms. He’d scroll through the requirements listlessly. Soon enough, he leaves the links glaring, where they are.

And with time Faloun stopped. The pointlessness evident somehow.

Ejike in his new tailoring shop. Standing in front of a full-length mirror. His smile bright and shy into the camera. Ejike at the beach in a singlet and shorts, hugging the wind close to a body he doesn’t like showing. Ejike staring into his phone’s front camera, mostly pouts, rarely playful, imitating Faloun’s squint, pursing his lips, exhausted of ways to be.

They’d talked about what would change. They hadn’t been able to explore how it might. It had been enough to even consider it.

The flat would suffocate. Playing an expected script. Resenting the bodies Ejike will invite over to fill it and hopefully him. Ejike will leave it for a shag and return only to pack his things out of it. Faloun never asks about it, Ejike never tells. It could be a marker that went both ways, or it could be the first of the things about each other they’d no longer be able to lay claim to.

Ejike who will be told to watch pride events on YouTube if it was that big a deal to him.

“It’s not like you’re even making an effort to come here so you can attend one yourself.”

“How do you know I am not trying?”

Ejike who will do a snappy, involuntary inventory of them as what they are now. Hanging together on the premise of a shared history.

“Why are you acting like…? I don’t know, like you have always been this person and I never noticed.”

Faloun who will hear this and not have an answer.

The silence that will follow. The ending. Wrapping up. Reevaluation that will come.

Ejike who will only mmmm to this.

The hand that will rest, across the chest, on the nape of a phone, on the palpitations that come with finality.

When Nine Lives are just not enough: Fiction by Olurotimi Osha

A review of Chimamanda’s Half of a Yellow Sun