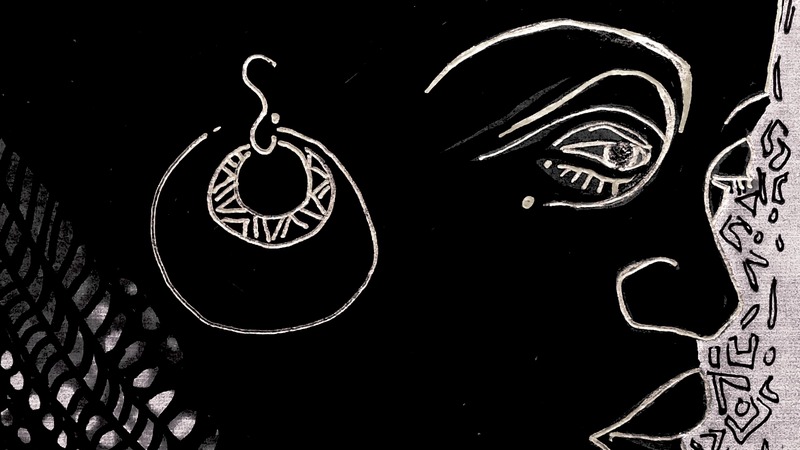 Depression is the foundation of all madness. It could lead to death, if not managed properly. It shouldn’t be ignored. It is a powerful oppressor. A silent sniper. Everyone is a victim. No one is free.  Julie was a nurse who was popularly known as Mother Gold. She worked day and night to make sure her children were happy and healthy like their peers. She was always busy with work and it seemed to her son, Kelvin, that she never slept or rested her mind for a second. This worried Kelvin, and he hoped to be as strong as her and light the candle of her joy, someday.

Mother Gold had a small drug store also called chemist store, which she managed wisely to make ends meet for her family. There were tough times for civil servants serving in the university community. No salary. No light. No food. No water. Everyone owed everyone. And before they got paid, they were already soaked in debt. It was more like torture in advance.

Sadly enough, many people packed their Mercedes Benz cars and trekked with their “leggides legs.” Mother Gold was popularly known as a professional walker. Every day, she walked to her store. She never missed a day, except on Sundays, because she was a Christian; a devoted child of God, who never joked with fellowship and everything that had to do with ignoring Satan and worshiping God.

She was a go-getter who made sure that her family moved forward even when her husband cared less and was comfortable with: “all conditions are permanent.” She never gave in to his permanent ideology. She forced her husband to move from a rural community into the campus. When they finally settled in, she opened another small chemist store closer to where they lived.

All her children loved her dearly because they knew that she was playing the role of a breadwinner. Her husband also respected her a lot. Although, at times, he became uncomfortable and would seek refuge in nagging, quarreling and refusing to do the little he could. He knew his wife always got it covered. When the disagreements got out of hand, Emenike would say, “Bia, Julie, don’t insult me because of chicken change, ego recharge card.”

And Mother Gold would laughingly reply, “Umu nwoke adiegwu. Ndi awuwo. Men are too much. Too sneaky.” And they would jokingly end the quarrel.

With time, so many people retired and were running away from Nigeria or to their villages. Mother Gold’s husband, Emenike, also retired at a very young age, on the grounds of 35 years of service. Then she knew that the task ahead had multiplied. Her children were still young and the oldest had just gained admission into the university.

The little salary she was paid as a nurse and the small chemist store became their finance bank. But she didn’t mind. They tapped from her, on and on. That was how Mother Gold was able to cater for her family and send all her children to the university.

When any of her children graduated from the university and was about to leave for NYSC, all she said was: “Now you are grown. I can no longer make decisions for you. But make sure you do the right thing and know that HIV/AIDS is real. Biko, my child, move in the light of God.” Then she would slide a brand new Bible into their hands. She made sure that she performed this ritual to all her children.

In August, 2011, Mother Gold was diagnosed with cancer. This shocked her family, and her last child, Kelvin, couldn’t continue her internship as a pharmacist because she had to stay with her in the hospital for almost eight months. It was a grieving period but Mother Gold was resilient.

Everything started to tear apart for Kelvin. He became a victim of depression and wanted to take his life because he couldn’t believe that the woman who had given him everything he had ever dreamt of, and made him who he was, a certified medical doctor, was being struck by cancer.

At this stage, negative thoughts drove in, giving depression a large parking space in his mind. He began to question himself: was there really God? Was God merciful? How could a woman die just like that without enjoying what her children had achieved after all her suffering?

After several months of battling depression, Kelvin decided to take refuge in the Lord; fasting, trusting and resting all his worries on Him. After all, God sees, knows and heals everything. But his mother wasn’t healing. She became shrunken and wrinkled, as if she was aging at rotten speed. Kelvin started having reflux, and most of his medical colleagues noticed. He became broken and whenever he tried to breathe or swallow, his heart burned, forcing him to choke and cough.

He started browsing the internet, searching and reading everything about reflux and complained to a friend of his, a surgeon doctor, who told him that it was just a mere infection, advising him to take antibiotics. Kelvin took the drugs as prescribed, “but for where?” The heartburn was not calmed. It grew claws. He went back to complain and an ECG heart scan was conducted. All the results came out. Nothing abnormal was discovered. Everyone was confused. The surgeon kept wondering and asked Kelvin to follow him to his office.

“I think you are refluxing,” said the surgeon.

Kelvin had never heard any word like that, even with his medical knowledge. He said, “Okay,” and then asked the doctor, “What exactly is inside my throat? I can feel it. It’s very painful.”

“Sorry, my friend. We will need to carry out an endoscopy on you.”

“Okay. Fine.” Kelvin agreed and began to think about the process of endoscopy. He knew it was crazy. A long pipe with camera would be inserted into the mouth and forced to run down from the throat to the stomach. “Hell no!” Kelvin’s mind raced as he thought of a woman who died during the process of endoscopy. She was a famous television icon who starred in a program known as Fashion Police on DSTV. Kelvin became more scared but still consented to the endoscopy procedure. After the procedure, the doctor told him that he had GERD.

“You have to stop or reduce alcohol intake and don’t even try to smoke.” The doctor advised.

When Kelvin heard the word GERD, immediately, he searched Google and read that GERD could lead to cancer of the oesophagus if untreated. 1% will turn cancerous but 20% will turn to Barrett oesophagus, a pre-stage level of being cancerous. He said, “No way!” and quickly adopted a lifestyle change. He stopped the intake of alcohol for eight months and changed his diet. Within three months, he went from 89kg to 65kg and avoided sugary edibles, living on vegetables, fruits and home-made juice. Few months later, he started looking fresh like waterleaf.

While Kelvin was healing his mother’s case worsened. The cancer had upgraded to endocrine tumor. Every part of her body was swollen, and she would cry like an infant as she said, “God, I served you day and night. Why can’t I stay a little and reap the fruit of my labour?” And Kelvin would see fear in her eyes, just like Christ was scared when he was about to be crucified. He would cry with Mother Gold until she fell asleep.

Mother Gold was flown to London for treatment. At the hospital, the doctor told her that she had only six weeks to live.

The oyibo doctor was surprised, and he wore a weird smile as he said to Mother Gold’s daughter; “The truth is, it is better she’s flown back to Nigeria. If you leave her here she might not be able to travel again.”

Mother Gold’s daughter looked at her mother and returned her stare to the doctor. She didn’t know what to say or do.

“Doctor, go ahead and treat me. You are not my God.” Mother Gold spoke with bold assurance.

The doctor agreed and started her chemotherapy. After the first two rounds she bounced back and everybody was happy. But like the oyibo doctor had said, after the 4th and 5th rounds, her conditions became worse than it was before.

Everyone was depressed. People prayed for her all over. And it got so bad that when Mother Gold saw any of her children, she would cry loudly as if her children were about to die. And when she calmed down, she would say to them, “Umumu unu agbaligo, ka mu na bazie. My children you have done your best. It’s time for me to go.” It was pathetic and mournful.

Mother Gold was flown back to Nigeria. Unbelievably enough, the next day, she was meant to travel for her mother’s burial, but she told her husband, Emenike, that she wanted to go for an adoration first.

Emenike shouted, “No! Darling, you need to rest. Why will you go for adoration when you are so sick?”

Trust Mother Gold, she always had a ready-made answer. She replied, “My dear husband, I have nothing to live for. Please, allow me to follow Jesus.”

Emenike was deeply moved. He granted her wish.

After the adoration, Mother Gold went for the funeral. While the outing mass was going on, she started gasping for air and passed out. Everyone thought they had lost her. Her sister, who was a pastor, fired boiling prayers. Mother Gold came back to life and said, “Kedu onye na e ekpe ekpere ahu? Who was firing that prayer?”

Mother Gold told her eldest son that he should take her to his house. She had started to look pale and drowsy again. Her first son noticed her condition. He became debilitated and couldn’t drive, so the second son drove. While they were on the move, Mother Gold kept saying, “My children, heaven is real. Please never stop praying. I love you all.”

As they approached their destination, she said, “My son, please buy groundnut for me, don’t worry about the banana,” she flashed a weakened smile and gently pecked one of her daughter’s cheeks. Her daughter smiled, her teeth contrasting with her mother’s paleness.

Her son pulled over to the side of the road. While one of her daughters held her like a baby, Mother Gold passed at about 5:20 pm. They couldn’t scream or cry. They were happy that she died a happy death; the death of a saint.

Kelvin knew she was happy, because a few weeks later, she appeared to him in a dream. She was wore a long smile and a gold anklet. Kelvin was so scared that he asked her if she had come to take him but Mother Gold told him that she wanted to ask if they were fine. Kelvin said yes and told her to wait so he could call his brothers but she floated away. He kept running after her and woke up to notice that he was on the floor, almost crawling towards the door. He smiled sadly. Now he was fully convinced that Mother Gold was in safe hands. In the paradise of bliss. In the haven of heaven. His depressed state stopped and his father, Emenike, died two years after. He died a peaceful death. He didn’t want his children to go through the tough route again.

Oluwafemi Oloidi has an M.A. degree and he is a Ph.D. student at the University of Nigeria, Nsukka. He is an artist, poet and a fashion designer. Oloidi, the author of two novels, Shoeless Night and In Their Own World, is currently working on his third.

Tracing the Tail of Wisdom: Poems by Emeka ‘Akaraka’ Ogaraku