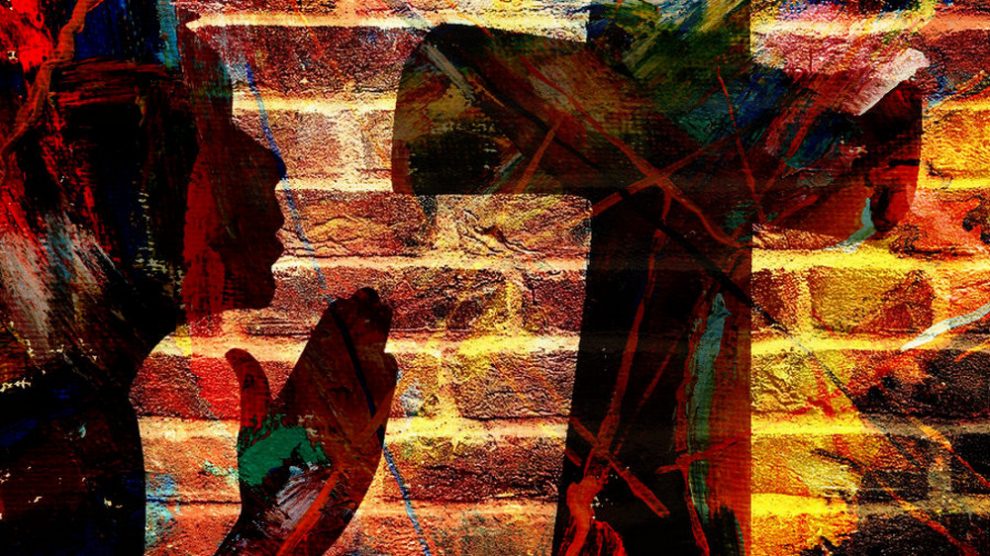 My older step brother, Pat, was a charismatic deviant and he relished in his little oddities that he considered wins. Like how he would always beat me at doing splits and somersaults, something I never really got a hang of. He was rebellious and fun, and had a flare for the dramatic. His personality was the size of the Indian Ocean.

He was always cracking the funniest jokes and impersonating Baba. Baba never so much as cracked a smile for anything and he was the most anti-social person I knew. Pat would poke fun at Baba’s framed pictures that were peppered all over the sitting room, and laugh, “Baba ate all his friends that’s why he’s so fat.” Everything to Baba was as serious as a heart attack. He had a permanent scowl plastered on his face and the expressions he did best were fuming anger and nonchalance. So we ardently strove to earn the latter; at least then we didn’t have to deal with his flaring temper. He was easily ticked off by the slightest thing. You would only have to laugh aloud and he would stare you down into stark silence. He would always bark, “Nobody is here to baby you!” a pronouncement Pat perfected in impression.

Because of Baba’s constant vexation and the fact that we were always on the receiving end of his brutal punishments, we created a hide-out in Baba’s run-down grey Peugeot 504. Beat-downs were part of our regular home routine and we would go lick our wounds in hiding, sometimes literally.

Pat would confide in me, “you and I have to stick together, chicken”, and lovingly ruffle my hair. He had easily morphed into my knight in shining armor.

Funny enough, Pat was the photocopy of Baba. Right from the gigantic protruding moles on their foreheads, that almost looked like a cow’s horns, to the pitch black skin complexion, to their tall and imposing frames, and even down to the stammer in their voices. It was almost eerie when they stood together. But Pat had the most striking eyes that made him stand out. Eyes so large they threatened to gouge out their sockets and pupils so tiny that sometimes his whites enveloped them completely. He would look dead in the eyes, something that had earned him some snickers in the neighborhood.

One loose, idle afternoon, Pat said to me, “Let’s apply some wanja so my eyes pop out”. It was a game we liked to play. He didn’t have to tell me twice. I eagerly stole Mama’s make-up kit and set to watch him work on his eyes. I was in awe at how he never missed even a tad nor poked his eye. He was in his element, shading his eyebrows here and dubbing some mascara there. His transformation was even more astounding when he contoured his nose. I was more than ready for him to do my face next.

We got so engrossed and caught up with playing with makeup that we missed hearing Baba coming in. And we should have because he was in an extra awful mood judging by how loudly he was cussing out the watchman. Granted he was a lazy lad who spent most of his time eating and sleeping instead of tending to the gate.

Before we had a chance to dash into hiding, he spotted us.

“What have you done? Did I raise clowns? Ghasia gani hii kwa macho?” Baba bellowed once he gave us a look-over. No sooner had coherent thought started forming than I heard a loud whack land across Pat’s cheek. And another backhanded one. So hard were the smacks that I felt all my muscles clench in response and all I could do was freeze on my spot and await my turn. I had never been so scared. Yet my turn never came.

“Remove that rubbish at once! Where is Mama?” Baba demanded to no one in particular as he made his way inside presumably to get to the bottom of this situation with Mama, all the while murmuring some obscure obscenities.

I looked at Pat who had bowed his head down. My tongue felt so dense and much as I tried, anything I yearned to say to try and ease the situation got stuck in my throat. I chastised myself for my weak disposition. After what seemed like eons, Pat plodded back into the house with slumped shoulders, not sparing me half a glance. Not that I blamed him anyway.

That night dinnertime was akin to a graveyard. Mama said a prayer for the food and that was it. The silence was thick and laden with a poignant sense of retribution. Pat had his head bowed the entire time and I searched for the best way to break the ice at the table. Apparently, I took too long thinking because with the quickness of a blink, Pat had finished his plate and was excusing himself from the table. Mama beat me to saying something though, “Don’t steal from me again Pat. Be sure to pray.” That was the only time Pat looked up, curtly nodded in response and retired to his room.

The day following the incident Mama wasted no time in calling the pastoral team from her church for a prayer meeting over tea and scones. Pat was summoned and immediately bombarded by a litany of church folk putting their hands on him to pray the gay away. The prayers got louder with each passing minute and I swore the roof was going to come down on us. I stood in a corner as I watched. Tongues commenced wagging in foreign speak and spurts of saliva were sent flying with such venom. Pat did not once close his eyes, only moving to wipe off saliva that landed on his face. He shot me a look and for a second I swore he fully detested me and in that moment I wanted nothing more than to profusely apologize to him and give him a bear tight hug. But I could tell that the dynamics of our relationship had shifted for the worse, and all I could do was hide away in shame and turn reclusive to my room.

Ghasia gani hii kwa macho – What rubbish have you applied on your eyes.

Mercy Eni Wandera is an opinionated and phenomenal woman. She is a passionate up and coming writer and quite recently started putting her thoughts down onto her personal blog (mercyonmeweb.com), which she takes a great deal of pride filling with poetry, juicy storytelling, music reviews and literature.

The Yahoo Generation and the Triple Tropes of Sleaze

Beyond the Magical and the Horrific: Reading Nuzo Onoh’s The Sleepless

A shadow of love: Poetry by Indigo Ife