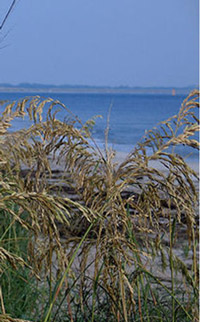 As the night grew older, he tossed and turned continuously, sweating, panting and moaning the innocent murmurings of an infant. It was the appointed hour; that time of the night when men speak in hushed tones and only the sounds of the creatures who dared to roam the night come alive. So all the spirits of the village arose from the depths and crevices where evil lurked, in search of the souls of men whose time had come to end among mortals.

*
“Greetings great warrior,” the voice called out in thick blanket of night. The bed shrieked again crying out in anguish. Hard as he tried, his lips refused to part and the spirits began to taunt his soul.

“Great warrior, judgment has come upon you. What have you to say for yourself?” The bed shrieked again and the body of the man fell to the ground. He reached for his totem, spear and sword to venture into the night. But she reached out and grabbed him by the hand, “Do not leave me great one” She cried.

“Woman…” He replied. “Let go my arm. My destiny awaits me.” But she countered, “I will not let you bear the wrath of your gods for my sake.”

“Quiet woman” He said, peering out the door. Turning to her again he added, “I will return on the night of the full moon.”

“Promise me” She said drawing closer. The warrior pulled her to his barrel chest in a tight embrace. When she had heard the rhythm of his heart beat the drums of his fears, he said, “I will return for you. Take this…” he handed her the tortoise shell. “It will protect you.”

On the night of the full moon, the elders gathered round the great old Chiha tree to roast the oats of mortal transgressions. It was at that hour the warrior appeared, for he knew then the tales of his sins would be told again.

“Greetings warrior,” the voice greeted him as he entered. “We have been expecting you.” The warrior turned to the voice of the speaker.

“Silence mortal! Who has asked you to pass judgment?” the voice thundered. “Your pride has brought this curse on your people” The warrior was silent.

“Judgment has come upon you. Your disobedience has soiled the sacred lands of Umundika. The punishment is death.” The warrior fell to his knees. “Spare my life, great men” he cried. In that moment he could see the eyes and innocence in her, the gaze which had seduced him into sin. If only he had known the memories of the battle with reason would live to haunt him. It was too late now.

“I beg you to look away from this act which I have done. Have mercy wise men?!” But the voice continued from where it had stopped. “The woman is a curse. She will bring death into your household. You shall return at sunrise and do that which the gods have commanded you.”

On the night of the appointed day, the warrior asked her to make ready. “It is time woman, make ready for the journey and bring my totem,” he said, nestling into the bamboo chair next to the fireplace. Obligingly she turned around and left his presence only to return with a bowl of food in her hands.

“Great warrior, eat that you may have the strength to make the journey of destiny.” As the warrior ate, she stole away with the destiny she had carved for herself and with it, his totem, pride and manhood.

Bemgba Nyakuma is an MSc Sustainable Energy Technology student of Technishe Universiteit Delft, The Netherlands. Visit his blog.My name is Bevan Bemgba Nyakuma, an Industrial Chemistry graduate of Abubakar Tafawa Balewa University Bauchi. I am 25, live in Makurdi, a published short story writer (The Dreamcatcha & Other stories, 2007) and Novellist.