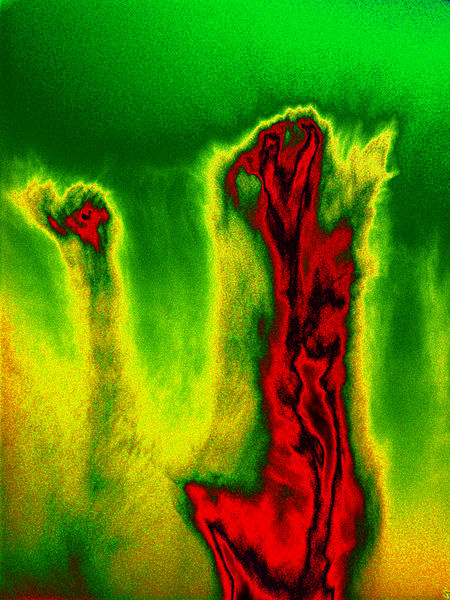 It was a rainy Monday night. The skies poured down buckets of rain, cooling the horrid heat that had prevailed for most of the day. The tall metal stool at Lacliques Drinks and Dance was facing the wooden paneled bar. Tessy sat there, sipping her tomato juice, dreading the walk home. She knew that it would soon be time to close the bar, but she lingered watching the other customers drift out. Many of them were happy looking couples. Tessy swallowed in desperate apprehension, wishing she too could be one of them. Not so long ago she was one of them, but now, she was drifting inside a world of lonely nights and uneventful days. Her life was full of the monotony of work life, with nothing worthwhile to look up to, only regrets and painful memories kept her company. Tessy sighed when she remembered that her freedom was something she sacrificed so much for, but now that she had it she wasn’t quite sure what to do with it.

Tessy shivered in her thick woolen sweater. She hugged herself, looking up at the air conditioner as it spewed out even colder air. Her gaze fell on the chunky bar man, the words “please can you turn down the air conditioning” formed in her mind but her lips didn’t utter them. She looked at the jelly like flab on his stomach, watching it as it shook when he moved from one corner of the bar to another. Despite the chilly conditions in the room, he was sweating. He had beads of sweat on his forehead and his discolored white shirt was stained at the armpits. His focus was on washing drying and arranging the glasses that had been used for the day. Tessy changed her mind from making any requests from him; she retuned her lips to her drink, sipping the blood red liquid through a straw.  The clashing of the bar’s swinging doors attracted her attention to the entrance. A formally dressed young man came rushing in, using his jacket to protect the suitcase he was carrying. He was slightly wet from the rain, his glasses had raindrops on them, but it didn’t blind his vision from choosing the best seat by the bar, cozily placed close to the exit. He placed his suitcase on the bar. Removing the white handkerchief from his pocket he wiped his face and hands. Tessy watched him with bored bemusement. He turned to look around the dimly lit room; only one couple was seated far away from the bar, huddled up together talking quietly. His eyes meet Tessy’s blank stare. She turned her face away embarrassed. His expressionless face turned to the drink he had ordered. Tessy felt a sudden twinge in her stomach, his stern but gentle face stirred her. She couldn’t help but turn once again and look at him; she could only see the side of his face this time. He was looking through the contents of his suitcase, intently scrutinizing the documents as if to ensure they had not been damaged by the rain.

Tessy stood and walked towards him. Maybe it was the damp night, or the loneliness or the dreary quiet of the room, but Tessy moved to the seat next to him, not hiding her interest in him. She turned to face him. He lifted his eyes from his papers and his eyes meet hers. This time Tessy didn’t look away or even blink. She hid well the nervous sensation that had overwhelmed her. The words “what the hell do you think you are doing” echoed in her head, but she ignore it, finding her voice to speak up the macho corny pick up line she often heard in the movies “what’s a good looking guy like you, doing in a place like this”. They both couldn’t help but smile at the awkward tension that filled the space between them.

“I’m actually a Nollywood fan so I wouldn’t know how to reply to that” a mischievous glint shone behind his rectangular specs.

“Well aren’t we an interesting match, a girl that buys a strange man a drink and a guy that watches Nollywood movies”, Tessy’s confidence rose with his casual demeanor.

“Well, last I remembered I’m paying for this drink I’m taking” he continued, determined to play hard to get.

“Bar man two more glasses of what we are drinking” Tessy ordered, ignoring the rude glare from the waiter.

A twinkle of laughter lit in his eyes. Tessy couldn’t help but laugh at her attempts at appearing brazen. He joined in the laughter too and just like that, the strain of doubt that is often cast like a spell between strangers was put aside. She felt relaxed talking to him, this stranger who walked in from the rain with a beautiful smile and gentle eyes made her forget for moment, the loneliness that had kept her hurdled in a dark bar on a cold Monday night. Tessy placed his jacket on the stool at the left side of hers. On her right he sat, drinking a neat shot of whiskey. Recovering from the brief bout of laughter, Tessy continued her daring bid to chat him up, “that line always seems to work in the movies” she said, facing him with a friendly but not flirty tone,

“I Think usually the line is used by a man to a woman,” he replied, humoring her.

“And it’s usually within the confines of a Hollywood movie studio, not in conservative central Nigeria.” The radio played Rod Stewart’s “Have I told you lately”. For a moment Tessy forgot the man beside her and let her mind dwell on the lyrics of the music. She mimed the song, lip synching quietly, her mind traveling across the vast expanse of memories she was trying hard to suppress. He turned and looked at her, catching only the side of her face. Her sharpest feature was her nose, which pointed downwards towards pink unpainted lips. The light in the bar was dim, but the red neon lights placed on the shelf of drinks blinked La cliques drinks and dance bar  on and off showing  the  absence of an ‘a’ in la and the ‘d’ in drinks.

The light fell on Tessy’s light chocolate brown complexion, her straightened black hair fell delicately on her shoulders, it flipped from side to side as she shook her head this way and that to the rhythm of the music. She turned to face him as the song died down and another began. She caught his eyes and was startled by the depth of concentration his eyes was showing through the rimless glasses he wore. She looked away quickly, bending her head and facing her drink to avoid his gaze. Her heart beat accelerated as she sipped her drink feeling so parched all of a sudden. The next song on the radio was Lou Armstrong’s “Strangers in the night”

“Shall we dance?”, he asked. Tessy’s eyebrows rose in a surprised stare. She was facing him again. She smiled in amusement at his outstretched hands waiting for hers to hold. She looked at him intently, trying to decipher his intentions. He looked harmless enough, but Tessy knew, oh how she knew, that looks could be dangerously deceptive.

Still in one final dare she took his hands, relieved to see that no one else apart from the chubby barman was remaining in the room. He was still there behind the counter wiping wine glasses. This time Tessy didn’t hesitate to interrupt him with instructions,

“Please turn up the volume of the music bar man,” her voice hid well the exhilaration she felt it echoed through the room causing her to hear her self-thinking aloud, “I hope I don’t regret this”

He smiled at her as if to reassure her of his gracious intentions. Despite the giddy feeling she had, they reached the small dance space still holding hands.  The flickering disco lights revealed their height differences, almost made equal by Tessy’s high heels. She wore a pair of fitting blue jeans and a red body hugging blouse but the oversized sweater she wore hid her firm, yet supple body.

“Strangers in the night…exchanging glances…”

The song, like all music, enthralled Tessy. She let the sounds of the saxophone put her in a dreamlike state, “after all its not every day a handsome stranger asks me for a dance” she thought to herself.  He gently placed one hand on the small of her back, with the other loosely entwined in hers. They slow danced to the song, and to the next song, barely moving from the same spot for twenty minutes. They moved their bodies together left and right. Tessy put her head on his shoulders letting the sweet smell of his masculine perfume embrace her. She closed her eyes and shut all logical reasoning out her thoughts, dwelling completely on the impulsiveness of the moment. She cherished the silence that passed between them; it was as if putting their thoughts in words would only diminish their import. The music stopped to Tessy’s disappointment. She wished that time would stand still for them in this wordless fantasy they had both dared to create. She lifted her head from his shoulders, meeting his eyes full of longing, he bent his head, bringing his lips to hers… Tessy didn’t move. She stood waiting for a kiss she wanted but knew would be a bad idea, the warmth of his breath blew gently on her face, as she closed her eyes and waited for what felt like forever…

“I’m sorry to interrupt you but we are closing now”, the barman who was almost invincible spoke out for the first time.  The mischief in his eyes was obvious; he intentionally interrupted their blissful moment.  As He switched off the neon lights, the disco ball dangling above them went dead, just like that, the magical moment they shared was Jarred back into reality. The stranger let go of her hands slowly. Tessy could feel his reluctance, yet she let him go from the loose grip of a waltz dance. He placed his hands in his pocket, more from habit than a need to do so and sighed. Catching his breath he asked what would usually have been the one of the first questions he asked her.

“You haven’t told me your name yet, my name is…”

“Don’t… don’t say anything.” Tessy put her fore finger on his lips, interrupting him.   She spoke, looking into his eyes as if to say what their words shouldn’t.

“Don’t spoil the time we had with words of introduction. Let’s just say goodbye, and file this experience in our cabinets of fond memories. At least I know I would.”

His unfamiliar face looked down at the round whitish patch on her left finger, his eyes showed he understood. Their situation was at best complicated, at worst messy, and there was no point trying to rationalize their behavior. He turned to the stool where he had placed his jacket. Carrying his suitcase, he dropped a few notes on the counter for the bar man and walked out, stopping for one final glance at the swinging doors that lead out of the bar. His last view was the sight of Tessy still standing on the dance floor hugging herself as she looked on at him. He knew then just as she did too, that they would never see each other again.

"P.M. Jay" is in the advertising industry in Nigeria. Visit her BLOG.

The Masquerade: A Short Story by Ronnie Uzoigwe