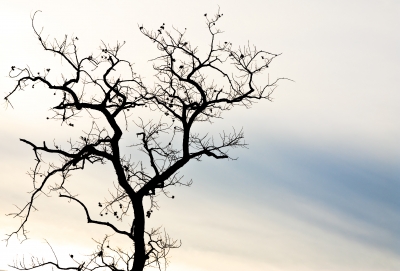 She sits on her desk, restless, tapping her fingers.
Her mind numb. Her pen, her tongue still.
She sits there, dying. Dying to let it all out.
Her raging hormones, emotions threaten to take her out.
Her pen, her tongue remains still.
Rummaging through the drawers she dies to find that one thing
that will breathe life into her again.

She rubs her belly as the seed twists her muscles.
She sighs to herself, dying to know what the future held.
Dying to know if it was a boy or girl.

On the other corner, she stands,
the tattered rags she calls a dress clinging to her skeletal body,
as tiny, bony hands grope her milkless breasts.
She stands at that corner, broken, her hollow eyes, dying.
Dying to know where the next feed will come from.
Passersby stare at her, dying.
Dying to know when she will stop being a reminder.
A reminder of how much they were all dying…

In her shoes, those shoes,
those two sizes too big, worn out “Sofias”
she drags along to rummage through dumpsters,
disregarding the stench and flies that trail after her
long after she has retired to bed.

Those four inch, strappy stillettoes
that grace her with a confidence she doesn’t really possess
as she awaits lustful glances from pot-bellied, sweaty armpits
descending from the latest mercs.
The last imprint on her mind as she falls in a drunken stupor
is that smiling innocent face awaiting her homecoming.

Those Manolo Blahniks, those Steve Maddens and her all-time favourite
red-soled shoes that fill up the room,
that fill up the ever growing space between them.
Those rhinestone braided heels that polish up her black-eyed face,
those Italian leather boots that mend her broken soul.

Those suede black pumps that sway her gait,
as she commands the boardroom
only to be met by uninterested gazes that bore through her
knee length skirt and later ascend to the mounds in her front.

Those tight maliposa plastic shoes that hold together her bony frame
and her bloated feet as she coughs violently.
Those shoes that quiver along with her as she queues up
for the gift of life on a cold Monday morning.

Tangled braids, tangled feelings, shoes unlaced,
queues of ladders spread across her pantyhose,
unclasped palms, unlocked fists.
Beads from their thread scatter across the floor
like her dreams smashed and scattered across the gushing river.
Soothed by the howling wind outside her window,
in tune with the demons raging within her, she lies down, foetal position, lost…
Awake, the reflection in the mirror smiles at her.
Untangled braids, coral lips, swinging hips, high heeled feet,
she steps out ready to love again.

Asante Lucy Mtenje is a twenty-six year old Malawian poet, short fiction writer, visual artist and literary scholar. Her artistic interest lies in bringing the invisible African woman to the center and giving her a voice. Asante is inspired by prolific writers such as Chimamanda Ngozi Adichie, Ama Atta Aidoo, Toni Morrison and Stella Chipasula, just to mention a few. She has published several short stories as well as some of her poems in newspapers and on-line magazines.

Suns of the Dead: Poems by Anthony Okpunor

The Hand of the Sea: Fiction by Kabu Okai-Davies

The Legend of Andrew Zubair: A Short Story by Adeleke Adesanya