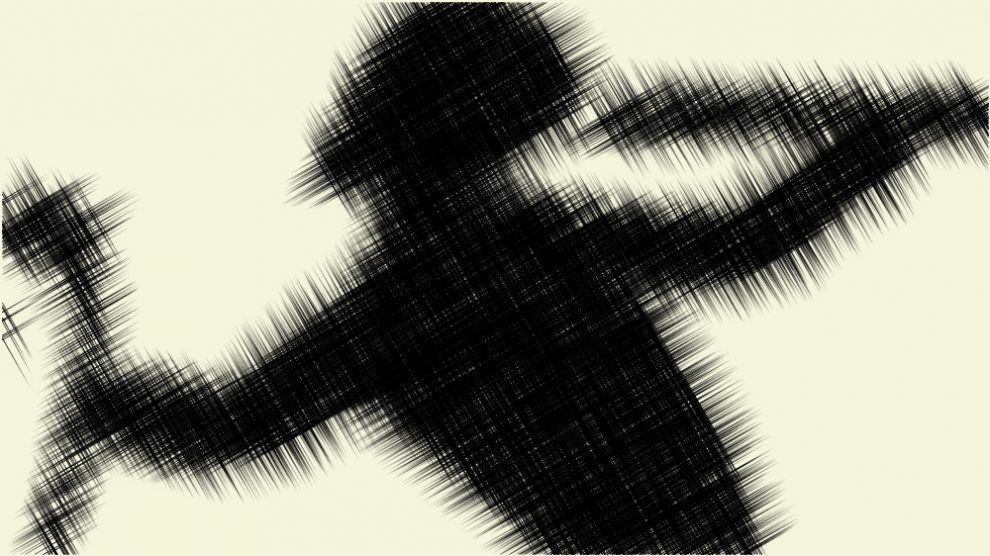 the only thing even more constant than change is night
it will come, whether it sneaks in like a small dog
or rushes in like an overflowing river.

another one is here. my lover rises from our bed like the morning sun,

I see the muscles on his back ripple,
there is a snake swimming under his skin.

it is late yet outside is a satisfying blanket of blue,
the wind is singing a lullaby. when my husband returns from the forest,
we will make our first child.

“i will be back soon,” he promises. i nod. i become pregnant with belief.

we embrace, and he is out the door. i inhale the only part of him he left behind. his scent is an intoxicant.

i prepare his food – dog meat
and his favourite drink; a calabash of blood

i sing my lover’s praises all night, i chew his worship songs, my gums spill palm wine

i worship him in his absence like the god that he is.

later, his comrades would drag his body in
covered in a large sack
i would scream, they would hold me
i would reach for the sack, they would stop me
they would tell me that he encountered a wolf
and he fought bravely but
all that is left of him are his bones
————————

a song of grief

somebody once said, “sing me a song of grief”
so I reached into my pouch and told them I had a thousand songs
first, I shaped my lips to sing a song about my failed marriage
like the wedding ring my fourth finger once wore proudly
in the night, the moon felt jealous
of its sparkle
shame I wasn’t Igbo
and I can’t say I blame my ex-fiancé’s father for hating me, a descendant of the oppressor
when he fought in the war and also had a brother
who never returned

when I was younger, I thought wall geckos that climbed up into the ceilings
were going to have a word with God.
so one day, I attempted to follow them,
I had questions for him too.
I wanted to ask why he created more hate than love,
why he made humans to look away
in the face of injustice,
to see if he is indeed male,
and ask whether he also needs the hymens of women for his self-esteem
also to see if his fingers were unequal,
but I slipped back down and broke my arm.

it is impossible to clap with one hand
or talk about love with one mouth
or live on earth with just one companion
because what if this companion is one’s shadow
or what if night comes and the streets are drenched in coal
and all you hear are gunshots
and the god in the sky is making love with the god in the waters
and the gunshots stop and you can hear
a woman in labour screaming
hurling curses at Eve for her damning sin
and the woman takes a long, loud, last breath
and a new born wails, bringing the night
into an empty sunrise.
————————
Poetry: Omotoyosi Salami
Image: Pixabay.com remixed

Omotoyosi Salami is a budding writer and poet who would stay in bed reading and writing everyday if she could. A lover of Yoruba traditions and culture, some of her work have been published or are forthcoming in Brittle Paper, Kalahari Review, Merak Mag and a number of other online journals. She lives in and writes from Lagos, Nigeria.

The Woman on my Street: Poems by Amina Dauda Oseme

If You Come Tonight: Poems by Rasaq Malik Gbolahan