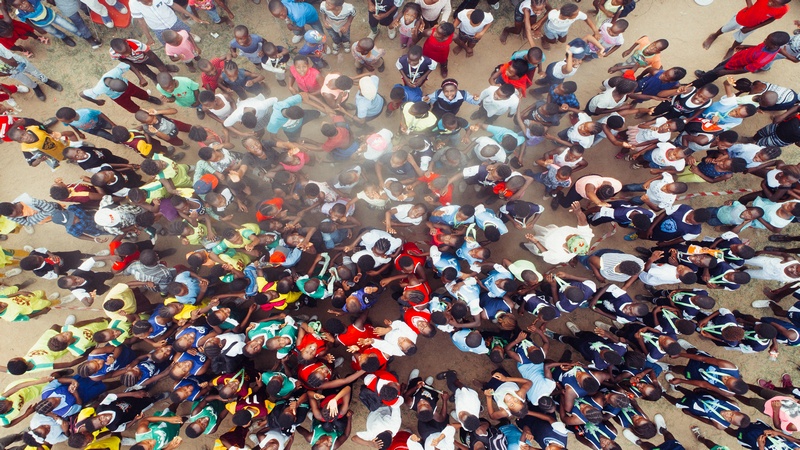 if indeed Barrow could stick to his dream
and pull old Jammeh’s smelly foot out of Gambia’s golden boot
after Goodluck had left Nigeria for Buhari smiling
and Ouattara, Macky Sall and Patrice Talon had unseated powerholics in the West;
indeed times are changing, soon this wind will blow this way
to rouse sleeping giants in our starving states.
.
the aging Mugabe gonna step out of the arena
to grant his aching bones rest,
and let Tsvangirai enthrall Zimbabweans with new song and dance
Museveni and Nkrunziza gonna stop frustrating their nations’ dreams
with some awkward dance that’s rendered thousands poor, dead or homeless
and let viable seedlings grow, blossom and burst into flowers of joy.
.
the warring tribes of Congo gonna be sickened by blood and sorrow
and burn their fighting sticks one morning
to foster brotherhood and renewal of their development agenda.
.
the little Sudan gonna stop destroying itself, for
children to remain and build a home for their dreams
greed rips brothers apart!
.
then, justice shall be our shield
and our song bear glory and honour
for pride shall reign upon whoever dances to it.
—————–

a medic dropped a stethoscope and ran to the streets, screaming
as patients helplessly looked on, death beckoning from afar
and nothing was done!
.
a red-eyed uniformed brother pursued, wielding a baton
sure to split a skull again
for another badge of honour
and nothing would be done!
.
our president sealed his mouth, and hid behind empty words: ‘tuko pamoja’
ignoring the ugly sight of starving subjects in Baringo, Turkana & everywhere
and nothing is done!
.
he fastened locks onto metallic guards of his privacy
and invited his greedy generals to a feast–
they are eating the meat we hunted together in the wild
as we salivate
and nothing is done!
.
he stuffed ears with wax, not to hear our song of sorrow
and peppered words, hurled about by his evil allies;
they cry for blood, and insult us publicly
and nothing is done!
.
some officer swallows our money & gulps our oil
and nothing is done
some officer openly offers his hand to be greased by a criminal
and throws bullets at innocent earth children
and nothing is done.
.
but we swear, curse & move on
because we’re a forgetful & forgiving nation!
—————–

DOWN WITH THE OLD BOOT!

a man doesn’t dance twice in the arena
no matter how best he folds his limbs & wriggles his body
to follow the rhythm of the drum.
when nightfall comes, and the drum threatens to tear our ears;
he should retire, and let youngsters rise
to dance the night away with newest songs of the season
too much of something drives one to the grave!
So?
dipping our heads in sand, like the proverbial ostrich
to spare our hearts the agony of their awful ways
because it’s taboo for a child to see an elder’s nakedness
won’t save us from our eminent doom
old ideas have lost vigour and valour, thus dance lame before our eyes;
it’s now time for the newest to sprout
and usher in long awaited moment of glory
if the ballot won’t birth the freedom we long to enjoy
certainly, the bullet will, at a severe cost though
we shall bleed & sweat, nothing’s free, nothing’s free!
Soon, after clouds have gathered, and the skies burst into fresh tears
to settle the dust of the Sahara
Let every soul be armed with a vote and a fire-spitting stick
Should one fail, the other won’t.

Too Good To Live: A short story by Henry Chukwuemeka Onyema

Serendipity: An Essay by Oscar Mubila