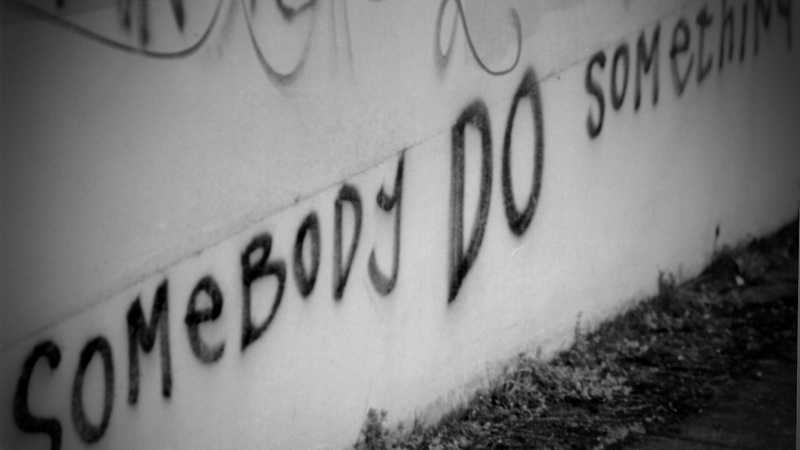 I paint a future.
Graffiti of imperfect pictures.
I’m divinity– prophet-king
Creator of a future in the mould of art.

But I’m stuck.
Trapped in an artist’s rut
Overwhelmed by
The chaos that is my mind
Mirror of my world.
I’m stuck. A madman in bed with confusion
A dream checkmated at the runway
Your cry a nagging balm
Firing a drive
Bulldozer against walls
A lion’s wake up siren

That’s when I knew
We’ll fight for this dream
Against even Bush’s army
Against the Taliban and Boko
We shall scoop hot coals
From mountain tops
Cook our food, warm our hearth
We shall take paradise from Eden
Domicile it here
And bid our people dance

Graffiti of
Imperfect pictures combined
To build a future divined.
==========

Tonight, the World Will Listen

The world no longer listens– why should it? Children are left to die of malnourishment while parents dodge bullets whizzing around them from barrels wielded by both governments and rebels. Every day, thousands are blown to smithereens, victims of a terrible war fought on behalf of a god who seems to have an insatiable thirst for the blood of the innocent. Yet every second, in a tiny village in Damascus, another mosque sprouts. As the Yang to its Ying, a zinc-house is converted to a church in faraway Ahoada in Rivers State Nigeria. They sprout like mushrooms daily, their deafening attempts to out-shout each other and lead us to salvation merging to form a cacophony. There is no salvation for us from these. We cannot hear them.

The world is in chaos. Hate builds like a tower of Babel. Living in the midst of artificial love, we realise too late that we stand alone–often. Governance has become a private enterprise; love is now for the optics; and our long standing communal bond has reached breaking point.

Our world is a whirlpool. Everybody struggles to stand firm by focusing only on self even as the turmoil makes concentration a near impossibility.
In the midst of the chaos, a lone voice comes, firm, gently whispering, soothing hurt souls and tending the wounded, unmindful of the whirlwind. Amidst the chaos, she finds order, a divine spark of brilliance hinged on the knowledge that order begins from within and like a branch stretches out.
Tonight the world will stand still. The rumba shall be heard, and she shall waltz gracefully around us all, singing, not like the Sirens, but enchanting all the same. The world will listen in rapt attention. Healing shall course through our veins and the order from within her shall extend to us all.

Tonight the world will listen, as she sings of hope, healthy children, a world free of violence, camaraderie, love encompassing, and Eden on earth–it is the reason for her birth.
Her Queendom has come, and tonight the world must listen!

==========
Poems by Nnaemeka Oruh
Image prior to slight edit: Doug Geisler via Flickr

When Words Fail to Leave: A Review of Footmarks

To Court A War: Poetry by Iyanu Adebiyi

The Wizard in Ngugi’s Craw: A Review by Ikhide R. Ikheloa