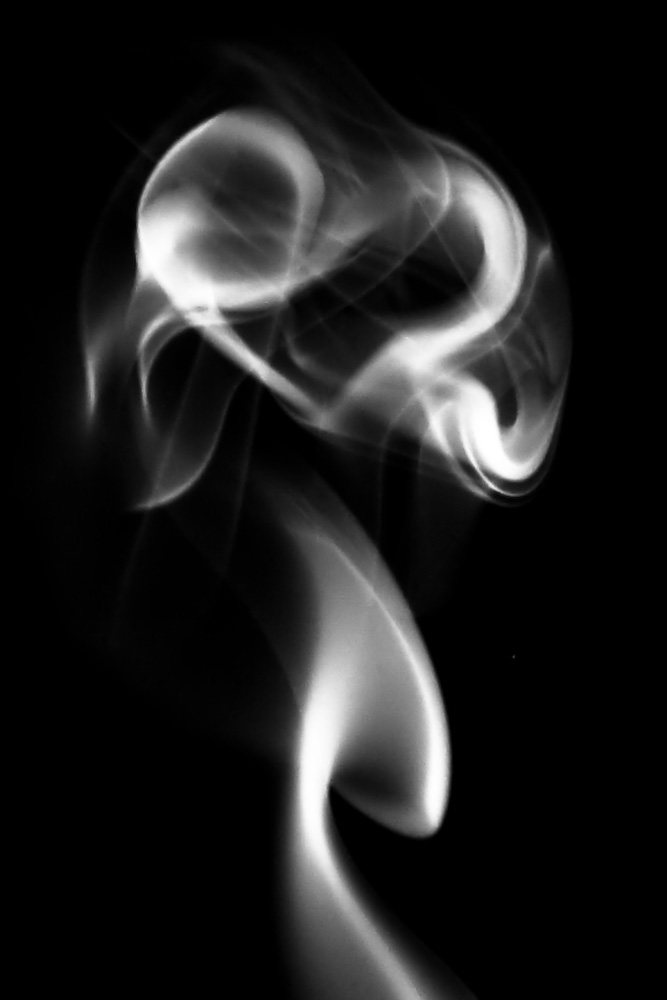 The finished product was astounding. She looked absolutely beautiful. Her make up was inch perfect, and she was a vision in her satin wedding gown. “My bonny lass,” Russell fondly called her.

She could hear the celebratory sounds outside – the singing, laughter and dancing. Her aunties ululated as a car drove up to the gate and joyously began hooting to the beat of song. It was a momentous occasion indeed. Tammy was getting married.

Tammy continued to stare at her reflection in the mirror, but not seeing it. She was lost in her own world – a world of stark and painful memories that threatened to engulf her in one tidal wave… Absent-mindedly she fingered the plunging neckline of her gown, and placing a shaking hand over her terrified heart, she heaved a huge sigh.

Looking down, her eye was caught by the gilt framed photograph that stood on her dresser. A faint ghost of a smile played on her lips as her eyes misted over, looking at the image. Russell. Sweet good-natured Russell. He’d rescued her from a life of fear, pain and betrayal. They’d become good friends and the relationship had naturally blossomed into love.

She had really thought she was over Gavin. She had felt like a young girl again, safe and happy with Russell. She’d started building her life over again, until she’d heard the news. Gavin had remarried a year after they’d broken up, and flown overseas with his family. He had been blessed with twin sons after the daughter he’d had so long ago. A daughter he’d named Tamara. A child he’d had with someone else. And here she was…. On her wedding day, still crying over Gavin and their dead son.

Oblivious to the fact that the tears had started flowing, Tammy got back on that painful tortuous road that had been her thoughts for the last nine years. In her mind’s eye she saw him again. Gavin. How she had loved him so!

He had been a fine looking young man, who’d captured her body and soul. It had been a heady feeling – falling in love with him. She had absolutely adored him. They had dated for barely six months before she discovered she was having his child.

They were so young! Their families had been outraged by their revelation, and yet neither could keep the two apart. As the baby grew within her, Tammy experienced a peace she had never known before in her life. She’d dreamily paint glorious pictures of the future with her Gavin and their beautiful little children. How they’d grow old together and watch their children excel and go out into the world.

She’d often sit under the shady guava tree and speak fondly to the growing mound beneath her dress. And when Gavin came over, her happiness was complete as he marveled at her changing body and touched her ever so tenderly.

Her euphoria was short lived. Family relations had worsened, and in a climactic encounter, her husband to be and her uncle exchanged harsh words, and it was all over. Gavin had become a stranger in the twinkling of an eye, and had coldly told her they were through. Despite her tears and pleading he had turned his back on her, and left her life as he had entered it – in a flash and with force.

Tammy had been devastated. No amount of consoling could quench the pain in her heart, nor ease the torment inside. She’d mourned her stillborn marriage with every fibre of her being. She’d wanted to die, and each day thought she’d breathed her last.

Still Gavin’s child grew within her. Outwardly she blossomed and became even more beautiful than she’d been before. Motherhood became her, so they said. She found no delight in it all. Even Death itself shied way from her as she invited it to engulf her, and so she lived on.

Seven torrid months down the line, she went into labor.

It was a difficult eighteen hours, and she became delirious as she cried out his name. She wanted no one else but Gavin. It was a piteous sound. Her mother had tried to calm her, applying soothing cold cloths to her feverish body but she flung her away. She was not Gavin. She didn’t want towels, or pacifying empty words. She wanted Gavin.

She’d cry for him, and the echoes of her distraught calling were bone chilling.

And when there was no response, she’d break into heart wrenching sobs, despair washing over her.

In a sea of stormy despair, her life jacket would be her baby. She’d find something to live for – someone to love her. She’d still have a part of Gavin, who would live on in her child.

Life wouldn’t be so kind to her. She finally brought forth her source of agony towards the breaking of day. She tiredly waited for the baby’s cries. Nothing. She struggled up despite the pain.

Neither one of the nurses moved. The young doctor, with tears in her eyes, had wordlessly come forward and taken her hand.

It didn’t make sense. What had happened? How? Waves of nausea swept over her as she battled to stay calm. She needed to think; needed some air. She couldn’t handle it and as she began to scream, a merciful darkness enveloped and swallowed her whole.

It had been difficult to go on. When she came to, she couldn’t stop screaming. How could God be so merciless, twice in her young life? Barely twenty-two, she’d lost a husband and a child. And yet the sun rose day by day, as if to mock her. She had to go on somehow. And go on she did.

It was a painful process, picking up the pieces. Everywhere she went she saw happy couples and babies. She’d left a church service in tears once, when an elder and his wife dedicated their eight-week-old son to God. Her son would have been the same age.

The pity-filled looks people gave her made her feel ashamed and rejected. She left her neighborhood and rented a small bed-sitter. She lost herself in work, and began to rise through the ranks. Her job was all she had.

She worked hard, and threw her whole heart into study. She finally graduated from University with the degree she had stopped midway to have Gavin’s son.

She’d met Russell there – a quiet studious intelligent young man. Russell was a simple man from a simple background, and most women in her class did not understand how Tammy, the intelligent voluptuous Tammy, could even spend time with him. How could they understand her need to be with someone who wasn’t like Gavin; who wouldn’t remind her of what she’d left behind?

So here she was, nine years later, getting married to Russell.

She had grown to love him in her own way; not the passionate carefree manner with which she had loved Gavin; but a more mature restrained kind of love. She had tried to date other men without success. She had tried to shop Gavin out of her system; party Gavin out of her system; knit, holiday even pray him out. No use. It was as though he had become an inseparable part of her.

She was at a crossroads. Russell had declared his undying love for her and was ready to make her his wife. By day she saw the rationale behind her accepting his proposal. She had told him everything about her past; the first person she’d really spoken to about it and wept forlornly in his arms. He had wiped away her tears and in a voice breaking with emotion, vowed to love her more still to compensate for her loss. She had said nothing in response, and smiled sadly at this kind gesture. He did really love her but nothing and no one could ever make up for her loss.

She also knew she had to move on with her life. Fast approaching thirty-one; she longed to mother a child of her own. She had made peace with Junior’s death and knew she had to try again. Try again at love and life.

And she really did want to go on. But Gavin, even in his absence, seemed to stand between her and her happiness.

In her dreams Gavin would visit her, and beckon to her to follow him. She’d run after him, laughter bubbling from her heart as she pursued her elusive lost love. She’d call his name and he’d appear, beckoning her further and further away from all that she held dear. Then he’d stand with her on the edge of the Earth, and push her off, and laugh mirthlessly as she screamed and fell into unending terrifying blackness.

A knock on the door brought her out of her reverie. Roselyn’s worried face popped around the doorway. One look at Tammy’s face and she had shut it and hurried forward. Tammy dabbed ineffectively at her face as Rosie came closer, with a stern disapproving look on her face.

“Now Tammy…” she began. “Today’s your day. You are getting married. You’ve worked hard for this so don’t spoil it last minute.”

Getting no response from her friend, she cupped her beautiful tear streaked face in her hands.

“You will go through with this, and be happy. You will close the door on the past and move on. It’s been nine years Tammy! Nine years! Let it go and live again. Please, if not for yourself, then for the memory of your little boy and me. That child is a little angel now happily lying in God’s arms. God saw fit to take him when He did. Don’t fight Him. Besides, I don’t think Junior would want his mother to be unhappy”.

She’d named her dead boy Gavin Junior even as he was taken away and cremated. A picture of that terrible scene flashed across her mind even then.

Roselyn had deliberately chosen her words, knowing it would hurt. She watched Tammy flinch. Only that could get her out of her despair. Miraculously it worked.

Rosie held her best friend of three years in her arms as she sobbed her eyes out for a few minutes more. When she finally quieted down, she released her and looked tenderly in her eyes.

Tammy nodded, turning to the mirror to repair her ruined make up.

She had definitely made her peace with her ghosts, and would make Russell a devoted wife. She would move on and never look back again. The past was exactly that – the past. For now it was time to let the celebrations begin in earnest.

Lifting her face, she cast a radiant smile upon her heavily pregnant matron of honor.

“Heaven help me! In a few months’ time I’ll look like a bloated pork pie like someone I know…”

She laughed as Rosie threw her bridal bouquet at her head, ducking as it narrowly missed her head.

“You’ll be okay, you sod,’ Rosie shouted as she hugged her friend.

Tenderly wiping a stray tear away, she repeated softly, “You will be okay”.

Sandra Heteckery-Gudza is keenly interested in the many facets of the life and challenges of the African woman. A homemaker contributing from Zimbabwe, she is married with three beautiful children.

The Unsung Nigerian Writer in a Hip-hop World

Praise Osawaru: I Remember It Like Yesterday Because It Was

Praise Osawaru
We use cookies to ensure that we give you the best experience on our website. If you continue to use this site we will assume that you are okay with it.Ok