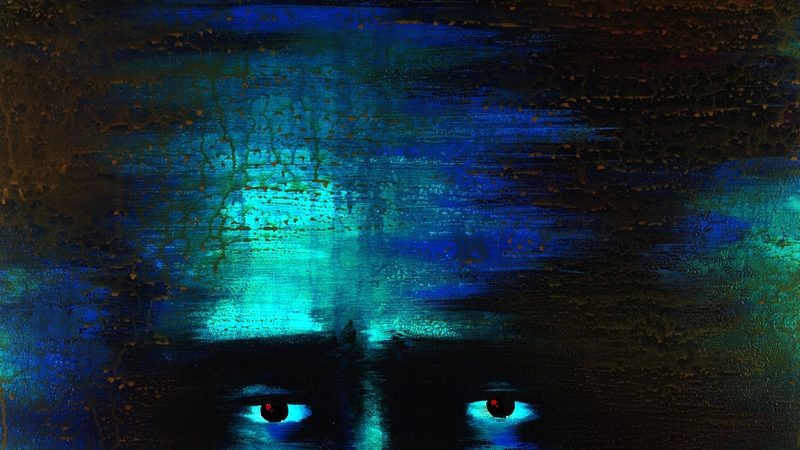 Have you ever heard someone define the horizon to you?
I remember my father telling me they were where the lips of the water touched the sky

Are graveyards too places were the dead touch lips with the world of the living?

Have you never wondered why the word beyond makes you think of horizons
And boundless blue spaces?
Maybe it is the death in us.

Have you ever heard the moans of leaves dying on the pavements?
Have you ever asked where birds pick their songs?

There are entrails of a dead dog
In this morning of clean air
And passers-by hold their noses, hurrying away
Because death stinks

But has it not been said that the world is a passage?
Are we not all waiting in line, a long line of people waiting to die?

My mother sent me a letter
But it had no words
It was just her eyes in the blue room
It said:
‘Nothing is ever lost.
We leave marks behind.’

But maybe death is the colour blue

Maybe death is not something that stinks, like
Blue Ice
I smell of it

Or how else can I begin to take notes?
Our history is coloured with death, a beautiful blue portrait
Maybe I should not ask, ‘Why?’