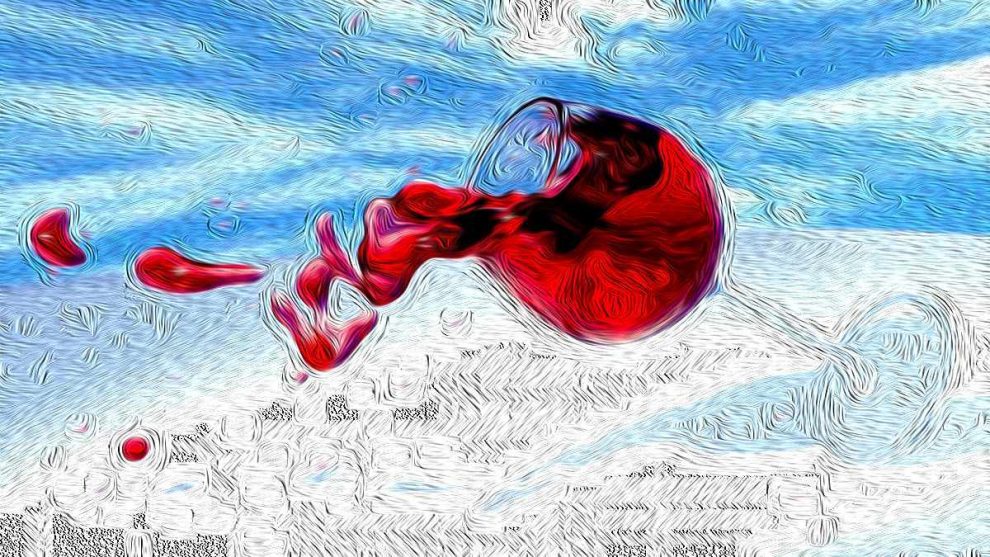 “Not too far from where I live there’s a bar.”

Juma looked across the table, partly startled by the visitor’s sudden icebreaker. It was all the words he had let out, aside from the reluctant response to his greeting some minutes ago.

“It’s quite old,” he continues, “I go there sometimes. It’s not my preferred type though. The people that frequent there go in their high-end suits; a sharp contrast from my faded jeans and checked shirt. It makes me stand out, something which doesn’t bother me at all. Besides, everyone inside a bar spends the entire night trying to stand out, with their exaggerated dancing and conversations; too loud, that they compete extensively with the music that dominates the atmosphere. The music there is great, by the way. I think a little bit of soft rock is a great blend with intoxicating spirits. Just my opinion…”

“The funny thing is, when I go there these days, I find it difficult to drink. I sit down, I buy a drink, I watch the fizzing dissipate and I leave five minutes later. It’s like a whole new routine I’ve added to my life. I still find it hard to take even a little sip. I don’t know if my throat is tired of the burning sensation, but after all these years I doubt that would be the case.” He lets out a short laugh as he shrugs his shoulders. His hat tips a little bit backwards in the process, and he returns it almost immediately.

He turns and looks up at the ceiling. It’s like he’s reading from an invisible script.

“I haven’t had a drink in six months. The times I would drink are now like a distant memory; like a soldier whose memory of a full limb has been drowned by newly found happiness with a prosthetic. And to think of all those times my wife tried to force me to stop drinking. I didn’t have to go to a single AA meeting to stop.”

He shifts in his seat and turns to look at him, this time directly in the eyes.

“The thing is, every single time when I sit in that bar and stare into that drink, I’m not counting down numbers, bracing myself to feel my throat burn. Neither am I staring at my reflection in the drink like I’m deeply questioning my life’s choices.”

His voice is gradually rising. His eyes are narrowed; piercing, like the sharp point of a knife digging deeper into flesh.

“I stare into that drink and I can’t hear the loud music. I can’t sense the profound smell of stale beer, cigarettes, and body odour. My mind replays the night my daughter had her last breath. Nurses rushing all around me, her lifeless body jerking on her hospital bed – it’s like a scene out of a hospital drama. The smell of antibiotics and disease is profound. And the curtain call is a nurse trying to explain to me that my daughter has just died. And that’s when I leave.”

“I didn’t come here to make us relive the events of that day because I know that you’re hurting just as I am. I would have come with my wife but she can’t stand the sight of you, understandably. She exerts a fervent determination in everything that she does. She’s one of those people that decide on something and sticks to it. She’s a lawyer, so I definitely cannot blame her. I think she’s still coming to terms with the loss. So please understand why she didn’t come to see you.”

The man nods back.

“I came here because I think that we ought to have a different curtain call, rather than just dwelling in the memories of our past sins. Because I feel that both of us could have made better decisions that day. You should have known better not to drink and drive. It would be so easy for me, let alone the world at large, to point a finger at you but I won’t. It’s the easy way out. I should have gone to pick her up from choir practice that day as I usually did. Instead, I told her to take the bus. I was at a meeting pushing an idea that in retrospect could have waited a day. My wife tells me that I shouldn’t blame myself, but I find it hard not to since all this would have been avoided if I wasn’t so selfish.”

His voice was breaking. Juma was confused about what to do. How do you comfort a weeping man?

“She blames you though. She refuses to acknowledge my sins but she credits to you our daughter’s death. I disagree with her. I deserve to be locked up here with you if that’s the charge, but it doesn’t work that way, does it?”

He pulls out a handkerchief from his coat pocket and blows his nose.

“For the longest time, I was disappointed in the fact you were an alcoholic. That sounds ironic coming from me, I know, but it’s true. I didn’t want it for you, because I hated it for me. I didn’t like that my life was being controlled by it. It cost me my job once, and almost cost me my marriage. I tried hard to leave it, with some persuasion from my wife, but I couldn’t. I couldn’t function without it running through my veins like blood. When I heard that Salma had been hit by a drunk driver, I felt that it had now taken away my daughter, just as it had taken you. I wanted to kill the bastard that did it so badly, but when I saw that it was you, I felt disgusted and helpless, because I had now lost you to alcoholism.”

He lets out a deep sigh.

“I choose to think of my inability to drink as my chance of being sober. I chose this as a chance to reclaim what alcohol took away from me; to reconcile myself with my past and make things a little bit better, and at least take the sourest lemon I had got in life and make it into something resembling lemonade. And it had to begin with coming here because I’d like to think I have an inkling of how you’re feeling. I understand what it’s like to have your world crumbling down around you because of alcohol; to feel like you can’t do this life thing. I know you blame yourself for everything, which you should! I blame myself too for what happened that night. But I think we ought to start with forgiving ourselves first, don’t you?”

He clears his throat.

His visitor stood and placed his hand on Juma’s shoulder.

Juma looked up to see tears welled up in the man’s eyes. His were starting to well up as well.

“I thought alcoholism was the worst thing to have happened to me since it had taken all my children away from me. Somehow on a broad sense, it has brought you back; my boy and created a chance for us to reconcile. Don’t let these walls mislead you; things are looking up for you. Don’t worry about whether you’ll go through this alone because you have all my support. I’m glad you’ve stayed sober all this while. Stay well, my son.”

Juma looked up. He couldn’t remember the last time his father looked at him that way. As he turned to leave Juma pulled him back.

“Tell mama I’m sorry, for everything.”

Image by MasterTux from Pixabay (modified)

Billy K. Boruett (Billy Kipkemboi) is a Kenyan writer based in Nairobi. He has a Bachelor of Laws (LL.B) from the University of Nairobi. He has a passion for writing and enjoys reading a lot of literature as well. Some of his work has been published in CWC Kongo’s Anthology ‘My Name is Sorrow’. He is also the resident writer at his blog ‘Synoptic Thoughts.’

Seotsa 'Soh' Manyeli
We use cookies to ensure that we give you the best experience on our website. If you continue to use this site we will assume that you are okay with it.Ok